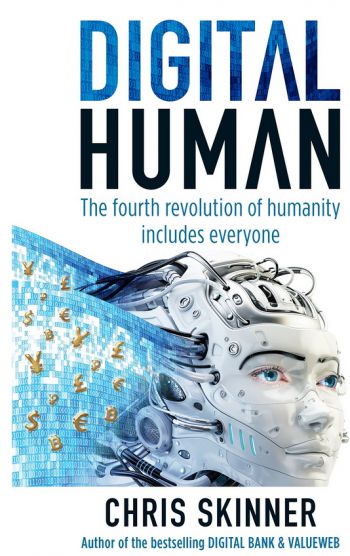 Throughout history, periods of technological and societal progress have allowed for advances in commerce and trade, enabled by greater sophistication of financial services.

Historically, these advancements led to the development of banking and the financial services industry. Along the way, some aspects of commerce—for example, bartering or payments in gold—have faded.

These diminished practices have given way to others, which were more efficient at facilitating commerce or made life easier. From simple bartering to cryptocurrencies, these changes have not always been viewed favorably by some. However, on the whole they have led inexorably to the advancement of humanity. And they have lifted millions from poverty and opened opportunities.

That we are in the midst of one of these periods—one which threatens to dramatically change banking and potentially diminish the role of banks—is the premise of Chris Skinner’s latest book, Digital Human: The Fourth Revolution Of Humanity Incudes Everyone.

Skinner posits that we are currently living through the Fourth Revolution of Humanity. This revolution, like the previous three, will precipitate changes in commerce, trade, and finance. He believes these changes will in turn have profound impacts on how people use and consume financial services.

What marks this fourth revolution is the growth of Digital, especially mobile capabilities and the access and connectedness that mobile technology permits. According to Skinner, we are witnessing the “digitization of humanity,” which results in the “collapse of space and time,” creating a “network available to everyone, everywhere." [Download Chapter 1 for free]

The Fourth Revolution will not be televised

It may not be televised. But this Fourth Revolution, the Digitization of Humanity, means there will be live-streaming, peer-to-peer global interaction. It will be paid for in real-time. It will be documented in Facebook posts, Instagram pics, and other digital footprints. This will demonstrate that it is here now. And it will hint at how it will continue to influence our future.

As with each preceding Revolution, this Fourth has significant implications for society and bring both opportunities and threats to banks and banking, according to Skinner.

At the highest level the digitization of humanity is eroding boundaries and overcoming exclusion. This “network age” is accessible to almost everyone, anywhere. The resulting societal changes will bring new ways of transacting that banks will need to begin preparing for, in order to take advantage of the opportunities, or at a minimum remain relevant.

While some may lament the growth and impact of social media, there is another, highly beneficial impact of access and connectedness, according to Skinner: the elimination of poverty.

Poverty remains a problem, and not just in third-world countries. Skinner includes sobering statistics on the state of poverty, in the U.S. and Great Britain. In 2015, one of eight Americans —43 million people” live in poverty. In Great Britain it is slightly worse, where one out of five people face the limitations and challenges that come with living in poverty.

One of the dynamics making it difficult for these folks to escape is lack of access to financial services.

“If you can’t get access to financial services, you are locked into poverty,” Skinner writes.

Skinner includes many examples where digitization, especially mobile services, is lifting people, the unbanked, from poverty though providing access to financial services and markets. Some, like M-Pesa may be familiar. Others will be new to the reader.

Each example points to the promise and potential of this Fourth Revolution. They should also serve as a warning to banking industry incumbents that current business models are at risk.

Skinner includes many examples of new entrants and non-traditional competitors to banks. Will these, and those not yet past the planning stage, result in the death of banks?

According to Skinner, no.

Skinner is a proponent of banks. He doesn’t fall for the hype that banks will soon disappear. However, he does make a compelling case that legacy revenue streams are at serious risk.

Beyond revenue streams, banks are in danger of being disintermediated, no longer being able to fully control their own distribution, as would happen with the growth of financial services marketplaces, where a bank is one of several options being presented to prospective customers.

It is true that these threats are not immediate. It is also true, that the changes required of banks will not be easy.

The longer traditional banks go avoiding the tough decisions or ignoring the opportunities and threats inherent with the Digitization of Humanity the greater the risk they will become, like bartering, diminished in importance.

Skinner correctly points out the challenge for banks. Simply, there is little immediate economic incentive for change and there are lots of forces serving as headwinds.

At what point, though, does this simply become an excuse to avoid preparing for the future?

Reviewing the history of business, there are numerous examples of companies and industries which either failed to recognize or more commonly, chose to ignore the changes in technology, consumer behavior, and competitive landscape affecting their industries.

What banks should be doing

What then, should banks be doing now? Skinner advises several actions banks should take immediately;

• Address your technology debt. According to a Celent Survey referenced by Skinner, 75% of all bank IT spending goes to maintaining legacy systems, leaving little to invest in new, emerging technologies and capabilities.

This “tax” on preparing for the future is not borne by new, non-traditional competitors.

• Recognize that the barrier to change and advancement is us. People and organizations have vested interests in the status quo. This can result in failure to anticipate and lead disruptive change.

• Diversify your board: Diversify the experience and expertise of your board. Specifically, Skinner advocates for the placement of technologists in the boardroom.

Technology is important, but…

Skinner is a respected thought-leader in banking and has in Digital Human provided context on how the current changes facing banking are the next step in the evolution of society and finance.

He has also added some unique insights and perspective to the chorus of books and articles on the future of banking.

Unlike many of those voices, Skinner is more pragmatic. He recognizes that banks do— and will—continue to provide valuable services.

However, Skinner does have his own excess: an overly reliant belief in the inherent power of technology.

Technological advancement does enable change. It does allow for innovative solutions. And it does present a threat and an opportunity to established players.

However, it isn’t a linear progression. The best technology doesn’t always win. Nor are people always willing to adopt it.

In many cases network effects and learned-customer behavior are significant barriers to adoption and could result in current, even if less-efficient practices being entrenched, at least for a while.

Banks in developed nations face a catch-22 situation. The majority of customers are comfortable with existing capabilities and perceive the pain of switching to be high. What we have today works and, for the most part, meets our needs.

In less-developed nations, with lower levels of trust in social institutions and with more current “costs” in transacting in commerce, new technology offered something that was significantly better. Constraints drive innovation.

This results in a much greater return on investment in those countries than in developed nations.

So, banks in developed countries have a choice. Do they invest in new technologies and capabilities before their clients are ready? Or do they wait until the need is prevalent and seek to be a “fast-follower”?

If they pick the latter choice, can they move fast enough to avoid losing relevance?

And if they pick the former, can they afford the cost of supporting multiple platforms and waiting for the return?

One paradox and a tyranny

There are two incongruities affecting consumer behavior and which may serve to delay, or alter, the vision offered by Skinner.

This is where technology, intended to make one more efficient and simplify the life of a customer, actually complicates things. The customer is required to learn something new and may feel overwhelmed by features and functionality.

Second, is the Tyranny of Choice.

As customers are offered more choices, it is harder for them to decide on a course of action. As more information becomes available, instead of enabling better decisions customized for the need of the individual, it actually results in poorer decisions or lack of action.

The result of these two phenomenon is that customers are perceiving complexity. As a result, they are acting, in many ways, as low-information consumers.

Research has shown that consumers are not rational actors in their approach to financial decisions. Accordingly, when faced with perceived complexity and information overload, there is a strong attraction for the familiar.

There is also a lack of confidence and fear either of making a wrong decision or of being taking advantage of. This produces a strong desire for confidence, trusted advice.

Looking outside banking, this is one reason why the number of independent bookstores has increased over 20% since 2011, according to data provided by Statista.

Is this where community banks can win, without being able to make the same levels of investment in technology?

Consumers will eventually grow comfortable with the technology. Someone will eventually deliver an experience that engenders trust and confidence and simplifies the delivery of guided action, cutting through the noise for their clients.

Question is when and how much is technology-driven, versus client-experience driven?

These questions are addressed in the wonderful Ant Financial case study included in Skinner’s book. Several points contained within the case-study are especially insightful:

• Companies can get caught up in the excitement of thinking about the future. They can forget what works today.

• There are costs and pain associated with switching. It takes time to build comfort and trust.

• User experience conquers all, not features and functionality

These points are summed-up by Chen Long, Chief Strategist at Ant Financial: “Look at history of innovation and change in financial products and markets, it is very slow because people do not trust change. Trust is a key part of this. ... First we are slow to accept changes because trust is important in finance. Second, we are lazy.”

Digital Human: The Fourth Revolution Of Humanity Includes Everyone is an important read for anyone involved in bank strategy, or preparing their bank for the future.

Nothing offered by Skinner, as his vision for the future, is invalid. I do believe it is incomplete, as Skinner focuses too much on technology driving change and not enough on the human component.

Skinner also provides a helpful summary of current hot-topics in technology and even ventures into what comes next—what the Fifth Revolution might look like.

Ultimately, Digital Human is an important manifesto for change. That change may or may not take the form presented by author. However, one can’t deny that change is coming.

One word of caution to the reader. Skinner does employ several examples and analogies that some may find questionable, weird, or even offensive, and which can detract from the important topics he is discussing. 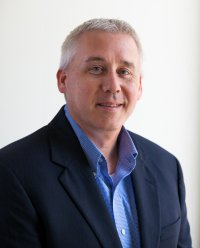 More in this category: « How doing good can go with doing well Book Excerpt: Chris Skinner’s “Digital Human” »
back to top