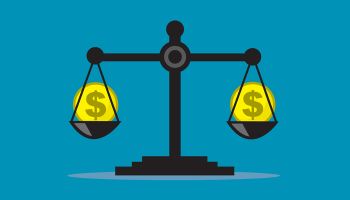 Look-alike loans may not really be alike when you dig into the data. Common sense would tell you that. Each "Common Sense Compliance" blog brings perspective by delving for meanings behind trends—and missed footnotes that mean a big deal.

The Consumer Financial Protection Bureau has issued final regulations expanding the amount of data to be reported on the HMDA LAR. The bureau has high hopes for this data.

Setting up the targets?

HMDA began life as a tool for measuring the willingness of chartered financial institutions to take inner-city residential property as security for a loan. The LARs (loan application registers) were fairly simple in those days—dollar amounts by census tract. Over time, HMDA (Home Mortgage Disclosure Act) has been expanded to become a tool for fair-lending examinations and investigations. More and more data was added to the LAR. The latest additions are the most significant yet.

In expanding the LAR, the bureau has announced that it expects to use the data to find discrimination in lending.

Developing discrimination cases without leaving the comfort of one’s office may have some appeal, but will it work?

There is a reason that LAR data has not been used to prove discrimination: It doesn’t include all relevant information about loan applications and decisions.

The new LAR will indeed include much more information—but not enough for proof.

To know that this is the case, all you have to do is look at a pile of loan files.

Every loan application is different. So no matter how many data items that are analyzed, there still may be hidden differences.

What HMDA data does show

Analysis of HMDA data can reveal much about lending practices, particularly where risk-based pricing is in play. HMDA data provides all the basic elements of loan decision making. Statistical analysis can identify patterns that are consistent and particular loan applications that are outliers, i.e., not consistent with the general trend of decisions. It is in looking at those outliers that we learn the most about loan decisioning and possible discrimination.

Many banks have gone through the process of reviewing the outliers to determine whether those loan applicants were treated differently. And if so, the next, very important question is “Why?”

Interestingly enough, the outlier reviews have almost always answered the “why” question. There is something in the file, often unusual and therefore not collected with other data, that makes the application different.

That is important food for thought.

Applications that look similar may be treated differently because of something that is not revealed on the LAR. For example, the reason for a bankruptcy may result in different treatment. Income may be affected by factors such as an impending layoff or employer bankruptcy.

Prove it to yourself

To think about what data can’t tell us, look at the application files. Do a matched pair review of approved and denied applications to find the similarities and the differences.

The similarities are what the HMDA analysis found. Finding the differences which resulted in different decisions is up to you.

One institution that was given a list of more than 200 outliers went through this process. The results were astounding—to the examiners.

Every one of the outlier files was explained—without discrimination.

In short, once you really look at all the facts, you are likely to win your case.

More in this category: « Day in the life of Compliance How to be a better compliance officer »
back to top