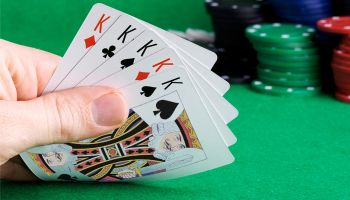 My previous blog concerned the role of the Chairman of the Board of a community bank. In contemplating that blog afterward, I thought fondly of numerous community bank board chairs that I have met, interacted with, and often become friends with over the years.

I thought I would provide you with a few examples and types of community bank board chairs. Any of these five look familiar?

1. The Contemplator and Deliberator

I recall fondly a community bank board chair—now retired—whose strongest trait was his ability to not get panicked.

If something came up at or between board meetings, he would advise whoever would listen that it was time to contemplate and deliberate over whatever the matter was. He wisely said that often things that appear to be emergencies will resolve themselves appropriately with the passage of some time.

Unfortunately, that approach, when taken to the extreme, paralyzed the board.

Nothing could be decided unless there was adequate contemplation and deliberation, as determined by the Chair.

As a result, the company had a tendency to dither.

The board passed up numerous acquisitions of other organizations and hiring of new, potentially strong, personnel, to the bank’s detriment.

I suppose the good news is the board also did not make any snap decisions that got the bank into trouble.

And this board continues to do a fine job today.

2. The Esoteric Board Chairman

I also fondly recall a board chairman who could only be described as “out there.”

I got to know this particular fellow quite well. I had dinner with him, just one-on-one, numerous times. Honestly, a lot of what he said and related to was so far off in the clouds that I always kidded him that I had no idea what he was talking about. I told him that he needed to bring it down to my level.

His use of analogies was nothing short of excessive, or as the regulators would say, “robust.”

The problem was that his analogies, most of them, did not make sense.

This particular board chair, while overall I think could provide good leadership, did not score an “A” on communication.

I have met a number of board chairs over the years who were engineers by training. I can generally tell who is an engineer on a board because they want to get into the weeds and make sure every single possible “i” is dotted and “t” crossed.

Many times in long-term planning, I advise the group that they are to take a 30,000-foot level view of their organization.

Not the engineer chairman! He wants a close-up view of every screw, bolt, and cog of the organization.

That is not all bad.

But, particularly where the engineer is an outside board chair, that leads to micro-management.

When the engineer is the inside board chair, also serving as a CEO, it just means things must be vetted to the nth degree.

Not a bad thing, there, just a personality type.

4. The Command and Control Chairman

This is probably my favorite board chair.

This is the chairman who reads all the corporate governance stuff and actually, to his credit, tries to implement best practices in every respect at the board level.

There is nothing wrong with that—so long as you do not get so bogged down in the process and the practices, that the board cannot get any work done.

I do recall several board chairs who are of the opinion (they write it as a “best practice”) that in connection with the actual board meeting that every director must speak on every issue.

That is very good—in concept.

As a practical matter, it drags the meeting out immensely.

But the Command and Control Chairman will set up certain immutable principals such as that one, and continue to implement them, whether they make sense or not.

Unfortunately, more often than not, the board chair fits into the “Nice Old Guy” category.

This is the chairman who gavels the meeting to order, hands it off to the CEO of the bank, and then dozes off, or drifts off into daydream land.

This is the chairman who exhibits no leadership, no ingenuity, and no direction for the board.

Although there is nothing wrong with a “Nice Old Guy” being chairman, it is probably not the best for the community bank.

Community banks need chairmen for what they bring to the table, not for their age, length of time on the board, ownership, or prior position with the bank.

That is often a hard pill to swallow.

But it is the one medicine that community bankers all need to take.

More in this category: « Time for new hands on the gavel? Public or private? »
back to top