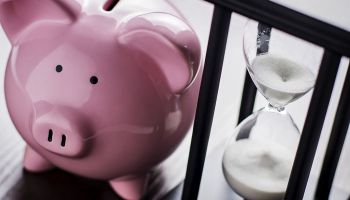 Over the last couple of years, I have spent a fair amount of time in this blog discussing issues related to management and board succession. Each of those issues is, of course, an obligation of a community bank’s board of directors to ensure that the bank has adequate leadership in place to effectively and profitability lead the bank both now and in the future.

Often when community bankers think about succession planning, they immediately default to the “emergency” side of succession planning where the CEO has suddenly died in some freak accident. There is another side to the succession question, however: “At what age, stage, or point in time does the CEO decide to ‘go to the house’ (i.e., retire)?”

When it’s time to go…

During a recent speech, I joked with the audience that when I started in this business nearly 40 years ago, all of the CEOs were older than I am . . . and they still are.

The reality is that retirement ages for many community bank executives have gotten pushed back. Some of this is due to the Great Recession. Some of it is due to other factors. Regardless of circumstances, how does the CEO know when it is time to give up the reins—voluntarily call it quits.

• Ownership issues. One matter that may impact or delay a CEO’s retirement decision is the degree of ownership he or she has in the bank.

If it is a family-run bank and the CEO basically owns 100% (or close) through the family, then the CEO will usually only give up leadership when there is someone in the family who is willing to come in and take it over. Otherwise, the CEOs usually only step down when the bank sells.

If the CEO is a significant owner of the bank but not the controlling owner, or if his or her interest in the bank makes up a significant portion of the CEOs net worth (more usually the case), then the CEO will typically stay on longer than normal because he or she is trying to protect his or her investment.

The CEO does not want, in his or her later years, to turn over the most significant portion of his or her net worth to someone else to run.

On the other hand, it can be that the CEO has very little ownership. In that case, he or she simply is the hired help and really does not have much financial or emotional attachment to sticking around.

• Private, personal honesty. Outside of stock ownership, what really influences a CEO’s decision to retire?  Honestly, though it may sound cheesy, the most common answer is “soul searching.”  Assuming health is good, there are two issues at play here.

Second, what does the CEO plan to do once he or she retires?  I have found that most community bank CEOs are “salt-of-the-earth” community leaders but also tend toward the “workaholic” category.

I have had more than one CEO tell me “Why would I retire from the best (or maybe only) job I have ever had?  What am I going to do next?”

Many of these CEOs have confidentially confided to me that they do not believe they could spend 24/7 with their spouse. (And some have even admitted that their spouse would not want them to.)

• Age—the creeping indicator. As noted, a lot of soul searching goes on when the CEO contemplates retirement. It is sometimes simply for that reason that retirement dates get continually pushed back.

For example, in planning sessions, I typically ask the CEO when he or she is going to retire. Let’s say the CEO is a 58-year-old man. I would usually get the answer “Oh, probably 64 or 65.”

When he actually gets to that age, however, the answer turns into “Oh, probably 69 or 70.”

The real question, then, harking back to my previous bullet, is “What do you do with your time that won’t drive you and/or your spouse crazy?”

I would hope most CEOs would be financially independent at that stage and would be able to find appropriate answers to each of those questions.

Because a CEO’s retirement age is often a moving target, the best way for the board to handle the situation is to get the CEO to commit that he or she will provide at least 18 months advance notice of his or her retirement date.

That leaves the board plenty of time to evaluate internal candidates or search for external candidates without having to be “under the gun.” It also provides for some likely overlapping time for the retiring CEO and the incoming CEO.

• The horizontal retirement. As a final word, there are, of course, some CEOs who will never retire. They will be carried out, someday.

I can think of several individuals who are well into their late 80s, still active in the bank daily, and actually hired a president to “run” the day-to-day operations, but still keep their finger on the pulse. Those individuals probably did not ever know any life other than the bank. If they did not go to the bank every day, their demise would probably be sooner rather than later.

My advice to CEOs contemplating retirement is “don’t wait too long.” Candidly discuss the pertinent issues with your board and strive toward a solution that is workable for all interests involved.