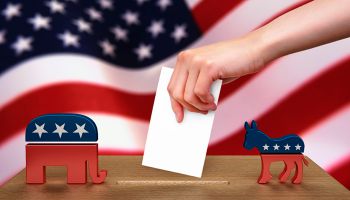 No matter which candidate you'll be voting for, if you're a community banker you'll want to read Jeff's take on your future—maybe even forward it to your candidate.

With the political season winding down (thank goodness), I thought this would be a good time to send an open letter to Hillary Clinton and Donald Trump on the topic of community banking. If you don’t think I’ve covered the base—or you just want to add your “Amen” to this letter—feel free to sound off in the comments section at the end.

Perhaps a way to start this open letter to you is to provide a definition for a “community bank.”

I will start with what a community bank is not.

To use the FDIC definition, a community bank is generally a bank with under $1 billion in total assets that has decentralized decision-making, covers a limited geographic area, and provides relationship-based, traditional lending and deposit-gathering services. A bank with over $1 billion in total assets could also be classified as a community bank, provided that those characteristics remain in place.

When I started in the business in the mid-1970s, there were over 14,000 community bank charters in existence. (Keep in mind, we are talking about community banks here, not credit unions, which is another subject altogether.)

There are now right at about 6,000 charters.

Obviously, the industry has experienced significant consolidation. This trend continues in the present as the industry shrinks more and more. Unfortunately, we have had very few new entrants in the industry, primarily due to the capital requirements and regulatory burden.

What you should know

When one of you becomes President, I would appreciate it if you would consider the following items:

1. Community banks are the economic engine that drives their communities.

Community banks are a good thing.

And they need to continue to operate.

Please do not paint community banks with the same regulatory brush with which you slather Wells Fargo and JP Morgan Chase.

Multiple bills in Congress would help achieve this goal. Please support those efforts.

3. Bring a solution to bank taxation versus credit union taxation.

Either equalize the tax burdens on community banks and credit unions, or at the very least, promote an increased number of shareholders for Subchapter S eligibility.

Currently, Subchapter S is available for community banks. (It has been since late 1997.)

Initially, the community bank or its holding company could only have 75 shareholders to qualify for Sub S. Then Congress changed that to 100 shareholders, with six generations of one family equaling one shareholder.

Please change that to 500 shareholders. It will allow many more community banks to take advantage of the S Corporation rules.

As an alternative, I suppose you could tax credit unions.

Of course, I know that politically that is probably not likely.

4. Encourage the promotion and formation of new community banks.

These are affectionately known in the industry as “de novos,” a fancy French word meaning “new.” As noted above, there has only been a handful of de novo banks formed since 2010.

FDIC has the final say on de novo banks and is required to grant deposit insurance to any de novo bank. And FDIC pays lip service to encouraging de novos.

Yet it remains a Herculean effort to get a de novo bank off the ground. This needs to be simplified and encouraged.

5. Make the federal government stop taking actions that are, by default, driving community banks out of business.

Every change in regulation makes it more difficult to do business. Every additional regulatory effort makes it doubly difficult.

Dodd-Frank alone spurred thousands of pages of regulation. Yet Dodd-Frank was a response to a problem that community banks did not create.

Please roll all this back.

By the way, this also applies to the Consumer Financial Protection Bureau. CFPB apparently has been doing good work at the large bank level—i.e., lots of fines and penalties.

Unfortunately, that all trickles down to the community bank level. Not to be outdone, it appears the traditional bank regulators are trying to figure out who is the “toughest sheriff in town,” as it relates to community banks that are outside the direct jurisdiction of CFPB.

That needs to change , and I believe reining in the CFPB is the first step.

Since one of you will likely be elected in November, please take these recommendations to heart.

They are a minimum platform for advancing the cause of community banks.

Gerrish formerly served as regional counsel for the FDIC’s Memphis regional office and with the FDIC in Washington, D.C., where he had nationwide responsibility for litigation against directors of failed banks. Since the firm’s formation in 1988, Gerrish Smith Tuck has assisted over 2,000 community banks in all 50 states across the nation with matters such as strategic planning, mergers and acquisitions, common stock private placements, holding company formation and reorganization, and a wide variety of regulatory matters. Jeff Gerrish can be contacted at [email protected].com.

More in this category: « Hard to “unscramble an egg” 5 Wells lessons for community banks »
back to top