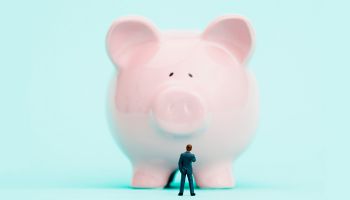 Jeff Gerrish says that ultimately the way to stay out of trouble is to remember what you want your community bank to stand for.

We are wrapping up a series of commentaries by our bloggers and other experts on the Wells Fargo Bank case. Jeff Gerrish, longtime banking attorney and community bank advisor, reviews what smaller institutions can learn from the travails of an industry giant.—Steve Cocheo, executive editor and digital content manager

I will not recite the facts surrounding Wells Fargo because, frankly, I assume anyone who is reading this blog is plugged into the industry and understands the mess in which Wells Fargo finds itself. In this blog, I want to discuss five lessons to be learned for community banks from the Wells Fargo mess. One involves an experience pretty close to home.

1. It takes a long time to build a reputation—and a short time to lose one.

Wells Fargo had the reputation in the industry as a “super power.” Wells put up good numbers, had great asset quality, and was a retail cross-selling machine—or so everyone thought. There was just a minor issue, that nobody really knew they were creating fictitious accounts and defrauding their customers.

My daughter was one of those customers, by the way.

Of course, Wells was also charging her fees for the accounts. Naturally, having been in the industry for a long, long time, I told her that was simply “impossible.” Banks had controls to prevent things like that from happening.

Little did I know.

Wells Fargo spent years upon years building up its reputation as an industry powerhouse. It took about a week to destroy that reputation, cause the CEO to resign, and drop the stock price at least 10%.

What is the lesson learned for community banks?

It is the same one. Your community bank has a stellar reputation, but one triggering event can cause a problem.

• Maybe it is one of your directors who is politically active and puts a couple of obnoxious editorial opinions in the local paper.

• Maybe it is your chief lender who every Wednesday after a round of golf and some alcohol has to be carted home from the country club.

• Maybe it is a sex scandal or gambling.

Any one of those can tank your community bank. If you have something like that going on, you need to nip it in the bud. This is a responsibility of the chairman, but that is for another blog.

2. Corporate culture starts at the top.

Part of the problem with Wells Fargo was a corporate culture that insisted on cross-selling, not necessarily providing customers what they needed.

In connection with long-term planning sessions for community banks, marketing and “sales culture” are always on the agenda. The comment I hear most often is “we want a sales culture, but we do not want to be like Wells Fargo.”

And that was prior to Wells Fargo’s most recent problems.

3. Your community bank will get what it incents.

If you want an employee to take a certain action and you have a proper incentive for them to do so, they will take that action. In Wells Fargo’s case, it was to open a certain number of new accounts every single day.

I was recently with a community banker who had been a Wells Fargo employee during that time period. He said every morning they had a staff meeting where they were given their “bogey” for the day. This was the number of new accounts they were supposed to open.

They had to report in at noon regarding how many they had already opened. By the end of the day, if they had not met their quota, they were “dressed down.”

Think about that in your community bank. Look at the incentive system that is in place. You are going to get what you pay for, so it is important to understand what it is you are going to get and make sure that is what you want and is consistent with the bank’s strategic goals.

But if it was over 16%, no more money went into the bonus pool.

I asked the CEO whether the return on equity had ever been over 16%. His response: “Why?”

In other words, he was not incented to go over 16%.

No, this is not necessarily advice for the current political landscape.

But generally, when your bank has a problem, it is important to acknowledge it, take responsibility for it, apologize for it, make amends … and move on.

Wells Fargo did not do that. Management knew for years that the bank had a problem. They never even apologized for it publicly until after the CFPB and the OCC fined them a total of nearly $200 million. (Wells Fargo’s net income for fiscal year 2015 was around $23 billion, by the way).

If your bank has a problem that results in a reputational issue like Wells Fargo, address it head-on and early. Not only do the regulators not like surprises, neither does the public, your customers, or your employees.

5. Be happy you are not Wells Fargo.

Be glad yours is a community bank that deals with relationships, not transactions.

As long as they continue to deal with relationships and not transactions, and a service culture (i.e., providing the customer what they need, not what we want to sell them) instead of a sales culture, community banks will continue to thrive and avoid problems similar to Wells Fargo.

More in this category: « Community banking’s “Dear Donald and Hillary” How do you slice up capital? »
back to top