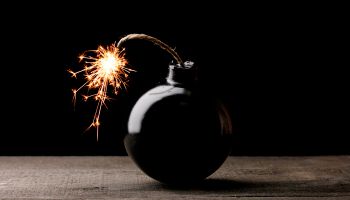 One in three American banks opted for Sub S status. And a single shareholder's careless act can destroy that for all shareholders. Careful planning and administration can protect the deal.

There are currently 2,001 Subchapter S banks in the U.S. out of a total of 5,894. For those of you not inclined to math, that’s just under 34% of all banking institutions. What is the appeal of Subchapter S for today’s community banks?

In simple terms, status as a Subchapter S corporation eliminates corporate-level tax on the bank and holding company. It does so such that all income is passed through to the shareholders without tax at the corporate level.

For individual shareholders, the passed-through income appears on their personal tax returns. The company then makes (or at least should make) distributions to the shareholders to cover their tax liability and provide them with an additional amount that is the practical equivalent of a dividend.

Thus, the corporation pays less tax, and the shareholders still receive a “dividend,” but without paying tax on the “dividend” because they have already paid tax on all of the company’s earnings.

There are other benefits to a Subchapter S election that are best left for a separate blog. (Translation: My next blog will probably discuss the benefits of Sub S.) For most community banks and holding companies, the elimination of the corporate income tax alone serves to significantly enhance the value for their shareholders and justifies the S election.

The purpose of this blog is to discuss one of the primary risks associated with Subchapter S reorganization—inadvertent or intentional terminations of the Subchapter S election by one or more of the company’s shareholders.

Those of you who are not in Subchapter S who are contemplating whether to reorganize your C corporation bank holding company and bank into an S corporation have learned by now that Subchapter S is highly technical. This status is driven by the tax statutes, and requires professional help to convert and to maintain.

For example, the number of shareholders you can have is limited to 100. (Six generations of one family count as one shareholder. So you must realize that your ownership could conceivably include as many as several hundred human being shareholders.)

Now, certain individuals and entities are ineligible to own stock in a Sub S. So you will need to engage in a “merger-like” transaction to effect the reorganization, and you usually need to get the approval of at least 50% of outstanding shares (not 100%, as is often assumed) to approve the whole thing. Once the shift is approved, every shareholder then has to sign an IRS Consent form and a Shareholders Agreement.

How owners can blow up your Sub S status

In short, it’s a detailed process. If you go through the trouble of forming a Subchapter S for your bank and holding company, then you certainly do not want some shareholder to inadvertently “blow the election.”

To guard against a “blow up” and to keep everyone within the bounds of the complex rules and regulations, every shareholder must sign a shareholders agreement indicating they will not do anything to inadvertently or intentionally terminate the Sub S election for everyone else.

This agreement lays out in detail what a shareholder may and may not do with his or her shares. More specifically, it sets forth certain transactions with certain people in which the shareholders may not engage.

If the shareholder really wants to sell his or her Sub S stock, then the agreement includes provisions detailing how the shareholder may do so without risking the Subchapter S election.

Not a theoretical risk

In other words, it’s kind of a big deal.

Nevertheless, we have run into a number of situations lately where a new client that is an existing Subchapter S has no shareholders agreement related to the Sub S election. (We are in the process of remedying this oversight for those new clients.)

Frankly, at minimum this is playing with fire, and at worst it’s grossly negligent.

That can happen. But a more common situation is where the Sub S is properly formed, has a shareholders agreement, yet a shareholder inadvertently does something that terminates the Subchapter S.

Do you try to unwind the transaction as though it never occurred?

Do you exercise the draconian provisions in your shareholders agreement? These will invalidate and ignore the transaction, preventing the company from transferring the shares on the books of the holding company, and requiring the shareholder to sell their shares back to the company.

One thing is for sure. Depending on the actual facts and whether the election was technically terminated, you are likely going to have to get IRS involved.

The IRS may grant relief for the inadvertent termination, but the company has to establish a few things. These include showing how the Sub S election termination was triggered by an inadvertent act and that the company took steps within a “reasonable period” to correct the issue.

The easiest way around all of these issues is to not only have an airtight shareholders agreement in case there is a problem, but also to require annual shareholder certifications.

This is not an elaborate document. It is generally a page, two at the most, requiring the shareholder to certify that it has not done anything with respect to the transfer of their shares that would blow the Sub S or otherwise violate the shareholders agreement.

The problem with the termination of a Subchapter S, either intentionally or inadvertently, is that it causes all of the shareholders to lose the benefits of the Sub S, which are many (and will be saved for a subsequent blog).

More in this category: « What’s on bank directors’ minds Time for boardroom change? »
back to top