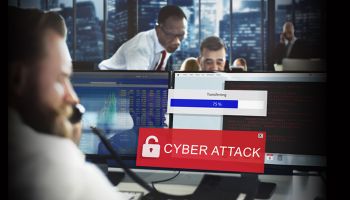 When it comes to cybersecurity news sometimes you just have to scratch your head. Everybody in business, and especially in banking, embraces the need for aggressive and comprehensive defenses against hackers, right?

And then comes this report from KPMG with the discouraging headline: “12% of banking CEOs don’t know if their bank has been hacked.”

The audit, tax, and advisory firm surveyed 100 bank executives from banks that have more than $20 billion in assets.

Worse, researchers found that at these banks’ second tier of officers—including executive vice-presidents and managing directors—the level of awareness gets worse. KPMG reported that 47% said they didn’t know if their bank had been victimized by cybercrooks. The next level—senior vice-presidents and directors—were even worse: 72% were unaware.

“Banks are under an onslaught of attacks from bad actors, so the fact that 12% of banking CEOs reported that they don’t know if they’ve been compromised is troublesome. Cyber is a business bottom-line issue: a true CEO issue,” says Charlie Jacco, financial services cyber leader at KPMG. “While CEOs may be more privy to information regarding the exact number of cyber technology deployments and hack attempts, all employees should know and be in lock-step on their bank’s greatest vulnerabilities and concerns as it pertains to how that bank views cyber security.”

Before one jumps all over the C-suiters for their apparent lapse of knowledge about hacks close to home, there is this to consider: According to another recent KPMG International report, some of them might actually be the culprits.

This report analyzed profiles of 750 cybercrooks investigated by forensic specialists across 81 countries, and produced what it calls “the new face of fraud”:

• 65% were employed by the company that was hacked.

• 35% were executives or directors.

• 38% had been with the company for at least six years.

• 38% described themselves as well-respected in their company.

• 62% colluded with others in their crimes.

While personal gain was the predominant overriding motivation for committing fraud (60%), the sense of “Because I can” was third at 27%, according to the report.

The exposure of being unaware

Again, you just have to scratch your head. Insiders, it seems, pose the biggest threat for cybersecurity forces to deal with. This includes not only the bad actors, but also otherwise innocent staff members who are unaware of the threats to their companies, and who don’t know what defenses their companies mount against cyberthreats.

This comes from a joint study by Experian Data Breach Resolution and the Ponemon Institute. They asked more than 600 individuals at companies that currently have a data protection and privacy training program to weigh in on the topic of negligent and malicious employee behaviors.

The study found that 55% of the companies surveyed have already experienced a security incident due to a malicious or negligent employee. Sixty percent of companies surveyed believe their employees are not knowledgeable or have no knowledge of the company’s security risks. Only 35% said senior management believes it is a priority that employees are knowledgeable about how data security risks affect their organization.

“Among the many security issues facing companies today, the study emphasizes that the risk of a data breach caused by a simple employee mistake or act of negligence is driving many breaches,” says Michael Bruemmer, vice-president, Experian Data Breach Resolution. “Unfortunately, companies continue to experience the consequences of employees either falling victim to cyberattacks or exposing information inadvertently.”

And the beat goes on …

To be sure, the usual reports about the growing magnitude of the threat and the certitude of being attacked keep surfacing. Here are just a few recent ones:

• Gartner: By 2020, 60% of digital businesses will suffer major service failures due to the inability of IT security teams to manage digital risk.

“Cybersecurity is a critical part of digital business with its broader external ecosystem and new challenges in an open digital world,” says Paul Proctor, vice-president, Gartner.

• CompTIA: Technology professionals see many steps that could be taken to improve their company’s security, according to a survey of 500 security professionals.

“Just under half (47%) say there’s a belief within their company that existing security is ‘good enough.’ For 43%, other technology needs take a higher priority than security,” according to the report.

“While automation and new tools are helping response teams,” says Matt Bromiley, SANS analyst, “65% of survey respondents see a skills shortage as an impediment to incident response efforts. Training and experience is the difference between breached and not breached.”

Does old culture not get it?

Interestingly, a recurring theme through some of these reports is the need for cultural change within the organization. That makes sense. If the threats are internal, the defenses also need to be internal.

• Gartner puts it this way: “With the acceleration of digital business and the power that technology gives individuals, it is now critical to address behavior change and engagement—from your employees to your customers. Cybersecurity must accommodate and address the needs of people through process and culture change.”

• Experian puts it this way: “Organizations need to foster a culture of security. The study found that companies are not currently implementing a number of simple incentives that could encourage positive security behaviors. Of the companies surveyed, 67% provide no incentives to employees for being proactive in protecting sensitive information or reporting potential issues.”

• CompTIA puts it this way: “The use of technology has outpaced cybersecurity literacy, so there’s also a growing need for the overall workforce to improve their knowledge and awareness of security issues.”

Okay. Got it. It still makes you want to scratch your head.

Cybersecurity Stakes Get Higher, But Many Companies Still Lag In Readiness, Research From CompTIA Finds

Gartner Says By 2020, 60% of Digital Businesses Will Suffer Major Service Failures Due To The Inability Of IT Security Teams To Manage Digital Risk

12% Of Banking CEOs Don’t Know If Their Bank Has Been Hacked: KPMG Survey

More in this category: « Where banks are, and where they’re going Blockchain implementation—sprint or marathon? »
back to top