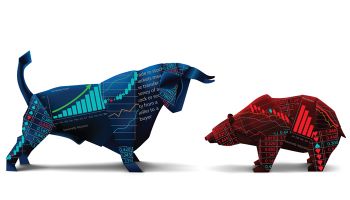 The potential impact of branching decisions taken decades ago, or even a few years ago, on the future of individual banks, and on industry consolidation, came into sharper focus during a recent “best ideas” sessions between representatives of Keefe, Bruyette & Woods and financial reporters.

Collyn Gilbert, managing director and a longtime follower of midcap bank stocks with a concentration on Northeastern institutions, threw the issue of branch networks under an economic spotlight.

As described by Gilbert, increasingly unwanted branches are worse than carrying a few unwanted pounds. For some institutions they may represent the end of independent existence.

Too many branches ‘round the middle

Often the issue of bank branches in the increasingly digital economy revolves around the same old song—how much usage the branch channel gets versus digital banking via handheld, tablet, and computer, and how much or how little these devices can replace the human being for business beyond the transaction.

The discussion went beyond these issues to more strategic and t more financial matters: the unavoidable costs of an institution having branches that it may no longer want.

You can’t just snap your fingers and decide that branches will go away. They remind one somewhat of the adage about never seizing collateral that eats—like cattle—because they are yours to pay for until someone else takes them off your hands.

Investors versus Valley and branch challenge

Investors Bancorp, headquartered in N.J., is a $20.3 billion-assets former thrift institution that has gone through two levels of conversion and a transition to a more commercial business model. KBW sees it as having a strong future as a “premier regional bank in the N.Y. metro region.”

Investors has grown been taking market share as it both acquired branches and opened de novo offices. KBW has been impressed by its financial results, including its growth rate and ROA.

“Management has turned this bank around and put it on the map over the last five years or so,” said Gilbert. It’s now the largest bank in New Jersey, aside from money-center banks with offices there.

By contrast, KBW portrayed Valley National—an older banking company with $19.6 billion-assets also headquartered in N.J.— as a market-share loser in recent years that has been forced to look to Florida as an alternate source of asset growth. Gilbert, speaking at the early January 2016 roundtable, said she expects to see both a dividend cut and a capital raise at Valley in order to enable it to have capital for growth.

“Valley had been the largest bank in New Jersey and had the largest market share, but now that market share is declining,” said Gilbert. One drag that she pointed to was that the company has not been generating internal capital, due to lack of growth and earnings.

“For banks in general, how will you grow earnings?” said Gilbert rhetorically. “You have to build assets.”

“The industry has had a great growth run, but now let’s look for value,” said Gilbert.

Numbers of branches play out at several levels.

“I have a very difficult time recommending banks that are sitting with outsized branch networks,” said Gilbert. “Paper transactions and foot traffic in bank locations is of the last decade. It’s not the way the operating environment is going to be over the next 20 years. That’s what saddling Valley. Valley has a very large branch network.”

How so? “When you’ve got a bank that’s constrained and in a box, what’s the exit strategy? Well, it’s a sale,” said Gilbert. “But when you’ve got buyers coming in, I don’t think buyers are going to want to take down a ton of real estate.”

Who would buy unwanted branches?

Branch networks present a conundrum for some banks that would, all else being equal, shrink them, according to KBW speakers.

One reporter asked if KBW analysts were hearing from investors who saw a real estate play in heavily branched banks. Gilbert said this hasn’t happened.

In her report she acknowledged that Valley had seen an after-tax gain of $12 million from a branch sale in late 2014. And she said sales could provide more income than expected because many of Valley’s owned branches are currently being carried at low book values compared to current market values.

But speaking more generally, the analysts pointed out that branches aren’t always desirable to any seller who will pay a decent price.

Frederick Cannon, for instance, noted that the many institutions with thrift roots own locations that were never in ideal spots, but were built for the long-haul and used to pull in deposits by paying up for them.

In both cases, institutions may find themselves stuck with some properties for some time, potentially paying costs for locations that do them little good, or that they may even close, but can’t unload.

“Right now many are closing locations, but they are not selling them,” said Gilbert.

Last year JPMorgan Chase sold a landmarked Dime Savings Bank building in Brooklyn. The massive, classic Greek Temple building was purchased for $90 million by developers who have many profitable plans for the site, said Gilbert, but the operative point is that the property is in Brooklyn, a borough of New York City that has been undergoing a long period of rebuilding amid an influx of young people and others who prefer to live closer to the urban core than in the suburbs.

While branches will be a friction point in the M&A process, KBW analysts noted that banking industry consolidation saw a significant shift in 2015. Gilbert said that while the trend of consolidation among smaller banks has been fairly steady, it has generally not been so strong that it would “grab the headlines.” [Read “M&A speeding up by volume”]

What changed in 2015 were deals such as Key Corp.’s proposed acquisition of First Niagara Financial Group, announced in late October 2015 and expected to be complete by the third quarter of 2016. This would produce an organization with about $135 billion in assets. On the same day, investors also learned that New York Community Bancorp proposed to acquire Astoria Financial, which would result in a $64.1 billion institution. These, and deals like BB&T’s acquisition of Susquehanna Bancshares and its pending acquisition of National Penn Bancshares ($220 billion in size all told after consummation) point to a return to significant deal making.

“So we are opening the gates for consolidation,” said Gilbert. “That’s good for bank investors.”

Interest in selling may also rise. Indications are that 2016 will see a flattening of the yield curve that will push more organizations to seek consolidation, Gilbert suggested. She explained that a flattening yield curve is not a good development for spread lenders. Many organizations face this brake on profitability at a time when there is little more that they can do on the costs side. The burden of branch systems represents an area that is ripe for reaping savings, but, for reasons described already, not likely to yield them.

“It’s possible a lot of banks will start throwing in the towel,” said Cannon. “They may decide, ‘My branch network has to shrink, but, to be honest, I’d rather someone else did it. And got paid for doing it’.”

Oddly, the new branch still gets built, though who wants it differs. Gilbert noted that banking companies smaller than $5 billion still appear interested in growing their branch networks for the sake of visibility. She went so far as to describe their modern role chiefly as “branding tools.” (Read “Watch out, piggy: Bank branch numbers dwindled further in '15 in ongoing erosion”)

Talk of consolidation among larger organizations prompted questions regarding the “big bank breakup” idea that has surfaced during the election buildup.

Cannon believes that regulators will continue to keep a heavy thumb on the largest banks, post crisis, and that the idea of breaking them up into smaller institutions will not go away. He said there has been talk that they will break up on their own, undoing the evolutionary and legislative movements that married commercial banking and investment banking. This school holds that doing so would make institutions smaller by splitting functions.

Cannon regards this skeptically. He said that being able to approach investment banking work with both commercial banking and investment banking prowess represents a competitive plus for those big players. He doesn’t think it likely they’d surrender that advantage voluntarily.

So, the size battle looms.

“I think the [breakup] idea is going to come back,” said Cannon, “whether it’s from Bernie Sanders or as Hillary Clinton looks at the politics of it all.”

Meanwhile, the fintech fraternity continues to hover over banking. Everyone’s got a lab going these days, on both the bank and nonbank sides of this.

“We don’t see financial technology companies taking over the banks,” said Cannon. Indeed, he said that KBW sees expansion into tech by very large banks organically or through acquisitions with fintech companies as a growth option that regulators are not likely to balk at. KBW produced a special report on fintech in banking late last year that was covered in “Stock analysts size up fintech.”

Sanjay Sakhrani, whose team produced that special report, brought his group’s own best idea to the meeting: investing in Visa Inc.This was a switch in that the team’s 2015 best idea had been investing in American Express—Sakhrani said that in retrospect Visa should have been last year’s best idea as well.

Overall, Sakhrani said that his team’s preferences are skewed towards network-based companies—notably Visa and MasterCard—because of their growth potential. Sakhrani pointed out that 85% of the world’s payments still occur via paper, with the U.S. closer to 50%. He said the U.S. growth in holiday spending towards online payments in 2015 illustrated the trend, which he said network organizations like Visa facilitate whatever device they originate on.

KBW picked Visa in part because of several major wins last year as well as a major structural development.

Structurally speaking, Visa, a public company, filled in a major hole in its map. It acquired Visa Europe, to convert what had been a mutually owned organization into part of its publically owned operation. KBW sees both strategic and financial benefits to the takeover, which produces “one formidable global company.”

Among the company’s 2015 wins were conversion of USAA to Visa, and winning Costco USA access for all Visa products, pushing out American Express which formerly held that exclusive relationship. (The change comes in April 2016.)

Beyond this specific deal, KBW sees larger institutions buying companies that will help put them in fintech arenas. For example, some have already purchased direct banks, to obtain ready-made web banking platforms.

Another example is marketplace lending operations, which could be acquisition targets.

More in this category: « Banking Auf Deutsch Paying with shoes, sunglasses, and handshakes »
back to top