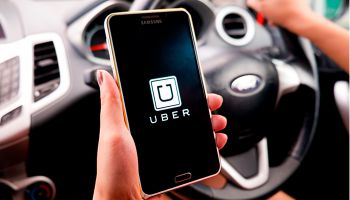 "Uberization" means much more when you've actually gone through the experience of using one.

I’ve written and edited articles speaking of the “Uberization” of banking. The coined word is a shorthand way of capsulizing the many ways that nonbank fintech companies have been remaking the financial services business, in the same way that Uber and similar ridesharing services have disrupted the taxicab business.

One thing, until recently, that I’ve never actually done is ride in an “Uber.” I’ll bet that many of our readers haven’t done so, either. Contrary to headlines, Uber isn’t “uberbiquitus.”

Uber revolves around a smartphone app used for summoning an Uber driver, using his or her own vehicle, to give you a lift from Point A to Point B. No street hailing, no calls. And no set pricing. The Uber system finds drivers who can take you where you want to go, and offers a price based on demand at that time.

I’m not getting into anything about Uber’s corporate culture, allegations concerning autonomous cars, etc., that’s been buzzing around the internet. I’m just discussing the business concept. For the rest, you’ll have to troll the web.

Adoption in an app moment

I came late to the app party. For years after many people had switched to iPhones and Androids, I steadfastly stuck to my physical keyboard on my BlackBerry. By the time that device died, I realized that I had to let go of my keyboard crutch if I was going to personally understand what apps were all about.

And I have a bunch of them now, but until a week ago, not the Uber app. My whole career has been based in Manhattan, home to thousands of the quintessential NYC yellow cabs. Going from a system of stepping into the street and hailing a cab to having to use software often seemed kind of silly when a steady river of yellow vehicles always seemed to be there.

Take me, don’t take me

So I’m down in Orlando, Fla., attending the American Bankers Association’s National Conference for Community Bankers. My first night there, I hop a cab from the airport in order to make a reception after a flight that arrived late. No choice. From that reception, I hop another cab waiting at the J.W. Marriott where the conference is in order to go back to the cheaper hotel I’ve picked to save a few bucks. The fare is a bit more than I bargained for, but it’s late and I’m bushed.

The next morning, a Sunday, not knowing for sure how long it takes to get a cab from a hotel in Orlando, I alert the hotel’s entrance bellman that I’ll need a ride in an hour. He scrawls something on a sticky note and says he’ll take care of me.

An hour later, he doesn’t remember me, but says he’ll call me a cab. He phones. I wait, and I wait. An executive car, not a cab, pulls up. At this point I am running very low on time. I take it.

The driver begins to launch into a bunch of jibber-jabber, when I interrupt to ask what the ride is going to cost, since there is no meter.

He tells me the flat rate is $44 to the other hotel—only 15 minutes away. Inside I gasp, thinking that I have to return later. But I’m stuck.

Many hours later, it’s time to head for “home.” I ask about a cab and the bellman at the J.W. tells me that a nearby executive car can take me. I’m tempted, being tired, footsore, and hungry, but, “burn me once. …” So I ask what it will run.

Well, at least the thieves have fixed a common price, I think.

“Wasn’t really thinking of spending that kind of money,” I say.

The young bellman shrugs, with all the solicitousness of youth.

“Cab’ll run you pretty much the same. Your only other hope is a Uber.”

“I’ll try Uber,” I say, pulling out my smartphone, trying to look like I do that all the time. Not in the mood to file a flock of $44 trips on my expense account.

I hope that I have enough signal to load the app. I do and it loads amazingly quickly. I punch in where I want to go—having enabled “location services” so the app knows where I am now. (Which goes against my grain. But as my younger daughter tells me, when you keep Siri on most of the time, as I do, you are pretty much exposed anyway.)

Within seconds, Uber has found several potential drivers. In the course of a few minutes the driver assignment changes several times, as the system shifts to drivers who are closer. (“We found you a closer driver!” the app announces each time.)You see a face, name, and car type each time a driver is assigned. And you get updates on how many minutes you have until arrival. They tend to be accurate.

I am glad when one scary-looking fellow is dropped from the driver lineup in favor of another who looks more, well, sane.

In about 20 minutes the driver comes and we are off. He’s very dependent on his GPS—all the drivers were—but the trip is uneventful. I’m happy to be back—especially since the “$44 trip” by car or cab has cost me only $16.29 on Uber.

Over the course of my conference trip, I had four more Uber experiences. It is impossible to comment on them without Uber likely knowing who the driver is—it’s all in that record, cross-indexed with my name. Inside the system, absent secret agent skills, Uber knows who you are—drivers roll up and say, “Are you Steve?”—you more or less know who the driver is, and they all have your cell number because, duh!, the whole deal is smart-phone centric.

Every car was clean and ready for passengers. That’s a rare experience with any city or suburban cab, at least for me. The cars, being private, personal vehicles, were in considerably better shape than most cabs I’ve been in. Unlike fleet cabs, Ubers are owned by the driver.

I was a little surprised when I opened the rear door of “Bonnie’s” car (not her real name). The seats were covered in a black and pink terrycloth slipcover. I hate pink, and this made me think, inexplicably, of Good ‘n Plenty candy.

But Bonnie was an excellent driver and a good conversationalist. She told me a lot about Uber, such as how drivers are paid and how often, how they can obtain fleet discounts on gas, etc. She made it sound lucrative enough that I was tempted to explore driving weekends. Well, maybe.

When Uber sends your receipt to your phone you are prompted to rate your driver with up to five stars, and you can add special badges, and also post written comments. I gave all but one driver the full five stars. They really were that good.

In many ways, you feel like you are being picked up by a neighbor, not a driver. The three women drivers who drove me spoke of how much they enjoyed driving for Uber, and how it had made a big difference in their lives.

One was in a commission-only job at a department store that I gathered wasn’t doing so well.

Another had spent 25 years as a housekeeper and housekeeping supervisor at area hotels. She told me how that had taught her the art of customer relations, which she found very helpful as an Uber driver. But she liked driving for Uber much better than housekeeping.

None had ever driven for a living before. I had the impression that GPS was essential to them.

One driver was a young man, “Reggie,” whose taste in radio wasn’t mine. But it was a short ride, and he knew how to get me there. He didn’t get as many stars as the other drivers earned. (Harrumph!)

I also learned a bit of how Uber has become part of the Orlando lifestyle. One driver told me of taking children whose parents shared custody back and forth on changeover day, like little living express packages, solo.

I often talk to cab drivers, but the Uber drivers tended to really open up. I found myself wanting to talk longer, sometimes.

More about the app

I found that the electronics aren’t foolproof. As mentioned, GPS is integral to the experience and that can sometimes foul things up.

The J.W. Marriott sits in a big green enclave that contains several major, interconnected properties, plus a conference center. Depending on where you are, the Uber app picks up different addresses. Unfortunately, the winding roads of the resort can put an Uber driver into a series of confusing loops.

How do I know that? The Uber app lets you see a tiny car on your screen, cartoon-like, and the route it is taking. On the day I headed to Orlando International, the app had picked up the address of the hotel conference center. I watched as the driver wound up over there. You can see it from the hotel entrance, but you can’t drive the line you see, not without destroying some bushes.

“Where are you exactly located it??” the driver texted (text is verbatim, happens to all of us).

The app experience doesn’t stop there. Uber asked me at one point about an airport trip, noting some of the special services offered, for example.

And while you are in the back seat, you can look ahead to dinner, if you like, via “Uber Eats.” A parade of different delivery restaurants appeared in-app, all designed to be ready to have your meal meet you at journey’s end. Tempting, but none of the choices offered each night fit my diet.

Not one ride on Uber cost over $19—not even the airport run at the conclusion of the trip. And every trip, as I’ve said, ended with a handy e-receipt. No fumbling for receipts from the driver.

I must admit, when I returned home and to my usual airport cab company, booked before I left for the trip, the experience was a letdown in some ways.

For one thing, this company makes charging a trip a bit of a challenge—it’s done by voice over the phone, and invariably I seem to be reciting my credit card numbers while standing in spots full of people. Who is noting the numbers?

On the other hand, construction in and around LaGuardia Airport these days is brutal, and has scrambled the usual route. My driver, an old hand, whips through several parkway and expressway loops in the dark and finds the right way again. No GPS.

A decent enough ride home, and I learned a lot about brakes and steering, since the driver’s day job is as an auto mechanic.

He pulls up to my house and I say goodbye. “Oh, yes, can I get a receipt?”

The driver checks his pockets. “Sorry, I left without them.”

I miss the Uber app.