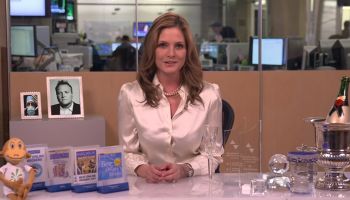 Navigating the waters of social media can be daunting for many financial institutions, but in order to reap the benefits that social offers, a company must at least wade in.

“I think the number-one barrier to entry with most investment firms and banks out there is that they’re concerned about the regulatory environment,” says Nicole Sherrod, managing director of Active Trading at online broker TD Ameritrade. “But I feel strongly that digital and social have to be a big part of going forward strategy because that’s where the people are.”  Sherrod tweets officially at Nicole Sherrod. [@TDANSherrod]

TD Ameritrade has found a variety of ways to harness the potential of social media, including integrating its trading platform, thinkorswim, with Twitter. Thinkorswim users can easily share settings and charts on the social platform with one click. (Search tos.mx on Twitter to see what’s being shared.) 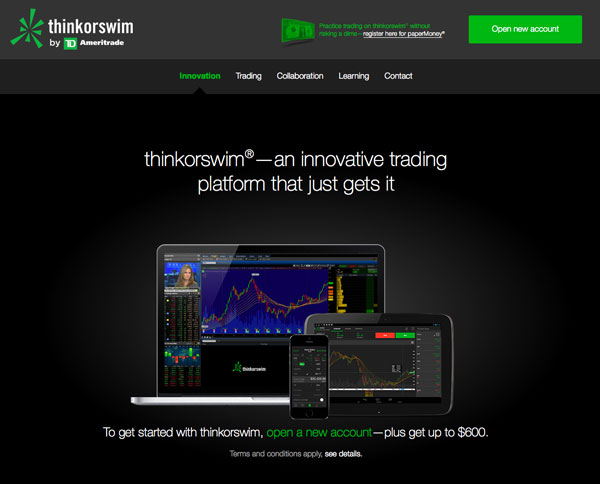 TD Ameritrade also became the first major online brokerage firm to tap into Twitter as a research tool. Under the new social tab in brokerage accounts at TD Ameritrade’s website, clients can view a variety of information from Twitter about specific companies, including tweets, social media sentiment, and social media volume.

“Our strategy now is to really create tools for our clients that allow them to have a more meaningful dialog in social media,” says Sherrod.

TD Ameritrade may be active in the social dialogue now, but it wasn’t always the case. In fact, the online broker faced many of the same compliance and regulatory concerns that plague others.

“I wouldn’t say that we came out of the gate in the early days of social really knowing what we were doing,” says Sherrod. “In fact, I would say we kind of kept social at an arm’s distance because we were a little scared of the regulatory environment, and how we could perform in that arena while still making sure that we were living up to the rules that we’re responsible to live up to for FINRA and the SEC.”

Sherrod has played a major role in revolutionizing the approach to social media at TD Ameritrade.

“The marketing department actually came to me and asked if I would get out there in social media as a test to see if we could do a better job of humanizing our brand,” explains Sherrod.

She could see this would take some fresh thinking. “When you think about our industry, and the brokerage space in particular, we’ve got a little bit of a PR problem,” says Sherrod. “Wall Street isn’t always looked upon very favorably, and in particular with a younger audience. Getting out there on social media was one of our tactics to try to let our clients see the people behind the big brands.”

She posts whenever she has time, and she finds Twitter to be especially beneficial in changing perceptions and getting to know clients.

“My clients are tweeting in the evenings and on the weekends, so it gives me an opportunity to know them a lot more deeply than I have in the past,” says Sherrod.  “and they’ve gotten a chance to really know an executive more deeply as well.”

A social media connection adds stickiness to the business relationship, Sherrod has found.

“It makes it harder for them to leave us when they’ve got a great relationship with the people at the company,” she explains.

In fact, TD Ameritrade can even point to real-world business results from being on Twitter. “We’ve landed some really huge accounts from people who’ve gotten to know me in Twitter,” says Sherrod.

Sherrod has also built relationships with her peers in the industry, such as Downtown Josh Brown, who is well known among traders.

“Twitter’s a great community for traders who want to cultivate a following and start a dialog about how you can outperform the market,” says Sherrod.

Unique voice, no matter what the medium

To build these relationships, Sherrod takes a different approach to social.

“Yes, we’ve won some business through being out there on Twitter,” she says, “but what I’m trying to do with my content is really expose my thought process as a trader and how I use our tools in order to have a unique perspective about the markets.”

She also brings a unique voice to social by incorporating humor and lighthearted content alongside trading information.

“I don’t think there are a lot of brands out there that feel comfortable putting the voice behind things that TD Ameritrade has allowed me to put out there. It’s usually more of a corporate spokesperson, but we’re humans and we like humor,” says Sherrod. “I think people read my stuff because they’re looking for the humor.”

Sherrod’s technique has gotten her over 10,000 followers on Twitter and over 900 likes on Facebook, but it's the interaction that has really made a difference.

Making sure the conversation complies

In the beginning, Sherrod’s tweets had to be approved,  in writing, before they could be posted. But once everyone at TD Ameritrade—including the chief compliance officer—felt comfortable with social, the policies were added into their written supervisory procedures, and her content was reviewed post-tweet.

Sherrod herself is well versed in the risks associated with social media and holds her 3, 7, 9, 10, 24, and 63 securities licenses. “It’s my licenses that are on the line if I say anything that I shouldn’t be, and of course, I’m really sensitive to that,” she says.

She also locks arms with TD Ameritrade’s compliance and legal partners to ensure everyone is on the same page.

“Every time there’s a new FINRA notice on anything that has to do with social or digital, they keep me in the loop, and they do a great job of working with me,” says Sherrod. “There have been instances where I want to push the boundaries to do even more in social, and I know that I need to bring them along to make sure that they feel comfortable with it.”

Looking ahead, TD Ameritrade plans to continue expanding its use of and integration with social media. Some of Sherrod’s colleagues have joined her on Twitter (Joe “JJ” Kinahan and Steve Quirk, and TD Ameritrade hopes to add even more to the social dialog soon.

If you financial company is doing interesting things on social media that are effective, we’d like to hear about them. Email Steve Cocheo, digital content manager

More in this category: « Colorado bank savvy on social 6 ways to sharpen social media skills »
back to top