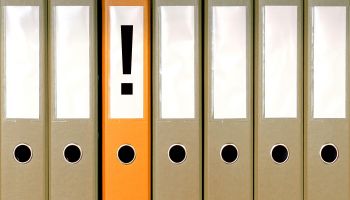 Will your bank “get it right” this time?

What prompts this is a discussion I recently heard among some senior lenders from larger community banks.

The other day a banking friend shared a recording of a couple of sessions from a recent community bank lending conference. One panel that I listened to was principally concerned with how to build and sustain a sound commercial loan portfolio.

It was interesting to hear what four current practitioners have on their minds, as well as their interactions with the lender audience.

There were several consensus items among the lenders. But there were also some ideas that are not necessarily new to the discussion at large but that seem to be moving from “talking” to “doing.”

The following are five areas where a lot of effort is being applied right now.

This seems obvious as community bankers, both panelists and audience, talked candidly about organic growth and acquisitions. Their acquisitive instincts seem to be better developed of late, to my ears. So I suspect that there will be plenty of activity in this arena in the next several quarters. Dodd-Frank and compliance are commonly mentioned as prime causes, although there are other strategic reasons not of a purely compliance nature and they are important as well.

One panelist expressed what appears to be an emerging industry view that a bank needs to be in the range of $1 billion in assets to be viable in the long-term profitability/ROE sense.

Increasingly even intermediate-sized banks are stress testing their own portfolios. I heard talk of stress testing real estate credits more thoroughly than has been the general practice in recent years. But I recall that every bank where I worked over the last 20 or more years did a fair amount of this without any regulatory mandate.

After all, it’s just simple break-even analysis where the fulcrum that moves the outcome is the breakeven point of the borrower’s profitability. And that in turn is driven by the degree of leverage.

We sometimes tend to forget that the less visible aspect of leverage is interest cost, that is fixed in nature. (It doesn’t vary with sales.)

Why is this a lesson that the industry must relearn every 15 or 20 years?

Pricing and terms such as recourse (or the degree of recourse) are under the microscope as tools (or perhaps weapons) of competitive advantage.

That strikes me as another way of saying that interest rate risk is probably accumulating within many portfolios, as competitive pressures are pushing bankers to at least consider what old timers like me consider to be absolutely nutty pricing.

Example: Fixed-rate deals for ten years—at rates as low as 4%.

My generation learned that hard lesson during what’s referred to as the S&L crisis. This is somewhat of a misnomer as lots of community banks, not just savings and loan associations, were making long-term fixed-rate mortgage loans at rates that quickly went underwater as inflation built a head of steam under market rates of interest in the late 70s and early 80s.

We could see some of that again, I fear.

This is new as an action item for many community banks, though it’s been around on everyone’s list of talking points for a long while.

Banks have paid homage to such ideas for a generation or more. But they have never consistently done very much about managing it in any serious way.

Fortunately, the old talking points are now increasingly becoming strategic action agenda items. Issues like these are coming to the forefront. Consideration and discussion of them is making a difference in what banks are doing:

I could show you a special shelf in my storeroom containing three-ring binders from banking conferences and schools over the years where many of these matters were part of the curriculum and program. As an industry we finally seem to be moving many of these ideas out of the laboratory.

“My bank has been doing these things for years,” some of you may be thinking.

My counterpoint: If so, why haven’t most of you broken out of the pack and achieved systemic breakthroughs in robust and consistent profitability?

I’m hopeful that a “strategic planning spring” is emerging over our industry among smaller-sized institutions. This can make a big difference of rationalizing growth, size, and performance criteria of the industry’s community banking backbone.

5. Technology is critical for long-term success.

For many reasons, both old and new, this is an important insight. What seems different to my ear now is that banks are increasingly willing to make “forward investments” in technology and related infrastructure rather than constantly scrambling to catch up.

Many are finally beginning to overcome the inertia of thinking “We can’t afford it” to a mindset where the first thought is “we can’t afford the risk of inaction or underinvestment.”

Brush up your speech, folks

One final thought, as a lifelong banker listening to a recorded panel presentation on the subject of building commercial loan volume.

We are an industry that seems unable to sustain meaningful conversations among our customers and ourselves without material lapses into jargon and arcane phases.

We can wax eloquent on our various policies and “we are doing thus and so” with great solemnity and apparent gravitas. We sound so solemn. But we may be at risk of being simultaneously boring at times—and that’s when people stop listening.

Let’s do ourselves a big favor.

First, let’s follow through on the five points that seemed important and relevant a couple of weeks ago at the conference of community bank lenders.

And second, let’s communicate with our publics—and among ourselves—with a greater sense of precision and decorum.

A pet peeve, if  you want to call it that: The bad conversational habit of lapsing into “you know” and “I mean.” These meaningless phrases distract from our messages.

It’s not banking, it’s just talking. But it makes a difference. We need to work on such little things, too.

We are, after all, communicators of essential ideas and information. We should sound like we are masters of that skill as well.

More in this category: « Do we take financial statements too literally? When “the web” didn’t need a computer »
back to top