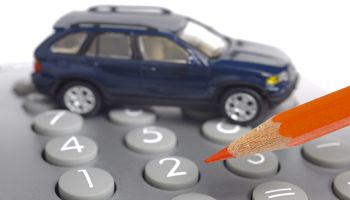 Some years ago I worked for Florida’s largest commercial bank that also happened to be the largest indirect auto lender in the state. By indirect lending, I mean we loaned to individuals whom we did not meet face to face. Rather, the loan applications were initiated at and by the dealership and faxed—it was a some years ago, as I said—to the bank for decisioning. We became an extension of the dealership’s activities in a sense.

Our president—a colorful and loquacious fellow—was a personable banker who was always very available to customers and the general public. He had become a regular guest on a radio talk show aimed at the A.M. rush-hour commuters.

One morning, when automobile loans were only just beginning to be written for 36-month terms, he was asked, “Bernie, is your bank doing a lot of 36-month auto loans?”

“Sure we are” he responded, “though I never owned a car that I wanted to keep for much more than two years.”

He had spoken too quickly, and produced a minor gaffe. I imagine most everyone listening had a chuckle.

I thought of that broadcast the other day when a piece I saw on CNBC’s “Squawk on the Street” reported what was to me some remarkable current statistics on the auto loan market. [Watch video on what CNBC called “the bubble to watch”]

Auto lending has been in the news a great deal in recent weeks. Apparently, business is pretty robust, as it has been receiving considerable attention by the examiners and by the credit risk managers in some of the leading institutions specializing in this sort of credit.

The average size of a car loan today approximates $28,000, up from $24,000 just two or three years ago, CNBC reported. The network also reported that the only segment of the auto loan market that was posting year over year gains is in the maturity category—now running over six years at the inception. It was also noted that leasing comprises about 30% of total dollar volume of car sales financing and that the average lease term is now 35 months.

What are the implications of this, I wondered? More car loans averaging the equivalent of a single-family home price not a generation ago and leasing representing an impressive ratio of the total volume—both sound like significant change. But what might they mean?

These statistics seem to reflect a structural and perhaps permanent shift favoring leasing rather than ownership.

I’ve no recent lending experience where lease paper has been a significant component of the auto loan portfolio. But I clearly remember my bank’s experience some years ago and with some car models where leasing carried some outsized credit risks.

Such risks are usually a function of the resale value of the vehicle at the end of the lease term. Concentrations in makes and models within the portfolio could create some unwelcome surprises.

I wonder if we’re building a prospective new class of credit concentration where risks will rise and fall with the entire automobile industry’s fortunes and not just in pockets of the full range of the industry’s product line.

If a 36-month lease costs out to be about the same as a conventional loan, who wouldn’t want a new car every three years (as Bernie suggested several years ago)?

Leasing creates predictable future demand for new cars so the industry, both dealers and factories, likes leasing. If banks can control the concentration risks inherent in the credit risks, banks don’t mind and in fact, for servicing reasons, may prefer leases. We’d rather be liquidating relatively new repos than model years that are several years old.

CNBC’s story noted that the national average monthly car payment is now $482. And that’s a number that reflects the low level of borrowing rates since the Great Recession starting in 2008. What happens to the borrower’s ability to qualify for a car loan when rates return to the levels more typical of the early part of the last decade?

It would be no stretch to imagine borrowing rates doubling or nearly so by the time the next leg of the interest rate cycle has fully unfolded.

Then there’s the interesting move by Wells Fargo very recently to curb its overall exposure in the subprime auto paper market. Is it a stretch to think that a majority of all car paper generated these days qualifies as subprime in terms of the borrowers’ ability to service the individual notes by traditional standards?

Is a credit pileup coming?

Cheer up. At least we see this one coming, if indeed it becomes a problem. But let’s watch out for the structural changes that may be creeping into the way Americans finance their automobiles. If you participate in the formal risk identification and tracking responsibilities in your bank, what are the sorts of things in the auto lending segment of your product line that triggers a closer look?  What if anything might you do about it?

I for one am skeptical of our ability to see all the things going on in major markets and product lines with the clarity we enjoy in hindsight. I can therefore confidently predict that more surprises are inevitable. I wonder if we’re driving around in some of them now.

It’s simply foolish to think that even this durable segment of the business won’t change and evolve. The current environment looks different than it has and our customers’ ability to carry the debt load is looking suspect for “business as we have known it.”

We’ve been focused on the volumes as we recover from the recession of recent years. Maybe that’s not a wide angle enough look.

More in this category: « Looking forward by looking backward Concentrations beyond three dimensions »
back to top