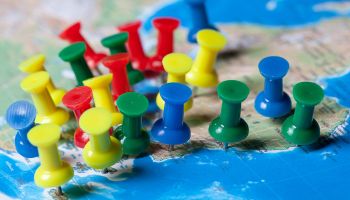 For years, most of us have been hearing that our industry is overbanked. I’ve thought that myself, at times, as I’ve chased business at various points on the business cycle.

Are there too many grocery stores? If so, some close. Too many fast-food franchise outlets? Some don’t make it.

But too many banks?

Today’s environment feels overbanked. Loan demand could be better, I suppose, and we can all agree that in the current business cycle, it’s better than it’s been in a few years. (And yet there are plenty of gripes out there that banks aren’t granting credit that’s wanted, that banks aren’t lending to some business classes.)

Now, let’s consider the ongoing consolidation trend. We have observed banks merge for many reasons in the last 20 years or so.

Was this because there was too much capacity in our markets?

It’s beginning to occur to me that the forces that propel bank mergers are not capacity issues. There are succession issues, mismanagement, shifting stockholder sentiment, and economies of scale that seem too attractive to ignore.

FDIC reported that on June 30, 2015, Return on Equity for all banks averaged 9.74%. The ROE for banks with total assets of a billion dollars or less was slightly lower at 8.72%. These banks are the very heart of the community banking industry and by this one measure, it doesn’t sound like the industry is overbanked. Intuitively one would expect that if such a condition existed and persisted over a period of time it would be reflected in a deteriorating ROE on an industrywide basis. Instead, ROE has been improving since 2010.

There is the argument to be made that the large banks in particular can handle a great deal more volume—loans, transactions, etc.—with their existing infrastructure but is that a chronic condition and is it a problem, per se?

Instead, the very largest institutions are very protective of their size and scale and are rightfully concerned that there exists in some political circles a threat of being broken up in the interests of risk management and “simplicity.”

Do “overbankers” have wrong end of telescope?

Banking infrastructure is capital intensive—facilities, equipment, computer systems, and such. We’ve been through waves of branch closings propelled by shifting demographics and truly amazing technologies that are transforming the ways customers interact with banks. Facilities are depreciated on long-time schedules, often of 25 or 30 years. Due to the dynamics of technology, computer systems become obsolete much more rapidly. So in that sense, any “overinvestment” in that arena quickly self-corrects.

It makes sense then to consider that in the facilities and equipment sense, there can be excesses of a longer-term nature and that they can exert a drag on earnings and performance. But it hardly defines the boundaries of the issue of whether the industry has too many banks.

Here’s what I think may really be going on.

We may have a surfeit of impatient thinkers rushing to conclusions—not having figured out whether we are staring at a problem or at an opportunity. Maybe we are not overbanked as an economic society.

America’s not using its banking muscles

I think we can all agree that our industry is underutilized in some key respects. We have excess liquidity. And we also face an excess of “throughput” capacity in the handling of physical volumes of items or in the digital processing of bits and bytes. We have excess physical capacity, too, in some markets.

Yet the greatest resource of any banking enterprise is its people.

How many bankers do you hear complaining that there are too many lenders, too many financial services representatives, too many professional marketing people, too many auditors, or too many of just about any defined career path common to all banks?

Customers don’t seem to be thinking that lobbies are empty or drive-up teller lanes have no wait times or that their phone calls are answered too quickly. Instead, it seems to be the opposite.

From the outside looking in, there seems to be an insufficiency of capacity.

I don’t mean to minimize the challenges of reconfiguring our physical facilities for a different era that’s driven by different technologies and customer preferences for dealing with us. Rather, when viewed from the customers’ perspective, the challenges today are primarily very old-fashioned ones.

Service is a bigger issue.

And not enough bank managers seem to understand it for what it is.

We have shrinking pools of talent. That’s the freight train that’s bearing down on all of us as an industry.

In the face of a shortage of talented lenders, of how much consequence is a bank’s branch footprint in the long run?

With the relatively strong and improving performance of our collective return on equity we can’t claim “poor boy” in a very convincing way.

We are living in a time of abundance. We need to understand that and deal with the problems that will really spell the difference between success and “also ran.”

We do not have to rebuild our businesses from scratch.

We do have to retool for a new environment that is already upon us.

Overbanked is an odd way to describe some of our largest challenges—and opportunities.

More in this category: « What you see, what you say Lazy words »
back to top