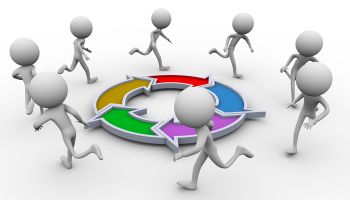 There was a warning last week by Comptroller of the Currency Thomas Curry that commercial real estate credit is on the examiners’ radar—again—and the Comptroller is not happy about what he sees coming in 2016. Curry was joining the other prudential regulators in raising this concern.

Underwriting standards have been slipping in recent months according to Curry, and in many banks, the spigot is turned full on for commercial real estate credit. That means concentrations are likely to be an issue—or can become one pretty quickly.

Why are bankers so obtuse about certain things? My regular readers know that I am saying this as a veteran lender.

Haven’t we all been awake the last few years and collectively experienced the problems that concentrations and occasional lack of rigor in CRE underwriting caused us?

And this is not for the first time. Now, bankers who lived through the banking environment of the 1990s perhaps can be forgiven for having hazy memories about the problems associated with CRE by the time 2008 rolled around. After all, that was a period of almost 20 years from the start of that decade to Lehman’s failure.

But coming into the New Year next week, it will only have been seven years and a few months since the bottom fell out the last time.

The effects of that collapse did not pass quickly. They lingered for a long while—and no doubt some bank managements wonder if that unhappy period will ever truly be over.

There are two things that are different today compared to the 1990s. And it’s not a positive reflection on many of us that we have been so casual about these differences.

First, rates still sit at unprecedented historic lows and have been now for seven years with only the slightest relief arriving last week with the quarter point increase in the Fed funds rate.

I think that many of us—and this is certainly true of many borrowers—have lost a sense of the value of money. When the national prime rate is 3.25% for several successive years, we seem to consider money as less valuable or “precious” than if banks were pricing it at 10%.

Second, we simply fail to fully consider the impact of operating leverage on the balance sheets of our banks and our borrowers.

Yet isn’t that what stress testing is all about?

It sounds like all the biggest banks and many large regionals have been through rigorous portfolio stress testing but have continued to pile increasingly high levels of CRE debt into the loan portfolio.

How did some of these deals get priced?

I also understand that some of these credits were likely priced with a defined period of a fixed rate and to the extent that’s true, that gets to another of Comptroller Curry’s concerns regarding slackening deal terms and pricing.

I grew up in banking in a different age and time, I guess, as there’s no other way that I can reconcile some of the anecdotal reports of pricing on large CRE deals with common sense.

Pricing for risk means more than simply beating the competition by an eighth of a point and by quoting fixed-rate pricing for a substantial portion of a loan’s term.

We’re speaking of both interest rate and credit risk. But are we so single-minded and focused on building volume that it doesn’t occur to us that we may be placing deals on the books that could be potentially upside down by hundreds of basis points in a relatively short time?

Common sense: A resolution for the new year

As we prepare mentally for the New Year, let’s resolve to simply have a level of common sense in our underwriting of all commercial credit.

Let’s not kid ourselves that we can be faithful to a long list of purely voluntary objectives. Instead, let’s understand that our adherence to a few ideas expressed in specific principles rather than carefully parsed rules will result in a less-risky environment to the benefit of our stockholders and customers.

We are not talking about the imminent arrival of the Grinch Who Stole Christmas. Rather, it’s the avoidance a year from now of a visit from the Grinch who can steal next year’s Christmas.

Who would deny that the warnings of the Comptroller so soon after the bottom of the worst recession of modern time is a reflection to some degree of an absence of basic common sense in bankers?

We know what we need to do.

But the siren calls of earnings and personal bonuses tempt us to do some unwise things.

We are in a season of joy and hope. Let’s root our aspirations in reality and assure ourselves of a truly happy Christmas season and coming New Year.

Banking Exchange Contributing Editor Ed O'Leary, a veteran lender and workout expert, spent nearly 50 years in bank commercial credit and related functions, working with both major banks as well as community banking institutions. His last job before retiring was as the CEO of a regional bank headquartered in Alburquerque, N.M. He earned his workout spurs in the dark days of the 1980s and early 1990s in both oil patch and commercial real estate lending. O'Leary began his banking career at The Bank of New York in 1964, and worked at banks in Florida, Texas, Oklahoma, and New Mexico. He served as a faculty member and thesis advisor at ABA's Stonier Graduate School of Banking for more than two decades, and served as long as a faculty member for ABA's undergraduate and graduate commercial lending schools. Today he works as a consultant and expert witness, and serves as instructor for ABA e-learning courses. You can e-mail him at etolear[email protected]. O'Leary's website can be found at www.etoleary.com.

More in this category: « Going, going, going … Looking at big-bank breakup idea »
back to top