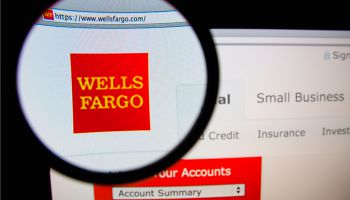 We’ve asked several Banking Exchange bloggers to examine the Wells Fargo affair from the vantage of their areas of specialty. In this first installment, credit and community banking veteran Ed O’Leary considers the challenges of keeping things straight in a business where selling is essential.

The recent news about Wells Fargo’s imbroglio over the reasonableness of staff sales goals reminds me that the issue is not a new one. The aggressiveness of the bank’s goals and the means that employees used to accomplish them is the central issue, rather than the existence of production goals themselves.

Lenders, young or old, have always been considered to be producers.

We sell for a living. We sell our customers on the services that our bank can perform. Then we sell our credit bosses on our customers’ loan deals and act as our customers’ advocates internally. And in dealing with the general public, we represent our banks and are expected to recruit new business opportunities as we spot them.

The core problem for Wells seems to be that the goal setting process was harshly unreasonable. It appears that the pressures to produce either were—or were perceived to be—very intense and absolute.

Unclear at this stage of public awareness of the issues is whether employees strove to achieve payouts on incentive compensation or whether their primary motivation was simply to keep their jobs. There’s a difference.

It’s no secret that Wells has long focused on the cross selling of customer services and the so-called penetration ratio of services sold to any single customer.

In today’s environment, more is better. The business logic of this is irrefutable. The more services that connect the customer to the bank, the more difficult it is for that customer to switch banks, and the more opportunity bank representatives have to “pitch” additional services.

This, by the way, represents the downside to reducing face-to-face customer contact with the bank in favor of an electronic interface. How will it be possible to effectively cross-sell the customer? It won’t be impossible. But I think everyone recognizes that it will at least be a lot more difficult.

But let’s go back to the Wells thread. In a hard-charging corporate environment characterized by demand for tangible sales results, the key to being successful is to formulate reasonable targets backed by incentive compensation capable of affecting individual behaviors. Employees shouldn’t expect incentives for doing what they are supposed to be doing in the first place. Incentives should spur that “extra” bit of effort and hustle that results in more and better production.

Looking back at “culture change”

When First Security acquired my New Mexico bank, our culture was transformed from that of a prosperous community bank to a more competitive regional bank. The expectations changed. But with them came a well-articulated—and vetted—incentive system and strong and consistent coaching support to improve individual results.

And it worked. Not overnight, but in time, we all adapted to the new corporate expectations and in most cases, branch employees ended up with bigger paychecks owing to the incentives they were able to earn.

A few years later Wells acquired First Security, and us. In the Albuquerque market, due to deposit concentration issues, Wells and Bank of the West each acquired about half of First Security’s deposits.

Though by that time I had taken an early retirement and gone on to different work, I heard from my former colleagues that the Wells sales quotas were aggressive and often difficult to achieve. Some of that was probably simply adjusting to new ownership. I never deemed it to be particularly burdensome or job threatening. But both of these acquirers shared virtually the same expectations. As I was not an employee of either, I can’t be more specific than that.

Some community bankers became uncomfortable with these expectations and they left the business for other sorts of jobs. But the important fact is that bank jobs involving substantial customer contact are sales jobs.

I have heard anecdotally both locally and in my broader industry work in more recent years that the largest banks got considerable pushback from their acquired community bank employees about that sales expectation. This was hardly an experience unique to Wells.

Time for some hard questions

In that sense, some of this was just normal grousing about change and a new reality about what the business has become in a more competitive environment.

However, there is a dark side to this, relating to the behaviors of many employees, and it’s in full view with the recent news on Wells Fargo.

The questions boil down to a relative few:

1. Intelligent goal-setting. How should management set and monitor sales and production goals to be sure that they are reasonable, rather than nearly impossible to consistently attain?

2. Framing the downside. Are there penalties for not accomplishing these goals beyond simple exclusion from participating in incentive compensation programs?

3. Overseeing behavior. Can the auditors systematically monitor a full range of employee activity to be sure that incentive compensation systems are “honest”?

4. Detecting wrongdoing. A collateral question for Wells’ auditors is whether they should have, or reasonably could have, found the aberrant employee behaviors sooner?

5. Utilizing feedback. What are we learning from each and every customer complaint?

If I had been a senior Wells manager—or if I were currently a manager in any bank where sale expectations rank highly, I’d be carefully looking for visible disconnects between the company’s stated values and operating values.

Stated values are what we say in our mission/vision/values statements.

Operating values are the way we behave.

If there’s not a strong correlation between what we say and what we do, then there may be a lot more trouble of this sort on the horizon.

In Wells’ situation that disconnect at the branch customer contact level was seriously out of whack. What we’re witnessing today is not limited to Wells. There are serious disconnects in many areas of our business between actions and expectations, and that applies to both banks and to banks’ customers.

Stepping back from the chatter

Predictably, many voices are being raised in protest and condemnation today, but I’ve not yet seen much useful commentary. We need an appropriate and reasonable narrative by which we understand and explain to our employees and our customers what went wrong and how collectively as an industry we are going to fix it.

Some points the industry should be pondering:

• People make bad choices and they should be held accountable.

• Management should be accountable for properly setting the objectives by which individual performance is measured and rewarded.

• The contract with the employee is bi-lateral, not one-sided.

Just blaming the culture is no help. How do we modify the culture? That requires a change in the environment and it’s up to us to do it.

Remember the old story about predicting the Flood?

What’s needed is someone who knows when it’s time to build the ark—not just someone who can describe the rainstorm.

More in this category: « What’s really in a CEO’s job description? 3 gut reactions to Wells Fargo hearing »
back to top