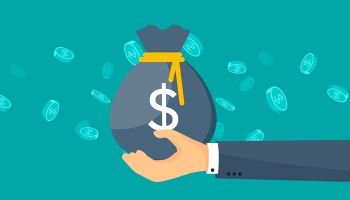 It’s time for New Year’s resolutions. Most of us make them—or at least think about them—and some of us even manage to accomplish a few them in a more or less sort of way.

Commercial lending, the way I learned it and certainly as I tried to practice, is a relationship business. It’s not what we do so much as the manner in which we do it that produces what lasting success we achieve.

Maybe we should think of our interpersonal relationships in terms of New Year’s resolutions. How might we discharge our responsibilities in ways that elicit maximum collegiality and favorable impact on our relationships?

Lending money if nothing else is a beehive of activity. We lenders rely on our personal relationships with our peers, superiors, and subordinates to get our jobs done.

What happens when one or more of those with whom we interact give us short shrift? Or they, through deliberate or quasi-deliberate actions, make our jobs more difficult or more tedious?

How much of this is our fault? Do we ever stop and think about others’ reactions to what we say or what we do?

Probably we don’t, unless we are making a point of corrective action. But perhaps we should. Are we ourselves inhibiting our own progress in getting the job done?

Getting along in loan committee

As a specific exercise, let me suggest that we pay close attention to how we interact with each other in loan committee. Do we observe behaviors in others that detract from an optimum exchange or a desired outcome?

When I arrived several years ago at my job as the new CEO of a relatively large community bank, there were many dysfunctional relationships. Executive management was coping with deteriorating market conditions where business as usual was beginning to impinge on profitability.

The examiners got this. They saw what the lending staff was slow—too slow—to recognize. As a result, the team had to exercise stern supervisory authority to alter a series of outcomes that, in their opinion, were threatening the bank’s well-being.

None of this was serious to the point of a safety and soundness crisis. But the examiners were more right than the lenders.

And those of us who have our battle scars from prior years and crises can attest to the folly of simply ignoring the examiners.

I had chaired the senior loan committee at my previous bank and worked hard to make it an instrument of internal control. In addition, I tried to create an environment of communication, training, and reinforcement of credit principles.

In my new environment, it seemed like I had entered a den of intrigue. Two or three of the senior people practiced a “gotcha” sort of sport.

To junior lenders, loan committee was no meeting of the minds—it was gauntlet to be run and survive.

Is that an atmosphere conducive to learning and a collegial sharing of views? If everyone was on his guard, what was the point of sharing any information? When one’s contribution was almost certainly to be disagreed with (virtually on principle) or where a veiled sort of ridicule was often the result, cooperation had become nil.

That was unacceptable. So within a few weeks I’d reconstituted the committee by eliminating two senior officers. One left by an early and unexpected retirement. The other I fired.

I also began attending every meeting. But I didn’t sit at the head of the table. I sat at the bottom of the table and allowed the new chairman to conduct the meetings as he saw fit.

It took a little while to reset the environment to where I wanted it. Such things don’t happen overnight. Think of a mature dog that cringes at a sound or a tone of voice. That’s the way the younger lenders seemed, at times. But they outgrew that when a tone of mutual respect prevailed in committee meetings.

I really didn’t have to do very much beyond the personnel changes and simply being there to show respect and support for the process:

• And in time we began to approve more credit than we denied.

The figurative gauntlet was dismantled.

There’s no science in any of this. People want to be treated with respect. A respectful attitude creates a more productive and professional environment.

In this new year, imagine if our resolutions focused primarily on qualitative outcomes rather than quantitative ones.

• Would we be more productive?

• Would cooperation among seniors, subordinates, and peers improve?

• Would that make our jobs easier?

We often miss the obvious things around us and get so wrapped up in the what that we lose all track of the how.

In 2017, we face a challenging business environment. But the signals are more promising than they have been in years.

In a sense, a resurgent economy will take care of what we do. This leaves us to concentrate on how we do it.

We might really enjoy ourselves this coming year for the first time in a long while. For some of us this may require a conversion of sorts.

But it shouldn’t be very hard and it will generate its own momentum.

It’s well worth the try.

More in this category: « Do your policies reflect your culture? Email, your bank's culture, and who fits »
back to top