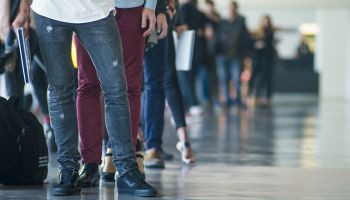 “There’s really not much that indicates we’ve learned anything new over the last several cycles,” says veteran lender and CEO Ed O’Leary. He aims to fix that.
My fellow Banking Exchange blogger Jeff Gerrish’s recent post—“14 signs of a high-performing bank”—on how to identify a stellar community bank was remarkable for the almost total absence of financial metrics in the recipe. Of the characteristics of performance, I counted only one financial measure: Return on Assets. Jeff’s threshold for that ratio was a stout 2%, so on that metric alone, I agree that such a bank would be considered a high performer.

But many other factors he identified, including heavy community involvement, relationship banking, well-compensated staff, and an engaged board of directors were all important factors too. They were simply not financial measures of performance in an environment where many community bankers seem obsessed with Return on Assets and its companion ratio, Return on Equity.

I thought this was a both a functionally sound but not a particularly common way to look at community banks. And maybe this amalgam of factors is the so-called “secret sauce” of community banking today and into the years ahead.

There are many community bank CEOs who seem preoccupied with performance. I know this well as I’ve worked for a few of them. They are ambitious people. They know all the ways of increasing financial performance but without the heavy lifting required to make outstanding performance sustainable and replicable.

I teach an on-line class for the American Bankers Association on bank financial performance. One question that I use with each group—to engage them in considering the elements of high performance—is:

How do you spot a bank that is deliberately being run “hot?”

By hot, I mean one where most of the external comparisons to peer are in the upper percentiles—generally upper quartile as a rule, but the long-term trend lines are ambiguous.

The banks that are tuned to continue to do well are almost exclusively those with strong track records of performance with the various subsidiary and supporting ratios reinforcing the principal trend lines.

Over the years, I’ve come to understand that consistency of a bank’s financial performance is a usually reliable proxy for the degree of risk that a particular bank is subject to.

In an old-fashioned sense, this is a blinding flash of the obvious. Some of us are acquainted with the CEOs that push loan volume and may shave a bit on terms and conditions to win the business. They are often the same ones who get into regular disagreements with the auditors and have in the more “serious” cases running disputes with Loan Review. They also never saw a fee they didn’t like or a way to tack on a little extra for the margin.

Banking took some of these behaviors to an art form in the years prior to the banking crisis that began in 2008 and the public let us all know what it thought about our voracious appetite for fee income.

In fact, this was a major reason why the Consumer Financial Protection Bureau has proven so popular with the banking public and the politicians.

We were simply tone deaf to much of what we were hearing.

So here is a very summarized way that I try to judge whether a bank is being deliberately “run hot.” I look at three things:

An analyst can find virtually all of this information in the bank’s Uniform Bank Performance Report (UBPR).

Leverage is stored up on a bank’s balance sheet, as reflected in the debt-to-equity ratio, primarily. But it can also be present in a bank’s loan-to-deposit ratio. Peer comparisons are usually very helpful in this sense. Don’t forget that by increasing leverage, we are goosing Return on Equity.

Sometimes buried in a bank’s cost structure are a higher level of fixed costs.

Operating leverage is to the income statement what financial leverage is to the balance sheet. It’s usually hard to spot. But at least one should be thinking about it along with other sometimes seemingly unrelated information we glean about the bank.

All banks pay considerable attention to credit quality as it’s the biggest single source of risk on our balance sheets. I personally pay close attention to the trends of non-performing loans, the size of the reserve to loans and to recoveries.

If the trend on recoveries is anemic, it may be a sign that the bank is micro-managing its capital account and is slow to charge down problems, resulting in a lower harvest of recoveries.

Core funding has always been important to community banks and is about to become more so, as rates head up and savers have more (and better) yield choices for their excess funds. I think that liquidity may well be the defining problem of the next few years for community banks.

You pay, eventually, for short-term focus

There’s no secret formula for outsiders and perhaps even some community bank directors to really understand how a bank is run (for the short run or the long run). But experience teaches all of us certain lessons. One thing I know is the tendency of some bank executives to favor short-term performance over long-term sustainability.

The paradox is that the owners favor long-term performance over the short-run and too often fail to get it. Maybe they simply don’t know where and how to ferret this out.

More in this category: « Bad behaviors in the workplace Thoughts from banking’s “departure lounge” »
back to top