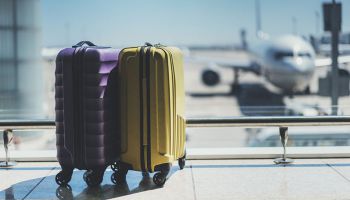 Some bankers actually bristle when I refer to bankers as “salesmen.”

They don’t consider themselves to be hucksters, preferring instead to think of themselves perhaps as artisans. But sales people we are: we pitch our banks to our prospects; we pitch our terms and conditions to our borrowing customers; we pitch our customers’ deals to our credit committees.

But we’ve all seen that same process work in reverse. Our customers bolt for another bank, our lenders depart for presumably greener pastures and even we, ourselves, “self depart,” and find ourselves another bank when we feel that our careers have somehow or for some reason “stalled.”

Marketing executives constantly preach that it’s cheaper to keep a customer than to acquire a new one. That’s the best way to understand just how expensive customer churn is. We have many people in our institutions looking out for the departing customer so that base is probably pretty well covered in most banks.

But who is seriously focused on our staff turnover?

What about the promising young lender who seems to have all the requisite talents for success as a lender and business builder? Do we have anything in place to anticipate and address the frustrations, valid or not, of the younger members of our professional cadres?

What of ourselves? Who is responsible for our individual morale and our career development?

Lesson from a five-star general

General of the Army George Marshall served as President Roosevelt’s Chief of Staff of the Army during World War II and climaxed a brilliantly successful career as President Truman’s Secretary of State. During his final years of government service, he presided over a huge government bureaucracy riddled with political factions and cross currents known today as “the McCarthy era.”

It was a tough time for high-minded political appointees to serve in government and we often forget that the problems and frustration of the current moment have echoes and parallels in our relatively recent national history.

One day, General Marshall addressed his senior staff on the subject of morale and esprit de corps. Morale in government at that point was in a word, lousy.

Marshall briefly commiserated with his staff and then asked, “Who is in charge of my morale?”

How real is your “family feel”?

The question of course was rhetorical but the point was significant. As responsible and professional individuals, we are responsible for our own morale. It’s a leader’s responsibility to not only take care of his people but of himself.

I’m not for a moment suggesting that all change is necessarily bad or even unproductive. But we have all seen talented coworkers depart for other venues where the upside potential was not necessarily self-evident. There were reasons that motivated that person that might have been better anticipated or controlled and reduced the likelihood of a resignation.

We might have “saved” that person and his or her talents for our own company.

Community bankers often lapse into conversation about their banks as “family” and attribute certain characteristics and attitudes to the staff that might not necessarily be reflective of reality. An owner or principal shareholder may have a very different perception of the workplace reality than a 30- or a 40-year old lender.

So who looks after a professional staff that has little or no “equity” in the enterprise and few objective ties to the job other than salary and professional growth?

I know that many of us who are veterans of community bank environments are convinced that the “secret sauce” of independent community banking lies in the close ties to the customer and the community itself. But what is the glue that cements the staff into place and acts as the unifying medium of commitment and service?

I suspect as I’ve worked in varying capacities with community bankers in recent years that those ties that used to bind and adhere us together are less strong and functionally effective than they used to be.

By coincidence, the funeral of my old boss, the president and CEO from my banking days in Oklahoma City, will occur this morning. To me, he represented the best of bank managers over my 50 years as a banker. He knew each of us on a personal and professional level and we trusted him as both a banker and as a friend. This is an increasingly difficult challenge in the current age of workplace dysfunction and the diminution of ties of loyalty and affinity to our employers.

But it also reflects the diminished capacity that many of us feel for a sense of community in the simplest sense of that now shop-worn term.

That’s us I’m talking about. There’s a lack of something today that was present in years gone by.

That’s really the secret sauce of community banking. It’s less the community in which the institution operates and more the sense of belonging that we feel toward one another.

Yes, I’m responsible for my own morale but how much easier is that undertaking when we feel and share a collective sense of responsibility for each other? We are missing the obvious and its right under our noses.

The fix must be largely determined by the unique character of the institutions we work for. But who among us can profess ignorance of what the objective should be? It’s a collective responsibility and there’s an important role for each of us to play.

More in this category: « How do you spot a “hot” bank? Borrower: “Why fly commercial?” »
back to top