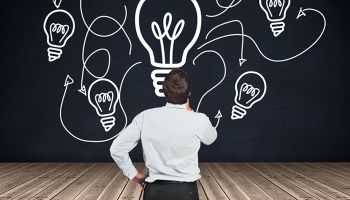 Blockchain was not born solely from the forces of innovative technology. External motivating forces helped to drive this disruptive movement, just as there are forces driving the banking industry to explore its potential applications. While some question the technology’s long-term viability in the industry—writing it off as a passing fad—bankers should be considering the reasons blockchain technology is gaining traction and importance.

Hardly a day passes without news of further initiatives and investments in blockchain. Growing numbers of banks and other institutions are developing and conducting trails of blockchain capabilities and applications in their innovation labs. And venture capital funding is continuing to flow into blockchain start-ups around the world.

All of this points to growing confidence among both banks and investors that blockchain technologies will ultimately transform how financial services are conducted, operated, and delivered.

With payments near the top of the list of high potential areas, it’s hardly surprising that blockchain dominated the conversation at the Sibos 2015 conference in Singapore. Blockchain’s long-term disruptive potential is now widely recognized. If 2014-2015 was the era of blockchain experimentation and innovation, then 2016-2017 is the time when this rapidly evolving technology should start to emerge from banks’ back rooms and begin to be applied to solve real business problems.

What got this started?

To understand why blockchain is such a big deal for banks, it’s helpful to step back and look at the key drivers of industry change over the past three to five years.

On the industry front, banks have been dealing with the continuing advance of globalization and cross-border, multi-currency transactions across their customer bases. They’ve also been facing margin pressures—with a need to shift the balance between risk and fee revenues—along with developments such as payments convergence, the roll-out of immediate payments schemes worldwide, and new standards such as the ISO 20022 financial messages standard.

At the same time, the speed of change in technology has outpaced other drivers. As customer offerings and experiences have become increasingly omni-channel (including mobile) and real-time, innovations like digital wallets, contactless payments, and payments clouds have come to the fore. These factors are making the banking environment more complex, increasing friction and costs.

These advances are now being joined by distributed consensus ledgers, whose content is kept in automatic alignment and in real-time through blockchain. The ledger technology promises to beneficially transform current inefficient and disjointed practices.

On the regulation front, we’ve seen developments including the Payment Services Directive (PSD) 1 and 2 in the E.U., the Dodd-Frank Act in the U.S.; Basel III capital and liquidity framework globally; and moves towards ring-fencing in markets such as the U.K.

In combination, these drivers are having the effect of intensifying competition by encouraging entrants such as challenger banks and third-party processors.

Blockchain continues to evolve—both in terms of the technology itself and the problems it’s being applied to solve.

When “Blockchain 1.0” was developed around 2008, its goal was to overcome the key shortcomings of money. As a physical commodity, money brings inherent costs. It creates friction between the different intermediaries involved in conducting and settling transactions. And money is not a “pure” form of value as it’s bound by national borders and can be manipulated by governments.

Blockchain 1.0—whose most visible manifestation was Bitcoin—set out to address these issues by creating a global means of value exchange that was secure and reliable, didn’t require settlement, and removed friction and the risk of government manipulation.

With Blockchain 2.0, the current phase of evolution, the focus has shifted away from enabling virtual currencies, and towards the capabilities and business potential of the underlying technology.

This creates a need for concentration on both the global aspects of blockchain, and also the notion of creating and sustaining trust—especially trust in the information sources that trigger blockchain actions.

Payments, one of the most significant areas within a bank, are strongly positioned to benefit from the transformational potential of Blockchain 2.0.

Ten years ago, only a handful of a bank’s biggest corporate customers would have been transacting regularly with markets like China and India. But ongoing economic and commercial globalization means even the smallest business customer of any bank is now likely to be making and/or receiving payments worldwide across borders and in different currencies. The same is increasingly true of personal customers.

These trends are driving the headlong growth in global payments. Coupled with the immediate payments schemes and other emerging payment types being deployed in countries around the world, these rising volumes are creating challenges and opportunities. Yet the overall market issue to be solved is that there is still friction: payments are expensive, slow and there is limited transparency as to when they will be received, particularly with international payments.

Blockchain offers an unrivaled ability to tackle these issues—opening the way to the creation of a global payments environments characterized by less friction, higher speed, greater efficiency, and enhanced transparency and security.