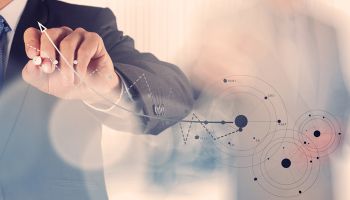 CFPB's no-action letter process grants some assurance after bureau review. From the get-go CFPB had indicated there would not be many such letters issued.

Specifically, Upstart had been seeking assurance regarding CFPB treatment of its underwriting and pricing model, which is designed to use both alternative lending criteria and traditional criteria to extend loans to prospects with limited credit histories.

“Although the general principles reflected in ECOA and Regulation B are clear enough,” Upstart wrote in its application, “the expected evolution of Upstart’s automated underwriting model and potential changes in the applicant pool over time result in substantial uncertainty concerning the facts to which those principles would be applied and what actions Upstart should take to prevent, mitigate, or remedy potential discrimination that might arise.”

In its 14-page application, Upstart explained that having some regulatory certainty would ease its efforts to raise additional capital from investors. In seeking the letter, the company detailed its existing compliance efforts and acknowledged concerns that alternative lending criteria could result in disparate impact on classes protected under the Equal Credit Opportunity Act and its implementing Regulation B.

First letter a while coming

CFPB first proposed establishing a policy for issuing no-action letters on request from companies in October 2014. The policy was finalized in February 2016. The no-action letter process is administered through the bureau’s Project Catalyst, its innovation function.

The granting of a no-action letter from CFPB is not a blank check. It is a statement that the bureau does not have “present intent” to recommend beginning supervisory or enforcement action against the applicant firm. The process is applicant-specific, in that it does not, from the bureau’s letter “serve as an endorsement of the use of any particular variables or modeling techniques.” No blanket approval of industry-level practices is implied.

In exchange for the limited assurance granted in CFPB’s letter, Upstart agrees to share data with the bureau regarding its program on an ongoing basis. It also commits to conduct ongoing fair-lending testing of its underwriting and pricing model.

CFPB’s short letter stated that it expires in three years, but that Upstart could apply for renewal.

The concept of no-action letters is new for CFPB, and specifically geared to encourage innovation under bureau oversight. No-action letters are not new for certain parts of the federal government. The Securities and Exchange Commission, for example, has several types of letters it issues after evaluation of proposals is requested, available from four separate divisions at the commission. The Comptroller of the Currency has issued interpretive letters relating to the applicability of the National Bank Act. There are other similar efforts at other agencies as well.

In an analysis of the bureau’s policy last year, the Barnett Sivon & Natter P.C. law firm found limited utility in the program. First, the firm noted that the bureau anticipated that issuance of such letters would be rare—and Upstart’s is the first produced in a year and seven months. The firm also pointed out that CFPB explicitly said it expected to only receive a few applications that would be judged “actionable” in a year.

The bureau limits what it will look at. “CFPB’s decision to focus the policy on new products or services, not existing ones, regardless if there is regulatory uncertainty for an existing product, significantly narrows the use of the policy,” the firm wrote. The firm also pointed out that bureau no-action letters are not binding on state or other federal regulators nor on any private legal action.

In a 2016 bureau report on Project Catalyst, CFPB stated: “…the Policy on No-Action Letters aims to facilitate the development of consumer-friendly innovation in circumstances where substantial regulatory uncertainty may hinder such progress, while also providing guardrails to protect consumers’ interests. The policy is also designed to allow the Bureau to gain substantive knowledge about new products and services during the application process and after a No-Action Letter is in effect. Under this policy, the Bureau may gain insight that can ultimately help inform the Bureau’s work more generally, from market monitoring to rulemaking.”

CFPB has been studying alternative credit criteria for some time.