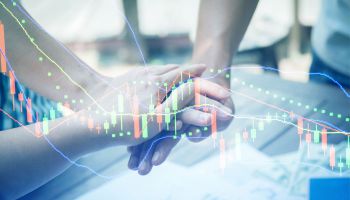 In its first fintech innovation arrangement with a non-U.S. counterparty, the Commodity Futures Trading Commission signed an agreement Feb. 20 under which CFTC and the U.K.’s Financial Conduct Authority will cooperate.

Specifically, the agreement commits the two regulators’ innovation arms—LabCFTC and FCA Innovate—to collaborate with each other and support innovative firms. Under the agreement the two agencies will hold a joint event in London to show how firms can work with both. According to the joint announcement, FCA’s Innovation Hub, formed in 2014, has supported over 500 businesses and authorized 43 businesses. LabCFTC has engaged with over 150 entities since its 2017 founding.

The American regulator also stated that he hoped that the collaboration would increase awareness of the “critical role” that regulators play in digital markets.

The ten-page agreement provides for information sharing between the U.S. and U.K. regulators. The arrangement also provides for “referrals of fintech companies interested in entering the others’ market, and sharing information and insight derived from each authority’s relevant sandbox, proof of concept, or innovation competitions,” according to the joint announcement.

Other U.S. financial regulators have staff assigned to innovation-related activities to some degree. At the Comptroller's Office there is the Office of Innovation and at the Consumer Financial Protection Bureau there is Project Catalyst.