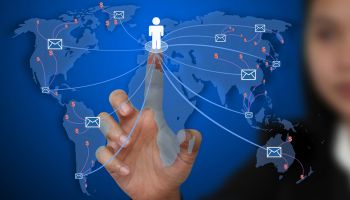 Consumers demand convenience, flexibility and pay-anywhere availability from real-time payments, according to the third phase of a comprehensive banking behavior study by FIS.

Among the findings, consumers who transfer money person-to-person—especially those sending money overseas—want to those transactions to be immediate; and, while young consumers are more likely to be among the early adopters of real-time payments, most important, they want the process to be convenient and easily accessible.

Faster payment was rated as being important by 80% of outbound foreign money transfer users, because it provides both senders and recipients with peace of mind. The majority (58%) of A2A users also want to be able to transfer their money between accounts quickly and a large percentage (41%) of P2P users want recipients to be able to access funds immediately.

Prime consumer segments for early adoption of real-time payments include: affluent customers, people sending money overseas, and younger customers. The study underscores the importance of features that support convenient payments, particularly mobile device access of real-time applications and services—especially for outbound foreign remittance users. Fifty-two percent of outbound foreign money transfer users would use their mobile devices for real-time transfers while 45% of P2P users reported a desire to use their mobile devices.

Another significantly desired convenience is the ability to enter a recipient’s email address or phone number to route a transaction instead of a long series of bank and checking account numbers. Demand for this convenience is particularly strong among younger generations. Fifty-five percent of Gen Y and 43% of Gen X consumers stated they would be more likely to use real-time payments if they could transfer funds in this way.

In a previous phase of the release of this study’s data, FIS noted that the majority of consumers (55%)—including the prime target segments for early adoption of real time—prefer to obtain real-time payment applications and services from the financial institution where they have their primary checking account.

“Real-time payments are clearly the future of money movement, according to the consumer demands laid out by our data,” says Anthony Jabbour, executive vice president, North American Financial Institutions, FIS. “As the research has shown, people trust their financial institutions to bring them real-time payment solutions, but they will use other avenues if their bank can’t meet their needs. For that reason, financial institutions must adapt to keep step with their customers and not fall behind non-bank competitors.”

This is the third segment of a three-part series; the first two segments of the study’s findings highlighted opportunities for financial institutions—from smaller, community banks to larger, major institutions—to capture real-time business and the consumer behaviors and preferences that make real-time payments a good business decision.

The study’s research method was comprised of qualitative research with focus group respondents, including overseas money transfer users, followed by a national quantitative survey with 1,508 adult financial decision makers who conduct their banking electronically as well as interviews with 30 executives in the banking industry.