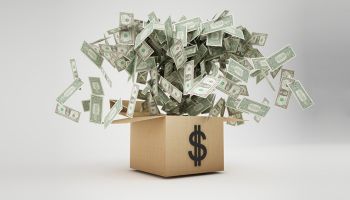 March 18th was a great day for payments and the automated clearing house system. NACHA announced that it will study and implement a phased-in approach to Same-Day Settlement ACH. This is great news for the industry and the consumer. And the implications are mondo-humongus! That means BIG… Totally!

ACH is primarily a small-value, high-volume batch processing payment product. Designed to be efficient, it was initially touted as the replacement for the check. The check is still here, albeit in smaller volumes, while ACH payments have continued to slog along and grown into a viable payment option.

Most recently, however, the ACH system has struggled with relevance. New competition from emerging alternative payment methods and the rapid increase in the adoption of the debit card has put pressure on NACHA to find a way to stay in the game.

In 2010, the Federal Reserve launched the Same-Day-Settlement FED ACH program with hopes of generating a renewed and contemporary interest in ACH, but it soon stalled due to its bi-lateral participation requirement. Meaning both sides of the ACH transaction needed to agree (sending and receiving banks) before sending the file and settling Same-Day. Oh geesh, right? That’s Midwest speak for “Give me a break.”

In order for a payment system to work, it must be two-sided and accepted by both parties and from my point of view, the ACH system is already there. The difference is when the money follows the transaction. Under current ACH rules, settlement is two days. An example: ACH item is be transmitted on Monday, but settles (cash due) Wednesday. Simple, two days.

Same-Day means just that. If I send an ACH this morning, the cash is due and the transaction settles at the end of the business day. No more waiting over the weekend for a late direct deposit payroll file to post and causing employees a banking hardship. This is great news for everyone that has had that situation happen to them, but there is more.

Sending small value payments same-day using the ACH system can be affordable and convenient. Think of the possibilities. ACH Same-Day is very similar to a signature debit card transaction in timing, how these transactions are completed and, ultimately, funded (i.e. settled).

Now, imagine an ACH card as opposed to a debit card. The de-coupled debit card (Capital One) tried to get this concept to go, but it stalled. With a broad-based rules change things would be significantly different.   Hmm… does this mean more competition in the payment space? It most certainly would throw a wrench into the status quo if this ACH option catches on to say the least.

Of course, we should not implement Same-Day ACH without first understanding the risks and how to prepare for and manage them. That will be in a future blog… but the risks are already there, it is just a matter of timing, trust and technology.

The consumer is expecting and demanding real-time solutions and there are more choices. Same-day settlement is the natural next step in the evolution of the ACH system.

Furthermore, NACHA has a terrific opportunity to redefine the ACH payments space and join the 21st Century.  After all, the 21st Century is already half-way through the second decade!

Tagged under Technology, Payments, Blogs, Beyond the Bank,