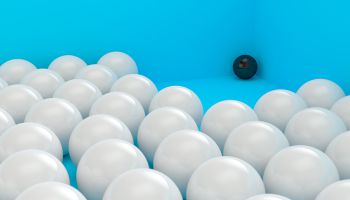 American Express handled territorial credit card business through a separate operation from that doing business on the United States mainland..

In its pursuit of new ground, the Consumer Financial Protection Bureau recently took action against two American Express banking subsidiaries that serve Puerto Rico, the U.S. Virgin Islands, and other U.S. territories, claiming that consumers there were given charge card terms inferior to those available to consumers in the states.

According to the bureau, in the past ten years more than 200,000 American Express customers in the territories were subjected to higher interest rates, stricter credit cutoffs, and less debt forgiveness than stateside consumers. Acknowledging that American Express has already paid approximately $95 million in redress to those consumers, CFPB ordered it to pay at least another $1 million to fully compensate those alleged to be harmed.

“Consumer financial protections are not confined within the 50 states,” said CFPB Director Richard Cordray. “American Express discriminated against consumers in Puerto Rico and the U.S. territories by providing them with less favorable financial products and services.”

American Express offers 45 types of credit cards with differing terms and benefits, including cards offered in Puerto Rico and the U.S. Virgin Islands (known collectively as the Puerto Rico cards). After the company reported to the bureau differences in its Puerto Rico cards compared to cards offered in the states, CFPB launched a supervisory review and found disparities in pricing, rebates, and promotional offers, as well as different practices in underwriting, account-management services, and collections practices.

Nonetheless, the bureau ordered the company to pay at least another $1 million in redress. Civil penalties were not assessed, Cordray said, because the company self-reported and cooperated fully with the bureau.

In addition, CFPB ordered American Express to develop and implement a compliance plan to prove that it does not discriminate in services to Spanish-language customers in U.S. territories.

The other side of the story

American Express adamantly disputes the charge of discrimination, explaining that it discovered, corrected, and compensated consumers for its mistakes without a push from CFPB.

“As part of an internal review that the company began in 2012, it determined that certain cards issued in those markets through its international business did not uniformly have the same terms, conditions, and features as the cards the company offered in the continental United States,” American Express said in a statement. “The products in the U.S. territories were very competitive with local offerings, and they were always made available to qualified individuals without regard to race or ethnicity. However, by law, these products should not have varied from their continental U.S. counterparts.”

The company said once it discovered the error, it took comprehensive action.

“In 2013 American Express reported this matter to the CFPB and changed the terms and features of these cards to match its mainland products,” the company said. American Express identified the cases where customers were not offered the terms and features of a U.S. card, looked back over a decade to determine the value of those benefits, and voluntarily provided $95 million in compensation to affected and potentially affected customers.

As to the CFPB’s charge that card differences constitute discrimination, the company stated that: “American Express absolutely does not agree with this claim. The company is committed to making its products available to every qualified person regardless of race or ethnic background, and it does not use race or ethnicity as a determining factor for credit.”

Yet American Express agreed to the terms of the consent order, recognizing the futility of trying to battle the bureau.

“Having long since taken actions that the CFPB subsequently ratified, the company decided to settle with them rather than go through years of litigation that would have provided no additional value to any of its customers,” American Express said.

But there are no similarly situated U.S. card-holders. Puerto Rico has more municipal bond debt per capita than any American state. The territory is in an economic “death spiral,” according to former governor, Alejandro García Padilla, who said before leaving office earlier this year that the island’s $74 billion debt “is not payable.”

“This is not politics,” Padilla said. “This is math.”

The Congressional Research Service reported last year that median household income in Puerto Rico was $18,928—less than half that of Mississippi, the poorest state. The unemployment rate in Puerto Rico is 11.8%. It has lost more than 10% of its population in the past decade. Its credit rating has been downgraded to junk.

Is it discriminatory for a company extending debt in that market to consider such dire economic conditions?

It’s notable that the federal government does not treat U.S. territories the same as states. Puerto Rico is losing hundreds of doctors a year because Medicare reimbursements are so much lower there. Individuals residing in Puerto Rico are ineligible for Supplemental Security Income (SSI). They are not automatically enrolled in Medicare Part B when they turn 65, nor are they eligible for low-income subsidies for Medicare. And while federal Medicaid funding to the states and Washington, D.C., is open-ended, Medicaid programs in the territories are capped.