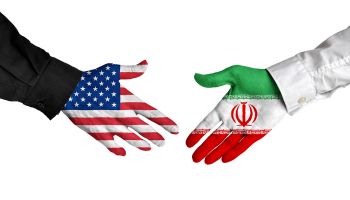 The Iran nuclear agreement continues to be debated within Congress and elsewhere, but it is important for banks to isolate the operational impacts of the agreement on their AML operations.

This week the Obama Administration lined up the votes to push through Senate approval of the controversial pact. The formal vote is slated at this time for Sept. 17.

Nothing officially changes until after Congress ratifies the agreement. Once it is ratified, the implementation day will be set for the lifting of relevant sanctions. While the date has not been finalized, it should happen soon after Sep 17.

Assessing where we have been

Over the past ten years, as sanction programs against Iran were put in place by various regulatory agencies, banks’ operations became increasing more complex, driven by the need to identify different categories of sanctioned entities.

These sanctioned entities expanded beyond individuals and corporations to places, vessels, and even goods. The U.S. government, through the Office of Foreign Assets Control (OFAC), has consistently put out updates on sanctioned entities and various regulatory enforcement arms have levied significant monetary penalties on banks that have violated Iran-related sanctions.

Other regulatory agencies around the world, including the HM Treasury, the European Union, and the United Nations have imposed various penalties as well.

In order to understand the impact of the current “Joint Comprehensive Plan of Action” on a bank’s operations, we will break down the components of existing sanction programs.

Sanction programs directly relevant to the Iran nuclear agreement include the following:

Iranian sanction programs that are not affected by the agreement but will likely continue to remain in place include the following:

In addition there are various Presidential Executive Orders (EO 13224, 13622, 13645, 13609) with sanctioned entities listed that will remain. Overall, per the White House, over 200 entities will remain sanctioned, representing approximately 34% of the total, with 66% to be lifted.

Looking at the U.K.’s HMT list, Accuity research indicates approximately 94 out of 657 Iranian specific entities will remain—only 14%. The U.N. list includes 336 entities and the E.U. list includes 559 entities that will be lifted.

Sanction programs still need to be in place

The data seems to suggest a large number of entities will be removed from the existing sanction lists, potentially reducing the burden by screening against a smaller list.

However, when looking at the OFAC list, it is important to understand that only entities originally sanctioned under the nuclear Non-proliferation Weapons of Mass Destruction list and Iran Sanctions Act will likely be lifted.

Sanctions tied to terrorist financing, human rights abuses, and drug trafficking are not affected by the JCPOA and will continue to remain sanctioned by OFAC. The situation is similar for the other major sanction lists, including HMT, U.N. and E.U. lists.

Note that the U.S. continues to consider Iran as a state sponsor of terrorism and any transaction that involves entities designated as terrorist or terrorist-related are still considered sanctions. Screening processes will still need to be monitored closely for Iran-related entities in the foreseeable future.

Difference between US and other regulators

White House materials indicate that primary U.S. sanctions will continue to remain in place against Iran. Therefore transactions with the Government of Iran and financial institutions involving U.S. persons or using U.S. dollars will remain blocked by the United States.

General prohibitions include any investments in Iran; the importing or exporting of Iranian origin goods or services; and the clearing of U.S. dollar transactions.

However, the E.U. and U.N. lists will lift entities that are not on the OFAC list, resulting in inconsistencies across the various regulator lists. For example, Bank Saderat was previously  sanctioned by the U.S. for aiding terrorist activities by transferring funds to U.S. designated terrorist organizations, including Hezbollah and Hamas, to name two. In contrast, the U.N. and E.U. will lift all sanctions against Bank Saderat .

As a result of the inconsistencies between the various regulatory lists, financial institutions will have to determine their willingness to deal with Iranian-related entities based on their AML policy.

U.S. persons, including U.S. companies, will continue to be broadly prohibited from engaging in transactions with Iran as well as with Iranian individuals and entities. U.S. export controls will also continue to apply to controlled U.S.-origin goods and technology anywhere in the world.

Similarly, will the E.U.-based bank be willing to accept Iranian transactions (even if it is allowed to by the E.U.) knowing there is a risk that their U.S. correspondent could reject this transaction for U.S. dollar clearing? A re-examination of their AML policies related to their risk tolerance would be in order.

Iranian banks and reconnection to SWIFT

The Society for Worldwide Interbank Financial Telecommunications (SWIFT) provides the platform for banks to settle their cross-border transactions. Iranian banks were disconnected from the platform in 2012.

SWIFT is under the jurisdiction of the E.U. and lifting of sanctions by the E.U. effectively means that Iranian banks will regain access to payment messaging services, other E.U. banks, and correspondent relationships.

With Iran reconnecting to SWIFT, there is also the possibility that it could become easier to fund terrorist activities through the international banking network. This means that compliance teams will need to conduct greater due diligence to understand the source of the transactions.

While the JCPOA is still awaiting passage at this writing and has not been implemented yet, it is important for financial institutions to understand the implications of the agreement to better prepare for upcoming changes. There is little time for financial institutions to review their AML policies and make important decisions regarding the business impact of the agreement going forward. It is crucial that banks do so.