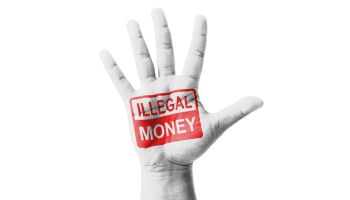 FinCEN Director Jennifer Calvery, in a speech to a conference that focused on ways government agencies can use predictive analytics, detailed how her agency handles the huge amount of data it receives in order to detect and counteract terrorists, money launderers, and other criminals.

In doing so, she provided some perspective to what happens to the multitude of Suspicious Activity and Currency Transaction Reports filed by financial institutions.

From filers to enforcers

The huge number of reports filed is made available to more than 9,000 law enforcement and regulatory users through a search tool called FinCEN Query. About 30,000 searches occur daily.

“E-filing not only streamlines reporting for tens of thousands of financial institutions and hundreds of thousands of individual filers, it also helps the users of the BSA data by making BSA reports searchable in FinCEN Query in two days, rather than a minimum of two weeks if filed on paper,” Calvery said.

To “slice and dice” the data, as Calvery said, FinCEN employs more than 100 automated business rules to screen filings, and which identify reports that merit further review by analysts.

Calvery added that that both large and small financial institutions made reports, “which demonstrates the utility of our collection process and the seriousness the financial industry attaches to its data reporting obligations,” she says.

In another example of how FinCEN’s technology managed to gleam valuable intelligence from the very big data sets it amasses, Calvery cited another advisory regarding “funnel accounts.”

Last year, through SARs and law enforcement information, FinCEN detected a scheme by Mexico-based criminal organizations to move illicit proceeds. In funnel accounts, individuals or businesses who have accounts in one geographic area receive multiple cash deposits, usually below the cash reporting threshold. These funds are then withdrawn in a different geographic area with little time elapsing between the deposits and withdrawals.

The increase “allowed us to immediately get these reports into the hands of thousands of law enforcement users,” Calvery says.