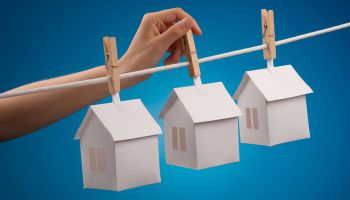 Money laundering comes in many forms, from cash in a suitcase traditional to “flying money” trade-based techniques. FinCEN issued pilot orders earlier this year looking at the potential use of real estate as a laundering vehicle.

Did you know that a tad over one out of five home sales typically don’t appear on federal anti-money-laundering radar?

That’s because they are “all-cash” deals—that is, purchases involving no lender financing—and thus not covered by any of the mainstream BSA/AML programs administered by FinCEN and federal banking regulators.

“Currently, if a real estate transaction takes place without a mortgage issued by a bank or a mortgage broker, then none of the parties involved in the transaction are subject to AML program requirements,” Jennifer Shasky Calvery, director of the Financial Crimes Enforcement Network, said in an April 12 speech at the ACAMs AML and Financial Crimes Conference.

The exception at this time is in two jurisdictions identified in special Geographical Targeting Orders issued by FinCEN in January 2016, effective March 1. Shasky Calvery said reports concerning covered transactions in the Miami-Dade Counties and Manhattan County have just begun to come in.

Pilot effort with eye on future

The FinCEN director criticized those who have characterized issuance of the orders as a “crackdown.”

“FinCEN does not expect to resolve the issue of money laundering through real estate with two temporary and geographically limited GTOs,” said Shasky Calvery. “This step is a pilot effort in two jurisdictions that are popular destinations for luxury buyers, have a higher-than-average percentage of all-cash transactions, and are the focus of heightened law enforcement interest.”

She said the government needs to catch up with money laundering trends. She cited figures from the Miami Herald indicating that over half of Miami-Dade home sales in 2015 were all-cash deals, twice the national average pattern.

“This is where the GTOs come into play,” said Shasky Calvery. “While our rules in the standard mortgage market have made it more inhospitable for fraudsters and money launderers, cash purchases are a gap we must address.”

Why real estate’s a target

If you saw a fancy Manhattan condo tower with most windows dark at night, you might think either that the occupants were very “green” or that a bunch of units hadn’t been sold yet. Given her professional experience, it’s fair to say that Shasky Calvery wouldn’t necessarily take such a benign view.

The FinCEN director formerly prosecuted organized crime cases, especially Russian mob matters. Money laundering investigations were part of this, and often authorities suspected that properties were purchased with the proceeds of crime.

“I remember well the real concern among many of my law enforcement colleagues in the late 1990s and early 2000s who were seeing what they believed to be members of transnational criminal organizations purchasing personal residences in large cities throughout the United States in the name of a shell company or a nominee,” said Shasky Calvery.

She added that “in some cities, my colleagues relayed that the residences remained vacant and that there were entire buildings that seemed empty—lights off.”

In addition to the new reports, just coming in, Shasky Calvery said that FinCEN has been examining Suspicious Activity Reports filed on real estate transactions in the two jurisdictions covered by the GTOs.

Interest, great. Evasion, not so great

The FinCEN director noted that the agency’s activity in this area has been extensively covered.

“We welcome this interest from real estate professionals and journalists,” she said. “But do I worry about the culture in certain segments of the real estate industry? Yes, I do. It was troubling to read that some legal and real estate experts mobilized immediately after the GTOs were announced to provide suggestions about ways to evade the reporting requirements. We all know that criminals seek the path of least resistance.”