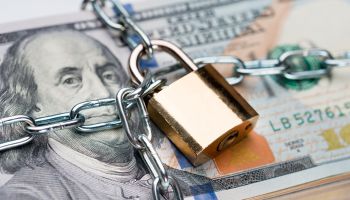 We are clearly in a time when there are battles for our attention.

If you issue a report, a white paper, or a column, how it is perceived will undoubtedly be impacted by what the reader brings to the issue and what they choose to read.

The other factor is whether it will be read at all. Will the audience accept the headline or a biased summary of the piece without attempting to understand and dissect the content?

Many have opined about how we have the sad tendency to read or listen solely to media outlets that echo what we want to hear. It is too taxing, it is said, to listen to the other side or to do independent research.

As a cynic, I suppose I could just throw in the towel. But I want to think that some issues demand sincere collaboration. In this horrific political environment, could financial access be one of them?

The most recent addition to this global challenge comes from the International Human Rights Clinic at Duke University School of Law and the Women Peacemakers Program, based in The Hague. The report, Tightening the Purse Strings: What Countering Terrorism Financing Costs Gender Equality and Security, is a controversial but comprehensive look at how a valid goal can have disastrous collateral or disparate impact. The key theme of this report is that compliance and proactive responses to countering the financing of terrorism have had unintended consequences. The report states that:

“In practice, legal and regulatory frameworks to counter terrorism financing often restrict transnational financial flows (e.g., from Western donors to grassroots groups); involve heavy compliance requirements; cause delays in, or block receipt of, funds; favor established and often international organizations; call for detailed information on civil society’s activities, including in some cases beneficiaries; and decrease the risk appetite of donors and banks.”

The authors have done extensive research, surveyed a number of women’s grassroots organizations, and discovered that close to 87% of the groups are involved in peace building and conflict resolution, and actually contribute to combatting terrorism or violent extremism.

So the main point is not to complain solely about these groups having major difficulties getting funding or having funds delayed, but that there needs to be a comprehensive assessment of how to leverage these groups in the global efforts to counter terrorism.

In addition to that discussion, the report concludes with a series of conclusions and recommendations that all must review and research, but not necessarily accept.

For example, the report includes the notion that an NPO (non-profit organization) is considered “particularly vulnerable” and that that alone results in “zero tolerance” by a financial institution. That is a stretch. We need to be careful about overstating what is nevertheless a very real problem.

On the other hand, the report is absolutely spot on about the lack of “civil society” expertise in financial institutions, which may lead to limited on-boarding and early account exiting. Also, as we mentioned in previous postings, delays in funds getting through to recipients in a timely fashion also dramatically harms many needed groups.

The authors include a number of compelling recommendations. While not all sides may embrace all proposals—now there is an obvious statement—there is clearly something for everyone.

The private sector can certainly endorse the call for “regulatory clarity” but those same folks may not be enamored with the call for a “clear and easily accessible complaints mechanism.”

All in all, the authors deserve immense credit for attempting (and in my view succeeding) in tackling an issue that, hopefully until now, was not able to move because of baggage, prejudices, and lack of effort.

Not all of the answers are here. And more needs to be done. But this addition to the literature surrounding so-called “derisking” is welcomed.

Everyone needs to actually read it!

* “Imagine,” by John Lennon from 1971 and ranked third on the top 500 songs of all time by Rolling Stone. I vividly remember a teacher in high school telling us that when Lennon wrote, “Imagine no possessions, I wonder if you can,” he wanted to punch the ex-Beatle in the mouth. Clearly, I thought at the time, and now, that some folks are incapable of accepting comments from certain people when they bring their own baggage to the issue. Sadly, that frame of mind exists today.

More in this category: « “What’s Going On?”* “Themes from an Imaginary Western”* »
back to top