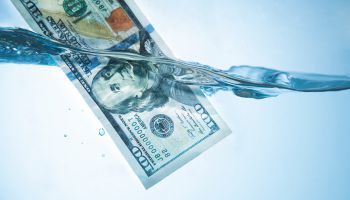 Every time I think about programs that indicate the year (in this case the 22nd) of the event, the tendency is to think how much has changed over time.

While that makes sense, I prefer to look at where we are in a point in time—but maybe that is the same thing. Earlier this week, ACAMS completed our conference that now covers a vast array of topics and subjects that are so much broader than those of 10 years ago or longer.

The ACAMS/Money Laundering.com 22nd Annual AML & Financial Crime Conference had over 150 speakers and four days of content that could not have been dreamed of when this was started. We covered algorithms, payments systems, human trafficking, and online lending risks—none of which was covered in the early days of what we now know as AML.

The conference participants are from the private and public sectors but their goals are the same—improving the AML community with information sharing and how best to detect and prevent all sorts of financial crime.

The days of simply sitting in a room and listening to lectures is long gone, and that is a good thing. What we have done over time is to add polling questions and ask panelists for “takeaways.” Conference preparation now includes defining the session’s theme as either “strategic” or “tactical.” As far as some polling —probably not “data” in the true sense, because it is really a snapshot in time—attendees expressed major concern about personal liability (67%) and 40% said their biggest risk is “regulatory expectations.”

The major part of the conference was the keynote by international CTF expert Malcolm Nance. He described the terrorist landscape and opined that the challenge today is the flexibility of terrorist actions. Today terrorism includes individuals who are actually loners who say they are terrorists. Small dollar amounts can fund horrific acts.

Nance also addressed the ongoing investigations into what most believe are the Russian efforts to impact the 2016 elections through cyber attacks and told everyone, “Don’t click on links!” (Of course, my link above is safe.)

IRS Criminal Division Chief Rich Weber added a warning about the “dark web” which he characterized as a “murky place where you can buy illegal guns, illegal drugs, fake money, fake IDs, and even arrange to have people killed, all with total anonymity.”

Weber did offer that IRS has a major cyber initiative (of course that’s as long as it is not cut by federal budgeteers ) with two cyber units, security summits, and various partnerships. On the state level, another important event is the N.Y. State Department of Financial Services (NYDFS) that has a regulation for covered institutions to have a cyber-security program by August 2017, overseen by a Chief Information Officer and certified as to compliance by February 2018.

There were many other essential parts of this three-day conference:

On the positive side, ACAMS gave the career government leadership award to former OCC Deputy Chief Counsel Dan Stipano. Now in private practice, Stipano contributed to a number of panels. One point that he has made is that banks need to factor in the negative news stories about those connected to the current President and increase due diligence as appropriate. [Read a recent viewpoints article on BankingExchange.com by Stipano]

The message: Do not ignore these factors based on your politics. Pay attention and keep your head up.

Our mainstay, the regulatory panel, made sure that AML professionals knew that the revamped FFIEC manual that is being worked on is now set for publication in late 2017.

The remaining challenge is that the 2018 FinCEN CDD Rule still lacks final exam procedures. Our polls told us that many banks are not yet ready with implementation, but most feel that by the end of 2017, they will be done. (Note: ACAMS is working on a forum to deal with options for CDD compliance, to be presented in June in Washington, D.C.)

All in all, our 22nd annual “get together” proves we have much to follow, more tools than ever, and that challenges can be met if we are confident and collaborative.

* Co-written by Jack Bruce of Cream fame and performed by the Long-Island-based Mountain at Woodstock in 1969.

** Written by Graham Nash and released by Crosby, Stills, and Nash in 1970

*** Written by Rod Argent and Chris White (formerly of the Zombies) in 1972 for the band “Argent” with a great line that says, “If they shout, don’t let it change a thing that you’re doing.”