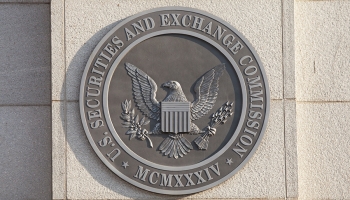 The US’s financial services regulators clamped down on foreign banks and financial institutions during 2018-19, imposing fines totalling $4.1 billion in the 15 months to the end of December, according to research by technology company Fenergo.

The Dublin, Ireland-based firm reported that, since September 2018, US regulators such as the Securities and Exchange Commission (SEC) had fined banks headquartered in France, Israel, Italy, Switzerland, the UAE and the UK an average of $216 million, compared to just $20 million on average for US-based companies.

In total, US firms were fined $246 million by their domestic regulators.

The Department of Justice levied more fines than any other US regulator, collecting more than $1.3 billion in penalties, according to Fenergo. This total included a $717.2 million fine for French bank Societe Generale in November 2018, part of a $1.34 billion settlement with federal and state authorities over sanctions violations.

The penalties were levied for breaches of anti-money laundering (AML) and ‘know your customer’ (KYC) regulations, as well as failures to comply with sanctions against Iran, Cuba, North Korea, Sudan, Libya and Myanmar.

Fenergo said the rise in sanctions-related fines in 2019 reflected the geopolitical climate in the US, with 86% of all fines levied by US regulators since its last report in 2018 connected to sanctions violations.

“Economic sanctions against high risk countries such as Iran are imposed by governments to protect national security and prevent the funding of terrorist activity,” Fenergo said. “Financial institutions are required to be vigilant in identifying sanctioned entities and individuals through robust screen processes.”

Total global fines related to AML, KYC and sanctions violations increased by 160% since September 2018, Fenergo reported, including penalties for 12 of the world’s top 50 banks. In addition, there were also a number of regulatory actions connected to European regulations such as the Markets in Financial Instruments Directive and the Global Data Protection Regulation.

Switzerland’s banking sector received the biggest total of fines for any country, after UBS was fined $5.1bn in February 2019 for AML breaches. Italian banks were penalised a total of $1.5 billion for sanctions violations and GDPR breaches.

Marc Murphy, CEO of Fenergo, said the rise in both financial crime and the volume of regulation made for a “tough battleground for financial institutions”, particularly those operating in multiple jurisdictions.

Rachel Woolley, global AML manager, added: “The scale of financial crime continues to grow while the methods used by criminals to launder the proceeds of crime evolve. Our 2019 fines analysis shows that many of the financial institutions penalised lacked appropriate systems and compliance infrastructures that are necessary to identify and address areas of high risk.”