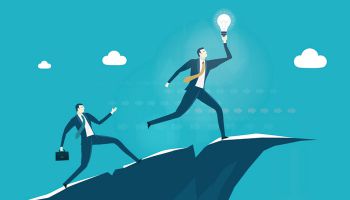 In the tug of war over who will be the Acting Director of CFPB, President Trump’s choice continues to prevail over former Director Richard Cordray’s. On Jan. 10 a federal judge dealt a second major blow to the case pressed by Leandra English, the former director’s last-minute selection.

Judge Timothy Kelly, district court judge for the U.S. District Court for the District of Columbia, denied the motion for a preliminary injunction requested by English.

“English has not demonstrated a likelihood of success on the merits or shown that she will suffer irreparable injury absent injunctive relief,” wrote Kelly in a 46-page opinion. English had been seeking a preliminary injunction barring the President from appointing an Acting Director other than herself; forcing the withdrawal of his appointment of Mick Mulvaney, head of the Office of Management and Budget, to the acting post; and prohibiting Mulvaney from serving in the post.

“We are disappointed in today’s decision. The law is clear: President Trump may not circumvent the Senate confirmation process by installing his White House budget director to run the CFPB part time. Mr. Mulvaney’s appointment undermines the Bureau’s independence and threatens its mission to protect American consumers.”

That 318-word message—delivered as a graphic so as not to bump up against the social media platform’s 240-character limit—summarized the stance of English. Judge Kelly, in a highly complex analysis, punctured Gupta’s arguments. Gupta, founding principal at Gupta Wessler PLLC, is a former senior CFPB litigator.

The case turns on the interplay between the Constitution, the Federal Vacancies Reform Act of 1998, and the Dodd-Frank Act—Kelly walked his way through each aspect in detail.

More compelling, as a read, however, was Kelly’s description of the facts of the case. Some excerpts from a section entitled, “Cordray’s Resignation and the Dueling Appointments of English and Mulvaney”:

“The controversy was set in motion on the day after Thanksgiving: Friday, November 24, 2017. That day, as consumers thronged the country’s shopping malls, CFPB Director Cordray resigned from his position effective as of midnight, well short of the completion of his five-year term. … he also named English, his Chief of Staff, to serve as the CFPB’s Deputy Director—a position that apparently no one had occupied since August 2015—effective at noon. …

“At 2:30 p.m., Cordray publicly announced the decision, explaining that the appointment was intended ‘to ensure an orderly succession for this independent agency’ by effectively making English the acting Director after he left office. …

“He stated that having his Chief of Staff serve as acting Director ‘would minimize operational disruption and provide for a smooth transition given her operational expertise.’ …

“But the President had other plans on that busy day. He issued a memorandum directing Mulvaney to ‘perform the functions and duties’ of the CFPB Director ‘until the position is filled by appointment or subsequent designation …’

“On Monday, November 27, Mulvaney showed up for work at the CFPB’s facilities and was provided access to the Director’s office …”

Kelly’s account portrayed Mulvaney as stepping into the role, spending three days a week at the bureau and three at OMB, and acting and being treated as the boss. Meanwhile, English also continued to work at the bureau, emailing staff, also as Acting Director.

A hearing on the motion for preliminary injunction was held in late December, resulting in Kelly’s decision. No statement has been made yet by Gupta regarding whether English will appeal Kelly’s decision.

After tweeting his statement reproduced above, Gupta retweeted an earlier link to a friend of the court brief filed in support of English’s case by former Senator Chris Dodd and former Rep. Barney Frank (of Dodd-Frank), Sen. Elizabeth Warren, commonly regarded as the conceiver of CFPB; and other present and former members of Congress.