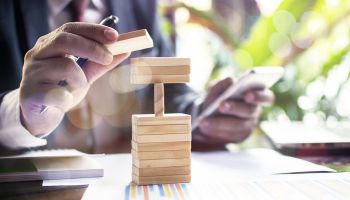 Compliance may not be getting any harder, but research by Wolters Kluwer indicates that it isn't growing any easier yet.

For 2018 the industry’s buzzwords seem to be “customer centricity” and “customer experience,” says a veteran regulator and compliance advisor. The implications of those terms go deeper than people usually think.

Often those phrases conjure thoughts of customer interfaces based on artificial intelligence, data analytics, and all the other new tools. And they bring to mind highly graphic presentation, through apps and the like, to give retail financial services eye appeal and ease of use.

But to these “usual suspects” Timothy Burniston, principal regulatory strategist and senior advisor at Wolters Kluwer would add … compliance.

Compliance is not usually among the shiny bright whistles mentioned when retail banking is discussed. But Burniston served for decades in senior regulatory positions at the Federal Reserve, FDIC, the Office of Thrift Supervision, and on the Treasury implementation team that helped set up the Consumer Financial Protection Bureau. He considers compliance and related aspects of risk management to be critical to these recent wrinkles.

“You can’t have a consumer centric bank nor deliver a superior customer experience without paying attention to the laws and regulations that protect that customer base,” says Burniston. He sees this as a fundamental of consumer financial services.

Burniston notes that in his company’s most recent Regulatory & Risk Management Indicator report, released late last year, a sample base of over 600 banks and credit unions predicted that in spite of rhetoric out of Washington, there would be little reduction in regulatory burden over the next two years.

Of respondents considering this question, 69% see a measurable reduction as not likely and 16% as only somewhat likely in that time period. Only 15% of the sample thought major reduction in burden was very likely.

Burniston acknowledges that the survey was taken in the fall, before many of the Trump bank regulatory appointments were in place. But he says additional factors play into the viewpoint.

“Certainly there’s a lot of uncertainty about the future direction of supervision,” says Burniston. “It’s fueled by prospects for deregulation, but people aren’t seeing that happen all that quickly. People have a lack of clarity. Compliance people want consistency and a consistent approach.”

At present the regulatory space is in a state of flux. In the short time since the interview with Burniston in mid-January there have been developments at the federal prudential regulators that touch on the regulatory trend and the desire to ease burden.

However, much of what’s been said is preliminary or does not touch on consumer compliance, thus far. Remarks by Fed Vice-Chairman for Supervision Randal Quarles and testimony by Jelena McWilliams, the appointee to the FDIC Chairman post, deal more with safety-and-soundness regulatory matters, such as capital standards and stress testing.

Acting CFPB Director Mick Mulvaney has eased some past proposals, and started a process inviting input on many aspects of how the bureau operates, but little but the tone coming out of Washington has changed for the compliance fraternity. Comptroller of the Currency Joseph Otting has made it clear that a key priority is anti-money-laundering regulation and enforcement. Community Reinvestment Act compliance is also being teed up.

Even if little more that’s new comes out of the agencies for a while, Burniston says that compliance officers still have a very full plate. The industry has watched that plate get heaped high over the last seven years, since the passage of the Dodd-Frank Act, he says. Banks have been concentrating on showing regulators that they can comply, he continues, while also paying attention to the customer-side concerns discussed earlier.

Time to optimize the compliance investment

The heaping plate leaves banks managing quite of bit while hoping for eventual relief. That realization drove survey results that made it clear that on the front lines of compliance, not much has changed yet. Not that the relative lull hasn’t helped.

“Many banks have made a tremendous investment in compliance resources in response to Dodd-Frank,” says Burniston. “They’ve added head count to compliance staffs and they’ve added more technology.” Now, says Burniston, “banks are working on trying to make the best use of that investment. That’s the key challenge for organizations.”

That was the top concern cited when respondents were asked about key challenges—optimizing compliance costs.

Initially surprising is the survey finding that 46% of institutions feel they are inadequately staffed. For some years now compliance officers have been in increasing demand, so much so that the cost of all that specialized human capital is helping to drive interest in regtech. In the previous Wolters Kluwer survey, only 33% of the sample felt staffing was inadequate.

This finding did not come as a surprise to Burniston.

First, he says, this reflects a feeling among compliance officers that regulators will continue to expect a great deal of regulatory work out of banks.

Second, he says, this trend follows some attrition in the ranks of experienced compliance officers through retirement and other factors. Replacing that experience with newcomers of equal ability, Burniston says, has not always been easy.

Burniston believes this also helps explain the year-to-year increase by 13 percentage points of all three of the top bars of the chart above. As experience departs, the pressures of compliance processes that remain manual, and of competing business priorities, become stronger.

“I think bankers are realizing that you need really good compliance people to have a good compliance program,” says Burniston. He acknowledges that the day of regtech is coming, but it will take time for that technology to come on stream in the industry.

In the bottom chart of the trio below, one out of five institutions surveyed report that they feel they are only in the early stages of implementing risk management.

Burniston thinks this finding reflects the increasing risk awareness of smaller institutions. Some of them are still moving beyond handling various types of risk in “siloes” within the organization and creating a centralized enterprise risk management program.

He points to the top chart in the trio above as evidence of the state of things—only a bit over a third of institutions report having an integrated risk program. Similarly, in the middle chart, respondents indicate that only one in three have implemented risk management throughout their organizations.

However, adds Burniston, “we are starting to see more institutions putting these kinds of programs into place.”

When asked what there greatest risk concerns are, respondents overwhelmingly named cybersecurity and data security—83% cited this. The closest other risk named was IT risk, cited by 54% of the sample. Regulatory risk was cited by 50% of the sample.

Finally, the survey also asked about fair-lending oversight by examiners. Nearly half of the sample—46%—reported either seeing a “considerable” increase (20%) or a “slight” increase (26%). Only 2% saw a decline in attention, with 30% reporting that attention was unchanged.

More in this category: « Banks against the yield curve Control digital transformation’s regulatory risks »
back to top