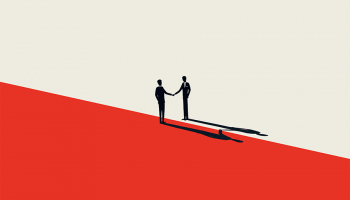 The US’s rules regarding bank-related mergers and acquisitions (M&A) need updating to protect competition and communities, according to the acting head of the Office for the Comptroller of the Currency (OCC)

Acting comptroller Michael Hsu said the frameworks regulators use to analyze and approve bank mergers need to be refreshed and brought in line with modern requirements.

“Without enhancements, there is an increased risk of approving mergers that diminish competition, hurt communities, or present systemic risks,” Hsu said in a speech at Brooking Institute on May 9.

“In short, rather than being pro-merger or anti-merger, we need frameworks that are smart on mergers.

“Bank mergers should serve communities, support financial stability and industry resilience, enhance competition, and enable diversity and dynamism of the banking industry. Revisions to the bank merger framework would help to realize this goal.”

M&A activity in the banking sector has been in the spotlight for much of the past year since President Joe Biden issued an executive order in July last year calling for “more robust” scrutiny of potential deals by regulators and the Department of Justice. The White House indicated that it was concerned about “excessive consolidation” that has reduced banking access in some communities.

The Federal Deposit Insurance Corporation (FDIC) is currently reviewing the M&A rulebook in response to the executive order, having identified that the number of FDIC-insured banks with less than $10 billion in total assets had fallen from 15,099 in 1990 to just 4,851 as of the end of 2020. This marked a decline of 68% in 30 years.

Many of the rules currently in place for assessing M&A deals were last revised in 1995, Hsu explained. Consolidation has reduced the number of banks operating in the US and increased their average size, requiring alterations to how deals are analyzed. The dawn of online and mobile banking also needs to be considered, he said, and the current framework is inadequate for this.

Meanwhile, the American Bankers Association has also been vocal about M&A activity — specifically credit unions buying banks, which it believes is taking the credit union sector outside of its intended scope.

Hsu alluded to the increasing role of “non-banks” in areas such as mortgage originations and the rising prominence of fintechs.

“It is time to rethink how we analyze bank mergers,” the acting comptroller said. “I have directed senior members of my staff to work with [Department of Justice] and the other federal banking agencies to review our merger frameworks.

Regulators will continue to “take into account changes in the banking industry and apply our best judgment” when assessing transactions, to ensure that approvals would only be granted to “applications that would promote competition, would not threaten financial stability, and would facilitate the convenience and needs of all the communities served by the banks”.