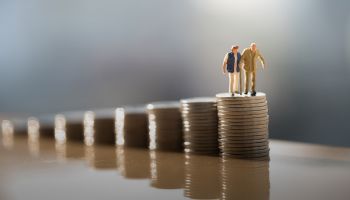 In the United Kingdom, teachers actually perform second with 9.3% of salaries being matched by pensions, although obviously teacher wages are less than half that of bankers.

The Gender Gap Shows Up in Contributions… in a surprising way

While overall there was a marginal difference in employer contribution rates for men and women – at (4.6% verses 4.4%) there is a major difference when one looks at specific industries. Education actually favored women where they received 9.3% compared with men at only 7.9%. In technical jobs, men enjoy a 3.3% stronger contribution.

Michelle Gribbin, Profile Pensions’ Chief Investment Officer, said: “The difference between industries is remarkable. While some you might expect, like financial and insurance industries, the high pensions in education mean teachers are likely to be better off in retirement than those in typically high-earning careers like real estate or logistics. Providing an interesting consideration for both employers and employees.”

Critics of gender studies point to the fact that women are more likely to have lower incomes due to more frequent interrupted careers as well as choosing lower paying industries for careers. However, both in the United States and in Europe, advocates contend that interruptions for child care and other family issues should not penalize women as the interruptions serve society.

Also, pension contribution percentage disparity should not necessarily be penalized due to work interruptions. Companies in Europe have a stronger reputation for being sensitive to the issue of gender disparity both through government programs as well as voluntary programs.

Technology will likely help to close the pay gap, as more people can work full time from a remote location and with flexible work hours. However, women in Europe can receive several months in paternity pay compared with the United States and have the opportunity to take time off work for an extended period of time without jeopardizing their position at a company.

Also, in the financial sector, banks are much more sensitive to issues surrounding climate change and corporate responsibility in Europe.