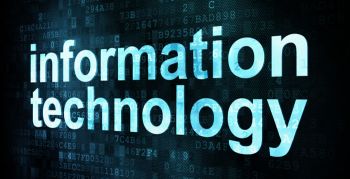 Information technology is a top priority for today’s boards, according to new research released as part of PwC US’s 2013 Annual Corporate Directors Survey.  Directors now spend more time on IT and recognize the increased importance of effective IT oversight

With technology rapidly changing the way companies do business, more boards are turning to outside consultants for advice on IT strategy and risk oversight. Meanwhile, directors are also taking a close look at their companies’ ability to embrace digital transformation and strategically utilize emerging technologies.

Conducted in the summer of 2013, 934 public company directors responded to PwC’s surrvey. Of those, 70% serve on the boards of companies with more than $1 billion in annual revenue.

“The technology revolution is significantly impacting the boardroom, prompting directors to increase their time and focus on IT, reconsider their oversight approach, and seek new ways to enhance their digital IQ,” says Mary Ann Cloyd, leader of PwC’s Center for Board Governance. “While directors have made notable strides to improve effectiveness of oversight, ensuring IT strategy and risk are woven into their company’s overall business plan remains a challenge.”

More details of the survey findings include: