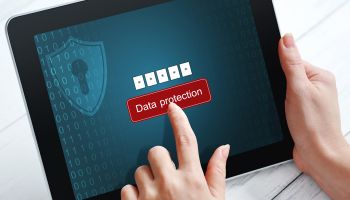 In an analysis that has implications for bring-your-own-device security policies, more than 75% of mobile applications will fail basic security tests through 2015, according to Gartner, Inc.

Employees download from app stores and use mobile applications that can access enterprise assets or perform business functions, and these applications have little or no security assurances, and are exposed to attacks and violations of enterprise security policies, Gartner says.

A classic example of misconfiguration is the misuse of personal cloud service through apps residing on smartphones and tablets. When used to convey enterprise data, these apps lead to data leaks for which most organizations remain unaware. Malicious code, for example, could penetrate through an audio player to access a user's contact list or geolocation, and initiate data transmission to some external IP address.

In addition to SAST and DAST, a new type of test, behavioral analysis, is emerging for mobile applications. The testing technology monitors a running application to detect malicious and/or risky behavior exhibited by an application in the background.

Testing the client layer—the code and graphical user interface—of the mobile application that runs on the mobile device is not enough. The server layer should be tested as well. Mobile clients communicate with servers to access an enterprise's applications and databases. Failure to protect a server poses the risk of losing the data of hundreds of thousands of users from the enterprise's databases. Code and user interfaces of these server-side applications should therefore be tested with SAST and DAST technologies.

Gartner predicts that by 2017, the focus of endpoint breaches will shift to tablets and smartphones—already there are three attacks to mobile devices for every attack to a desktop. The security features that mobile devices offer today will not suffice to keep breaches to a minimum. Gartner recommends that enterprises focus on data protection on mobile devices through usable and efficient solutions, such as application containment (via wrapping, software development kits, or hardening).