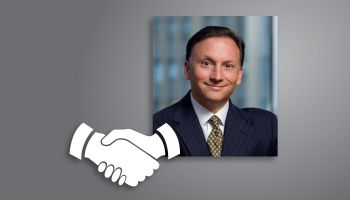 One of the things about change is that meeting its challenges can change you in the process.

Mike Inserra is EY’s vice-chairman and managing partner, and leader of the firm’s Financial Services Organization in the Americas. He spends a good deal of his time talking to executives and boards of major financial institutions around the world. He finds the overall outlook for banking clearing, and sees change is in the air.

While banking faces continuing headwinds, Inserra says, the mostly positive results of the CCAR stress tests has changed the tone of regulatory discussions somewhat. Larger institutions have begun to find a stronger voice again. As discussions with supervisors evolve, they are also shifting and re-calibrating their strategies as what “financial services” means metamorphosizes.

Inserra sees this happening especially in the relationships between financial institutions and fintech companies. He says more dialog is occurring between these players. As a result, banking companies have started to see themselves more as data companies rather than simply money companies. As they look, together, at mobile services and other technologies, they have begun to take a harder look at each other’s strong points.

Inserra says this is driving strategic discussions about how financial institutions and fintech will travel down the road together. Broadly, this entails a greater emphasis coming on partnering up, rather than attempting to get into each other’s roles.

Now the idea of working together has grown beyond being equally participating partners. Inserra says executives today think in terms of a range of ways to work together. In some case working side-by-side still looks like the best idea. But in some cases, having one side or the other become “enablers”—providing entrée to processes or customers—appeals more. In other cases, “pivoting” is the strategy deemed appropriate—shifting the bank’s business model, and, to accomplish that, acquiring the fintech player.

Sometimes, Inserra says, banks have become more agnostic, that is, acting more as matchmakers between their customer bases and newcomer providers. This approach is very scaleable for some offerings, and not as scaleable for others.

For Inserra, the jury’s still out in terms of which businesses fit which strategy best. But overall he finds more willingness to be flexible and nimble.

Inserra warns that there is an issue lurking behind the decision making in all such strategies: Who actually owns the customer? Inserra says the long-term answer to such questions will have an impact on all players.

IT becomes a corporate fundamental

One of the more significant shifts that Inserra has seen in his time talking to boards and senior executives is how information technology has become a critical part of the discussions at the top. No longer can leaders run in the other direction from technologists—if you don’t choose to learn how to understand them, you don’t understand banking anymore.

Information security issues drive some of this heightened interest, as does increasing regulatory focus on vendor relationships, says Inserra, but there is more to it. In the process of better appreciating their banks’ role as data companies, bank leaders have come to appreciate how IT determines how well a financial services company can serve customers competitively. Increasingly they see that the ability to manipulate raw data, and find ways to better meet customer needs through that effort.

Banks’ capabilities in these areas continue to improve. “It’s going through exponential change right in front of us,” says Inserra.

Predictive modeling, drawn from aggregating data and extrapolating from what’s gathered, may sound like Big Brother to some, but Inserra says banks are learning to see it as a plus for customer.

Some customers fear the invasion of their privacy, Inserra allows, but millennial customers don’t have such worries, in his experience. These younger customers and prospects tend to like it when institutions can improve their customer experience with the bank through technology. Being able to anticipate their needs represents a big plus, and if data manipulation can do that, so be it.

This is especially because “relationship banking,” in the classical sense, doesn’t mean as much to this generation. Ultimately, Inserra says, they like a provider who works at meeting their desires, above all.

Think of this as a reboot of the definition of “relationship.”

Inserra’s work with banks leads to much discussion about millennials, but he says EY has had its own journey in learning to get the most out of younger employees.

One thing that he says has helped is delving past the generalities people accept about this generation. A key one is the issue of corporate loyalty and not being willing to stay in one place for long out of the desire to gain many kinds of experience.

“If you look at the root causes, it’s really their desire for a diversity of experiences,” says Inserra. “They don’t necessarily need to change employers.”

So part of EY’s effort has been to promote the idea that there are many types of assignments in a major firm. A millennial can explore many of these without having to leave EY.

Sometimes, the firm’s response is more pragmatic, coaxing them to broaden their behavior.

“We try to get them to stop instant messaging,” says Inserra, “and talk to each other.”