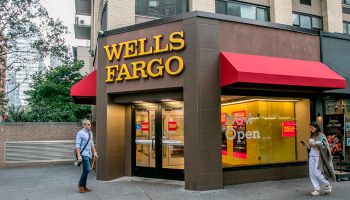 As a former regional bank CEO and a director of a bank that was acquired by Wells Fargo to boot, I’ve followed the Wells so-called “sales scandal” closely. Like most bankers of my age and experience, I am amazed at the breadth and the depth of the problem that Wells has wrestled with for many months—and that built up largely undetected for a period of several years.

The Directors’ Report that was released recently by Wells casts light in dark areas not usually visible nor necessarily of great concern to many boards. The outcomes are of great moment for a successful diagnosis and ultimate resolution of the issues at Wells. However, the report has much to say to all of us. [The 110-page report was completed by a special committee of independent directors with the assistance of an outside law firm.]

As a career banker, I’ve always considered a bank to be a “hierarchical” sort of organization—one where there is lots of structure and where job titles help define the organizational style of the enterprise. For instance, most banks have numerous vice-presidents who are subordinate to a smaller number of senior vice-presidents and so forth.

Titles in banking, in other words, tend to define the slope of the sides of the organizational pyramid. But, as we learn from the Wells Director’s Report, this is far from the end of the story.

What struck me in reading the report was the decentralized nature of the Wells management structure. A great deal of managerial authority was and is vested in functional management members and fairly deep into the organizational model. It’s the sort of structure that most of us like in the first person—autonomy and considerable self-reliance with a sense of responsibility for our own destinies as managers and bosses.

However, banking is a business with lots of oversight owing to the importance of a sound banking system for the health of the national economy and federal insurance of banking deposits. There is a broad and critically important role for government to play and this involvement insinuates itself into a bank’s organizational makeup generally in the form of internal controls and structures.

In a decentralized environment, however, the control and governance mechanisms are diluted by virtue of their replication throughout the functional organization in the context of a decentralized structure. If the functional manager is deemed to be truly managing a particular function, the internal control mechanisms associated with such functions are generally subordinate, in the day-to-day sense.

The Report noted that the tendency to vest considerable authority with the functional units at Wells was also matched with an overt deference to the various operating units.

Personally, I read that to mean that in the inevitable (and usually healthy) tension between line operating authority and internal control mechanisms, the “advantage” lay with the line managers.

In the context of a competent and professional staff which was certainly the perceived and well-earned reputation of the overwhelming majority of Wells bankers, these responsibilities were in balance and worked well.

The key to understanding what went so terribly wrong lies in an understanding of the organizational culture and how that allowed and perpetuated certain behaviors with pernicious consequences.

Leadership and lessons from Wells

Bankers can draw at least three major lessons from the Wells experience.

1. The importance—and the inevitability—of “culture.”

The word that best described the retail-banking environment at Wells over the last several years was “sales.”

This implies a choice and that choice as expressed in the Report was at the expense of “service.”

The failure of both management and the board to see in a systemic sense the predominance of sales over service and the consequences of this long-term emphasis lies at the heart of Wells malaise.

Wells Fargo is a huge enterprise. It must operate in a consistent manner with certain desired outcomes across an enormous array of product and service lines and diverse geographies.

This is the role of culture—to shape the desired outcomes according to the application of animating principles and a short list of clearly expressed values that are understood by everyone.

Since the Comptroller’s Office led the seminal change in bank examination procedures and protocols in the 1970s, we’ve all acknowledged with varying degrees of enthusiasm the value and necessity of internal controls.

In Wells’ situation, the culture and the organizational structure either actively or subtly suppressed their effectiveness.

• The fact that management reporting tended to suppress the gravity of the situation should be a major warning sign to any bank manager today.

• The fact that the Wells board was under-informed as the problems began to unfold is a signal failure that reflects on management, as well as by inference the entire internal control function.

It reminds me of the old proverb: “A half a truth is a whole lie.”

But mere words are cheap. Any organization that is unwilling to aggressively—and perhaps when necessary—ruthlessly enforce its internal control mechanisms is in the very process of undermining them.

3. Management and all supervisory levels must be accountable for its actions.

This is particularly true where managers implicitly exercise more authority—and autonomy—by virtue of the culture. Decentralization of authority and deference to the operating unit managers are precisely the sort of structure requiring strict and aggressive models of accountability.

“Run it like you own it” is the management mantra at Wells. But responsibility without accountability is mere license.

The compensation clawbacks of two very senior management members and the related terminations of several senior managers is a good start in the direction of accountability. But in an organization comprising tens of thousands of employees, the effects must go much deeper to be salutary and useful.

My early reaction to Wells’ sales scandal was the thought that this is truly an existential crisis.

The Directors’ Report lays out a clear roadmap of what must be done to restore institutional integrity to the enterprise and to repair the enormous damage that’s been done.

The next several months will be critical to the ultimate success of these efforts.

More in this category: « Do you want to “work big” or “work small”? Balancing fintech and credit quality »
back to top