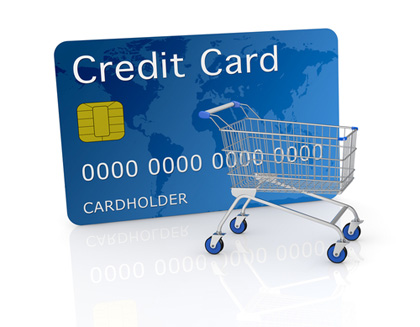 Credit card spending shot up in January, according to the latest SpendTrend study by First Data.

Many Americans saw less in their January pay envelopes than they'd grown used to, thanks to tax changes. At the front lines of retail spending, however, the expected downturn in purchasing didn't materialize--instead, dollar volume growth in retail spending hit 6.2%, higher than the 4% growth seen in December, as tracked by First Data's SpendTrend study.

In fact, the average sales ticket in the month grew by 0.9%, the highest growth seen in more than a year—versus December's -0.5%. The largest average ticket growth was seen in the sporting goods, hobbies, books, and music category. First Data indicated that dollar-volume growth in this overall category spiked by 9.8% for the month due to record gun-related sales. Second to this was dollar-volume growth in the building materials, garden equipment, and supply dealers category, at 9.7%.

All regions showed an increase in dollar volume spending growth compared to December. First Data noted that the Middle Atlantic region saw a ten-month high in growth as the region continued its recovery from Hurricane Sandy.

SpendTrend analysts aren't convinced that the full impact of the tax increase  has been felt yet, but offered an explanation for the January uptick.

"The growth was supported by a number of factors, including the short-term resolution of the fiscal cliff scenario, growth in jobs, continued improvement in the housing market, and the rising stock market," stated Rikard Bandebo, First Data vice-president and economist. Bandebo said consumers may not feel their take-home cuts until the end of February, or even later.

Payment methods shifted in January, showing these growth rates, with a decided leaning towards credit cards: