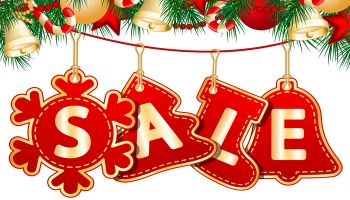 You’re already getting holiday catalogs and the shopping season has already begun. But research by TransUnion found a surprise under the credit tree.

Chico Marx insisted that “there ain’t no Sanity Claus,” but maybe some peace and calm can return to the pre-Christmas promotion season. You don’t have to start quite so early.

Retailers and credit card lenders may start their holiday promotions earlier and earlier, but new research from TransUnion has found that many consumers don’t make the majority of their holiday purchases on credit cards until December. They may not all be buying on Christmas Eve, but they aren’t hitting their credit limits on Thanksgiving, either.

A new TransUnion study finds that consumers, on average, have nearly 40% more spending on their credit cards in December than they do in a more typical month. And one in five consumers have at least twice as much on their plastic in December as they do at any other point in the year.

Yes, there’s an uptick in November, says TransUnion, but not nearly what you might think given how early ghouls, pumpkins, and turkeys give way to icicle lights on the typical American lawn these days. The study found that there’s only a 5% rise in November over the typical month, far below December levels. In fact, November spending comes in third of all the months, with August back-to-school purchases (a 7% average rise) and December holiday shopping moving the needle more.

TransUnion also found that big December spenders make a longterm habit of such buying, repeating their heavy expenditure levels from year to year. In fact, the company found that historical spending levels proved a better predictor of future spending than did outstanding balances.

Becker was asked if the early arrival of Chanukah this year would affect the study’s forecast, by pulling holiday spending for that celebration forward.

For more about the company’s study, visit www.transunioninsights.com/spend