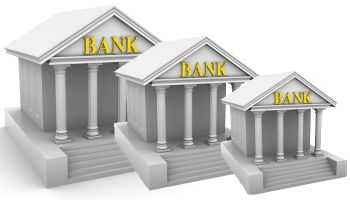 U.S. banks continued to shutter more branches than they opened in the third quarter, extending a multi-quarter trend, as customers do more routine banking business online and reduce the relevance of traditional branches.

Mergers and acquisitions, too, are playing a role, bankers and analysts have told SNL, as banks consolidate branches to save costs after closing deals.

On a net-net basis, banks collectively reduced the nation's branch total by 390 locations during the third quarter, an SNL analysis found. That was roughly on par with the second quarter and marked a greater level of net closures than in the two previous quarters, when branch counts also declined.

The greatest levels of reductions in the third quarter were in Florida, Pennsylvania and Indiana. 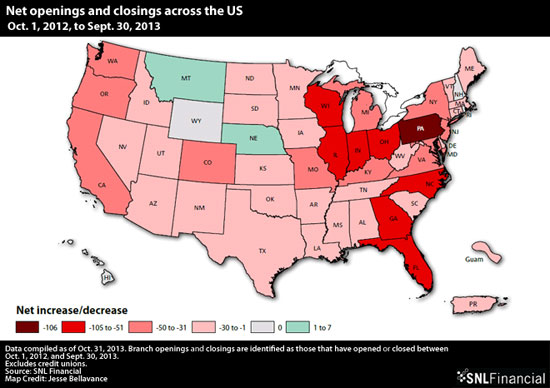 Bank customers increasingly prefer online and mobile banking, observers say, as advancing technology enables them to make remote deposits, shop for loans, and manage accounts more efficiently from their desktops or smartphones. This has resulted in steadily less foot traffic in many branches, providing banks reason to close them.

"There's almost nobody in the branches," Jim Adkins, founder and managing member of bank consultancy Artisan Advisors said in a recent interview. "You could shoot water balloons all over the place and not hit anybody."

What's more, in an era of sluggish revenue growth and heavy compliance costs, most bankers are pursuing every avenue they can to curb costs. Closing underperforming branches is one way to quickly achieve this, Adkins said. He added that, as younger generations become regular bank customers, the branch reduction trend may accelerate, as people who grow up with modern technology are more apt to bank online than venture into physical branches.

To be sure, branches are not headed for immediate extinction. They still serve as the public face of banks and provide an important marketing function in high-traffic neighborhoods. And, while increasingly more routine business is done online, bank customers often still want to sit down with loan officers or other bank employees when hashing out the details of major loans or other complex arrangements, bankers say.

"We'll still need a place for people to congregate on certain things," Frank Sorrentino III, chairman and CEO of ConnectOne Bancorp Inc., told SNL while at the recent American Bankers Association annual convention, where the future of branches was a hot topic.

"You'll have times where you need to consult lawyers, and times when you'll need to speak in person with a customer," Sorrentino added. "People need to pitch a new business idea to a banker in person; there is just something about doing that kind of thing in person that will never change." 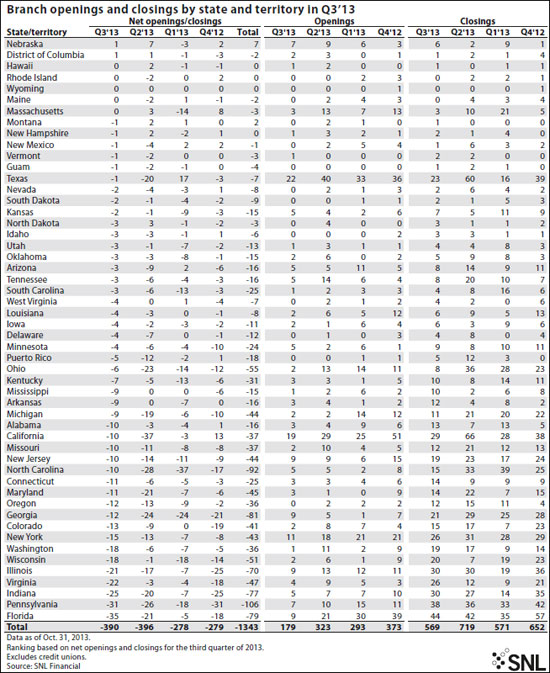 M&A has driven, and could further drive, the branch consolidation trend. Many analysts anticipate that more small banks, in particular, will sell in coming quarters. Such banks are grappling with heavy regulatory burdens and fierce competition from larger lenders.

"I think more already are looking to sell," Sara Hasan, an analyst at McAdams Wright Ragen Inc., told SNL. "And buyers can benefit from the synergy savings you can get with M&A."

SunTrust Banks Inc. and Bank of America Corp. led all others in terms of net closings in the third quarter.

By metro area, Greater Indianapolis experienced the biggest reduction in branches during the third quarter, followed by the Chicago area and Greater Denver, the SNL analysis found. 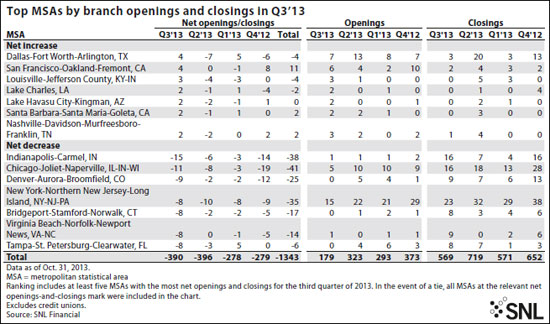 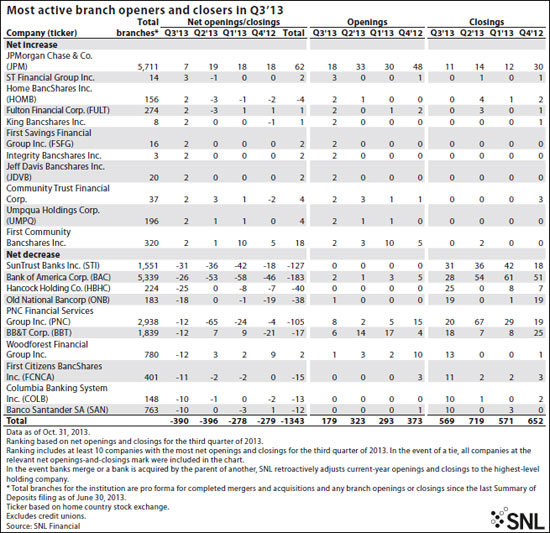 Contrarian trend among some players

As such, while banks are closing more branches than they are opening, some are still opening new locations.

JPMorgan Chase & Co. and ST Financial Group Inc. topped the list of those banks that opened more branches than they closed in the third quarter.

In total, there were 179 branches opened in the third quarter, but that was far below the level of openings in each of the three previous quarters. And the third-quarter openings level fell far shy of the 569 closings in the period. 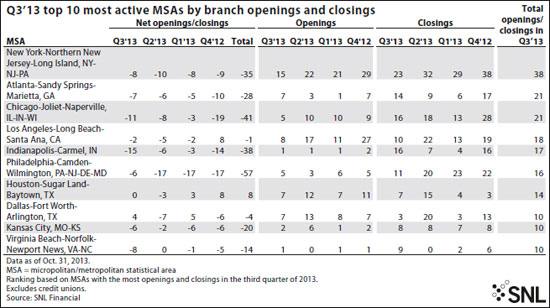