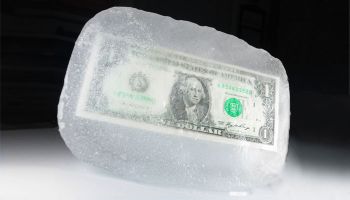 As record low temperatures hit many parts of the country in January, purchases of winter necessities picked up while the general growth rate of consumer spending fell from December growth-rate levels.

“Consumers shifted their attention toward basic commodities versus more discretionary items in preparation and response to the severe weather,” SpendTrend continued. “However, looking forward, all the ingredients for a stronger U.S. economy are in place. Job growth has accelerated, consumer confidence has rebounded, and the housing market continues to heal. However, heating bills for January will be much higher than what consumers are used to and could curb discretionary spending in February.”

SpendTrend growth rates are computed by comparing year-over-year volumes (January to January), with the resulting growth rates compared on a month followed by month basis (January versus December). Overall dollar volume growth of 2.5% for the month reflected a slowdown from a 3.4% growth rate in December.  Transaction growth also slowed, as January growth of 2.1% was down from December’s 3.1%.

However, reflecting the drive for necessities, categories such as food and beverage stores (3.7% dollar growth), general merchandise stores (2.1%), and building material and supply dealers (4.5%) saw robust growth. Think shovels, batteries, generators, “stocking up,” and such.

Retail spending growth actually dipped, to slight shrinkage (-0.9%), due to the weather, versus December levels. People tended to not go out for nonessentials.

One yellow light in the report: “The fact that the personal savings rate has declined over several months and that consumers continue to spend on credit could indicate that shoppers may be overstretched.”