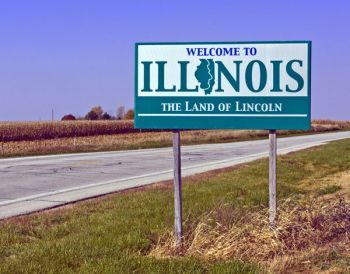 Illinois remains in the process of recovery and transition, a situation that will force banks in the state to adjust to changing demographic trends and shifting demand for financial products based on population.

Illinois must balance the agrarian focus of much of the region with a huge metropolitan area. The state continues to recover from the damage inflicted by the recession, having weathered shocks to its real estate market as well as volatility in commodity prices. The Illinois unemployment rate, which was 8.6% as of December 2013, has fallen from its January 2010 high of 12.2% but remains above the national December 2013 rate of 6.7%. 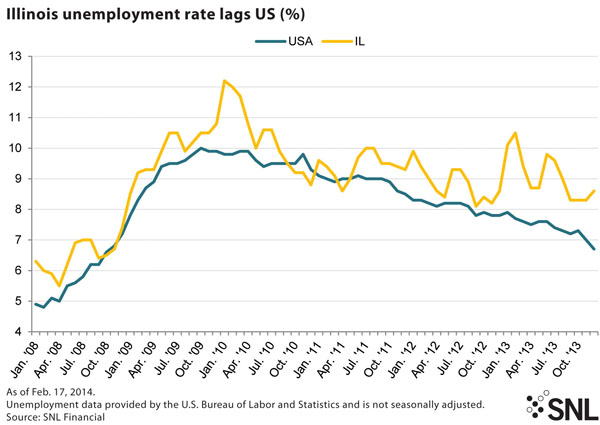 ESRI projects that between 2013 and 2018, several key counties scattered throughout Illinois will see an increase in household income and high population growth, with many growth opportunities outside the state's most populated county, Cook County.

Illinois farmland proved fertile ground for the industrial agriculture movement, with manufacturers such as John Deere, Caterpillar, and International Harvester establishing headquarters and manufacturing facilities in the state. Their machines increased crop production while decreasing the amount of labor needed, creating a demographic shift in the state that has played out for decades.

"One interesting part about downstate Illinois is that manufacturing is intimately linked with its depopulation," said Chris Merrett, director at the Illinois Institute for Rural Affairs, located at Western Illinois University. "The fabulous engineering and advances in agricultural technology that have increased productivity in agriculture mean we've needed fewer people on the farms." 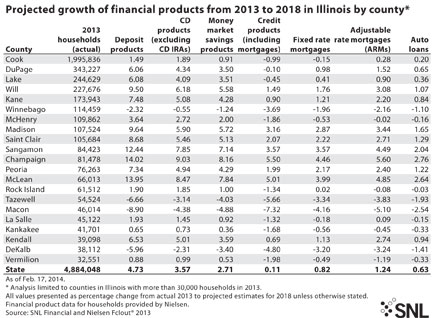 Merrett said banks in the more rural parts of Illinois have many agricultural lending opportunities, but they need to consider how they will be impacted by persistent population declines. Fewer producers in a given area may create less demand for loans and may require banks to gain scale or look elsewhere for new opportunities—much like the farmers they serve.

Itasca, Ill.-based First Midwest Bancorp Inc. has a foothold in both sides of Illinois: It is the largest agricultural bank in the state, and manufacturing still represents the largest part of its C&I book, but it also has a strong legacy presence in Chicago's collar counties, COO Mark Sander told SNL Financial.

According to Nielsen data, some of the collar counties surrounding Cook County, such as Kane, DuPage, Lake, and Will, are expected to show growth rates in average household balances for financial products like deposit products, CDs, and money market savings products that are above projections for the state as a whole.

Merrett said Bloomington's growth is due in part to the presence of State Farm Mutual Automobile Insurance Co., as well as the county's central location in the cross-section of major thoroughfares and its proximity to several colleges and universities.

Sander said the metropolitan area is "appealing" for banks with a strategy and culture like First Midwest, though the company is not currently in the Bloomington marketplace.

"I would say there are a few markets downstate that we'd like to be better in," Sander said.

Upstate, the city of Chicago is an anomaly compared to the rest of agrarian Illinois — a huge metropolis that extends outside of Cook County into five collar counties. The city's demographics show wide variation in terms of population growth and income, said Chicago demographer Rob Paral, principal at Rob Paral and Associates.

In Cook County, where Chicago is principally located, ESRI forecasts population growth of 1.61%, hitting 5.3 million by 2018. This trails the 3%-plus expansion rate projected for nearby Kane County, where the cities of Aurora and Elgin are partially located. And nearby Kendall County, just outside Chicago's collar counties but close enough to be in the metro area, is forecasted to experience 9.17% population growth, the highest percentage out of all the counties in the state.

Despite the projected five-year growth, Paral said Chicago's population has declined in the last two censuses. He said migration trends instead benefited Elgin, as a large Latino population has encouraged more immigration and large families, while the suburbs flourished with middle-class families because they are "transportation nodes" near trains.

While Chicago offers a relatively affordable cost of living when compared to large cities like New York City; Washington, D.C.; or Los Angeles, Paral noted that Chicago has neighborhoods ranging from extreme poverty to extreme wealth. That stratification may continue if middle-class families and immigrants continue to migrate to the suburbs. Cook County's median household income is projected to grow 16.57% between 2013 and 2018, potentially hitting $60,697 by 2018. In Kane, that projection is 19.17% and $80,230. In Kendall, it is 13.25% and $90,915.

Cook County is a competitive market for banks, but Sander said First Midwest is looking at expanding more in the area, diverting resources to fuel its growth and extending the bank's reach from its legacy bases of Will and Lake counties. He said the bank looks to hire the right lenders to create quality teams in both general areas and specialized industry niches.

At present, JPMorgan Chase & Co. dominates market share in Cook County, with more than 200 branches accounting for 17.85% of deposits at banks and thrifts. In nearby Kendall County, Old Second Bancorp Inc. has four branches with $223 million deposits and a 15.86% share of the market. For this analysis, SNL capped deposits at each branch at $500 million. 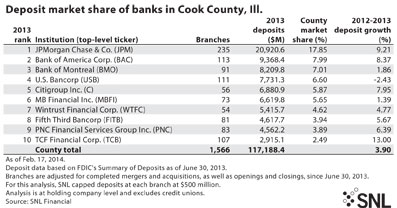 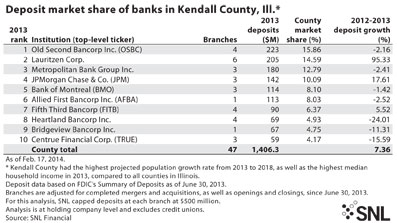 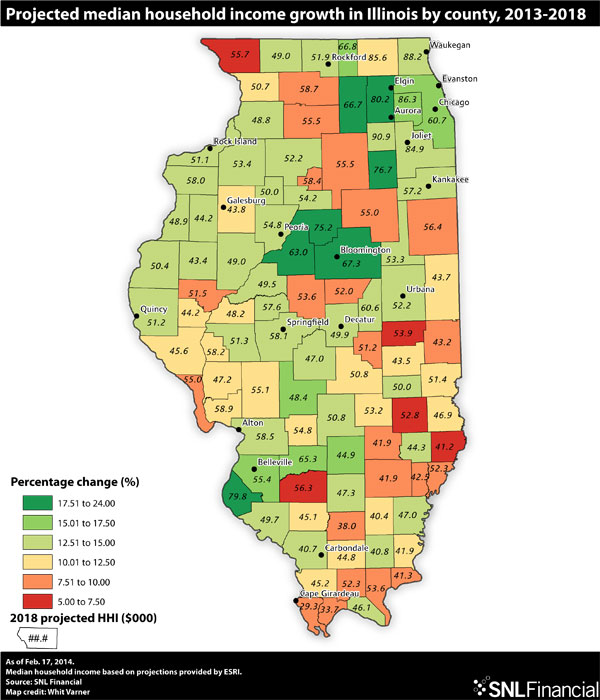 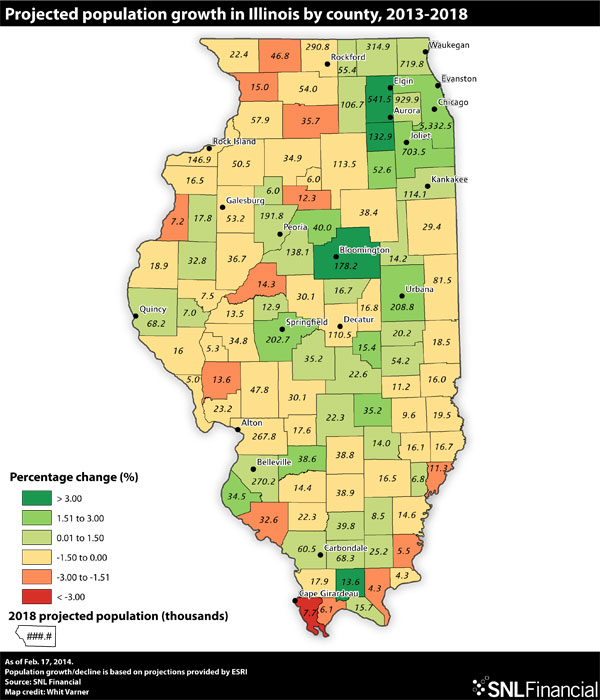