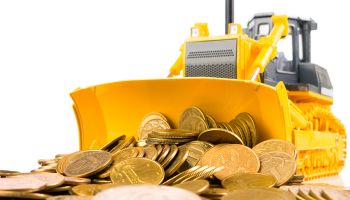 It’s a good thing the holiday season was over, in February. Any merchant whose public address music system broke into, “Let it snow” just might have snapped.

FirstData’s SpendTrend report for February found consumer spending hurt by continued severe weather in many parts of the country.

However, that was only Mother Nature’s impact on spending. There was also Uncle Sam’s to be considered.

SpendTrend, which is based on actual point of purchase spending in FirstData’s payment networks, found that expiration of emergency unemployment insurance programs and reduction in food-stamp benefits also cut into consumer spending. Low growth in income also stymied spending growth.

On the other hand, First Data also reported some offsetting by improvements in house prices and stock market levels.

“While the overall picture of the economy has been one of improvement, a reacceleration of job growth and income growth will be the main spark for higher spending growth,” First Data analysts wrote.

The study found that dollar volume growth remained positive for February, at 2.4% year over year, but it was slightly below January’s growth rate.

“Spending growth gained momentum near the end of the month as temperatures turned warmer and tax refunds increased, especially since refund volumes and values were slightly up versus last year,” analysts said.

Credit cards were the most-used payment method, the study found, seeing a 4% growth over January levels.