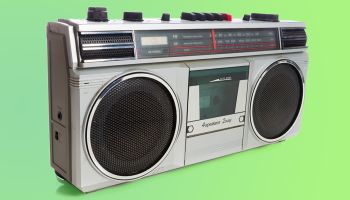 Banks need to prepare for rising interest rates, regardless of when those increases are coming.

Banks expect that long-term rates will eventually rise, and they got a taste of rate increases in the late spring and summer of 2013. But many institutions have done little to position their balance sheets for rate increases, aside from keeping their powder dry or placing bonds in their held-to-maturity portfolios.

Some experts believe a number of banks could find themselves in an asset/liability mismatch if rates rise materially, as funding costs are likely to rise while yields on many earning assets remain fixed. [Banking Exchange Editor’s Note: To see what some community banks are doing, read a recent “Pass the Aspirin.”]

Presenters at a recent SNL-hosted webinar—"The Rate Environment And Your Bank"— encouraged banks to take steps to prepare for rising rates now, and it seems that many banks are entertaining that possibility. Seventy percent of the roughly 300-person audience on the webinar, which was predominantly comprised of bankers, believed that banks should prepare for a substantial increase in long-term rates.

Most banks are not prepared for such an increase, however, said Joshua Siegel, managing principal and CEO of StoneCastle Partners LLC and a panelist on the webinar.

"My general answer would be that not enough banks are prepared," Siegel said during the discussion. "I couldn't say what the minority amount is but a minority are really prepared and they should be thinking about it more actively."

Siegel noted that banks have extended duration and stretched for yield in their securities portfolios, which have grown to roughly 21% of their asset bases from close to 16.5% three years ago, according to SNL data. The lengthening of duration could result in a serious outcome for banks if they do not properly fund themselves, Siegel said.

For instance, if rates increase quickly and banks do not extend durations on liabilities, some banks with sizable amounts of fixed-rate assets could see their margins come under pressure as they are forced to raise deposit rates to retain depositors. Banks with net interest margins of 3.5% might see those compress to 2%, 1%, or even lower for a period of time, said Siegel.

"The bank could be very compressed on its net interest margin or negative if they don't carefully think about this. This is what happened in the 1980s which was funding short and lending long," he said. "We're not anywhere near that mismatch that we saw in the 80s but directionally that's what more banks are doing to maintain profitability and that's something that they have to think about."

The question of when rates will rise remains a topic of heavy debate. [Banking Exchange Editor’s Note: The Federal Reserve’s recent announcement, made since the webinar, give some indications, but timing isn’t pinpointed.] PIMCO does not believe that a rate increase is right around the corner.

Even if rates don't move materially higher, Chitrang Purani, a senior vice-president and portfolio manager at PIMCO, said that it makes sense for banks to prepare their balance sheets for not only rising rates but also rate volatility. He said that some banks have taken preemptive steps by adding floating-rate and lower duration exposure in their investment portfolios, and noted that those trades could make sense if an institution believes the timing and path of rate increases exceed what is priced into the already steep rate curve. He further said that valuations matter because fears of rising rates have created a strong bid on floating-rate and lower duration assets.

"Pricing as well as rate of normalization does need to be taken into consideration," Purani said during the webinar.

Banks have made other adjustments in their investment portfolios to prepare for rising rates. Some have maintained large cash balances and have also placed more securities into their held-to-maturity, or HTM, portfolios, increasing those books by $79.46 billion in the fourth quarter of 2013, and by $65.54 billion in the third quarter. During the same periods, banks' available-for-sale portfolios, which are subject to market value adjustments on a quarterly basis, declined by $22.06 billion and $52.51 billion, respectively, according to SNL data.

Siegel said that putting bonds in HTM portfolios is one embedded risk that investors have to consider when evaluating banks. He said HTM portfolios lack the transparency that comes with changes in market values, which he noted could change meaningfully if rates move materially higher. Banks also give up liquidity when placing bonds into HTM portfolios, and while most banks currently have ample liquidity given the tremendous growth in deposits over the last few years, that dynamic could change if interest rates rise.

"I would generally think that more banks should be extending their durations by issuing more CDs. There's a downside to that today. You will compress your earnings. It's just like insurance," Siegel said. "The question for a bank [is], do I take a little cost today for the protection of the future."