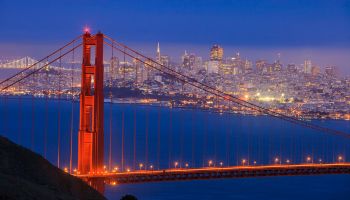 Great market to bank in

"It continues to be a really great market and the banks that are based here continue to benefit," Aaron Deer, an analyst in Sandler O'Neill & Partners' San Francisco shop, told SNL.

Deer said the tech market is fueled by ongoing demand for software developments and forays into a new generation of hardware, from robotics to wearable devices. Tech companies are attracting venture capital operations' attention and, by extension, the interest of banks that back venture capitalists.

As this happens, Deer and others say that new companies and young entrepreneurs are increasingly showing a preference for the big-city amenities of San Francisco, and the closer proximity to potential clients that it affords. Budding companies are claiming more of the densely populated city's limited office space, and their employees, increasing in number and often well-paid, are buying up residential properties, paying top dollar to secure prime locations.

Median household income in San Francisco County is projected to soar 24.22% between 2013 and 2018, more than any other large county in California. 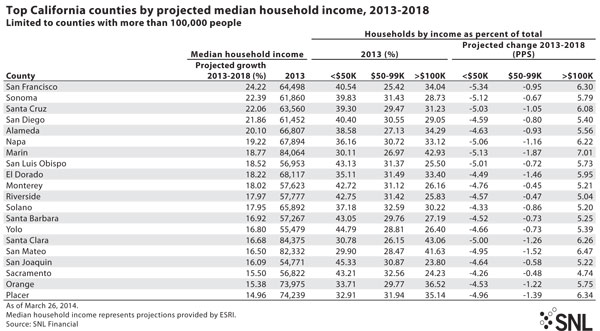 Against that backdrop, not surprisingly, office rental rates are surging. San Francisco, with 25% year-over-year rental appreciation in 2013, topped all other major U.S. markets, according to commercial real estate services firm Cassidy Turley. On the residential side, the median price buyers paid for a San Francisco home in February was $945,000, a nearly 35% jump from a year earlier, according to DataQuick. Sales volume rose 26.7%.

"When there is a shortage of office space, or when people sense there is going to be a shortage, that spurs anyone who may have a need for space to go out and lock up what they can," Anderson told SNL, adding that the same applies to housing in a heavily populated but geographically small city such as San Francisco. "And that leads to rapidly rising prices." 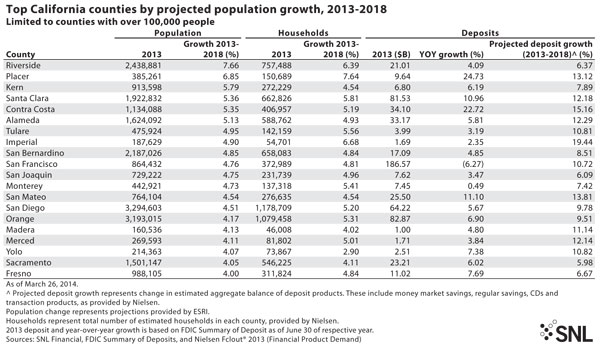 Anderson said rising property values and population gains are strong indications of economic vigor—and the investment that goes along with that creates loan demand from an array of creditworthy customers. In San Francisco County, unemployment stood at 5.2% in February—not seasonally adjusted—according to the California Employment Development Department. That was among the lowest levels of all counties in California and well below Los Angeles (8.9%) and San Diego (7.0%).

All of that, of course, pleases bankers in the Bay Area.

"The pace of new company and intellectual property creation is very strong and the quality of new companies has never been higher," SVB Financial Group President and CEO Gregory Becker told analysts after reporting 2013 earnings. Speaking about the innovative tech industry spanning from San Jose to San Francisco, Becker added, "New industries, new technologies and new opportunities are being created every day, which means the pie is getting bigger."

"By all accounts 2013 was our best year ever," Becker said. "We delivered strong growth across the business." He added that he sees "ample opportunity ahead."

Total deposit products are projected to grow more than 10% between 2013 and 2018 in San Francisco County, according to Nielsen data. 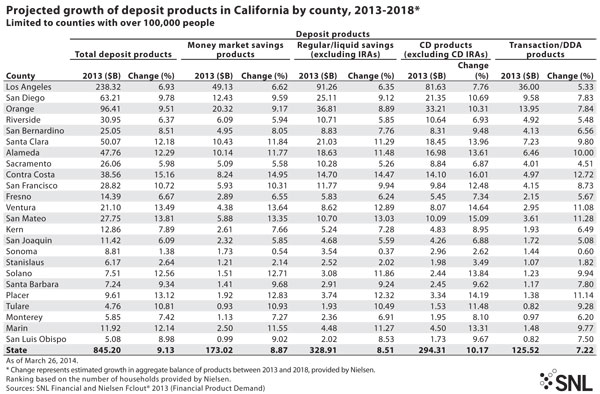 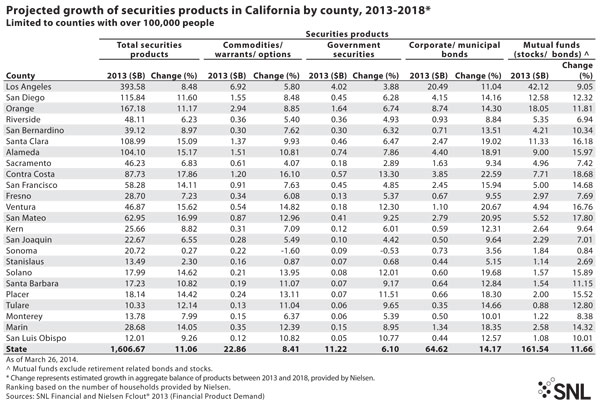 "Their businesses are doing well. Home values are rising, and the prospects for our activities, our banking activities, are very good," he said. Newton noted that roughly a third of First Republic's offices, products and services are being delivered in the Silicon Valley banking area, which he defined as San Jose to San Francisco. "[I]ncreasingly, the technology companies are in San Francisco," he said, adding that employees of those companies often want to live in the Bay Area.

Some clouds over the Bay

The boom in San Francisco, of course, is not without concern.

Trepp's Anderson pointed to worry among the city's middle class that ballooning property costs could price small businesses and many residents out of the market. Longer term, that could affect population growth and the pool of banking customers.

Additionally, when one industry serves as a driving force in a market—technology in this case—concern inevitably mounts about a bubble.

Anderson said some in the Bay Area are starting to talk about a tech bubble. If it were to inflate to the point of bursting, he said, tech companies that took on more space than they needed—trying to plan ahead for future growth—might turn around and unload too much space back onto the market. If tech companies were to curb staffing, homes, too, could get plunked back on market, potentially leading to price drops.

"Once you see that things are strong and there are no signs of it letting up, then usually the next thought is, is there a bubble?" Anderson said.

Right now, he added, the general consensus is that there is "still plenty of room to run."

While there are no near-term indications of a bubble bursting, Anderson said the tech firms are sensitive to and respond to what is happening in the stock market. "So far, things are good there, but that could turn around, and with the stock market it can turn fast, and if that happened there would be concern," he said. 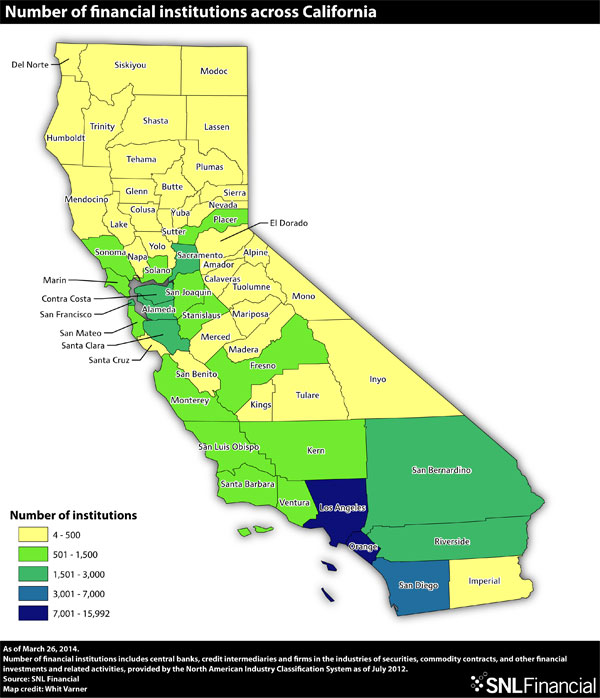