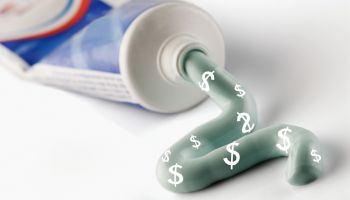 The share of non-prime consumers obtaining credit card accounts is rising while the card delinquency rate fell compared to the year earlier. TransUnion, announcing this finding, says the combination indicates a card market that continues to return to post-crisis health.

The latest TransUnion Industry Insights Report found that non-prime borrowers accounted for 28.95% of all new credit card in the fourth quarter of 2013, up from 27.28% in the final quarter of 2012.

This is still “early days”—TransUnion points out that in the final quarter of 2007, the non-prime group accounted for 37.58% of new credit card loans. However, the company considers it a sign of a healthier credit card market because delinquencies have continued to fall at the same time.

Toni Guitart, director of research and consulting in TransUnion’s financial services business unit, says researchers found that much of the growth relies on the “near-prime” slice of the non-prime base, rather than the sub-prime portion. (The company defines the entire non-prime group as consumers with a VantageScore 2.0 credit score of less than 700.)

Guitart says this indicates that lenders have found methods to distinguish the near-prime group’s credit sufficiently to provide more of them with cards. In the past, he said, such consumers would have been more on the edge of mainstream card credit and more typically might have obtained cards from specialty issuers.

Guitart added that the increased effort indicates that more lenders are moving back into active marketing and promotion, and further away from being hunkered down, in loss mitigation mode.

Overall, however, Guitart said, while more credit is available than had been the case a few years ago, outstanding credit card debt is growing at a much slower rate, historically.