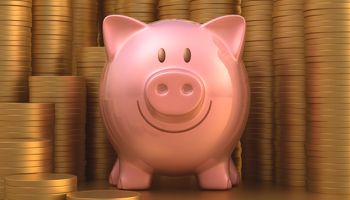 Banks have continued to move past the low point of the credit cycle as credit quality improves, a fact that has eased some deal talks and improved pricing, observers said.

It has also shifted the focus of many in the industry away from legacy asset issues and to the current underwriting environment, where some have warned of increasing duration and credit risk, as bankers try to avoid the mistakes of the last cycle.

During the first quarter, industry net charge-offs fell to 0.52% of average loans, marking the lowest ratio of net charge-offs to average the industry has reported over the last nine quarters. 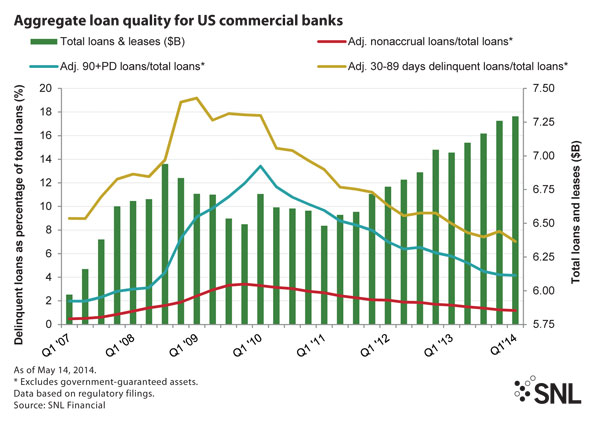 Industry observers said the improvement in charge-off levels has helped to grease the wheels of the deal environment, where large credit quality problems are now far less likely to hold up deals. Better credit quality has also helped potential targets both in getting deals closed and fetching better prices in the M&A market.

"It's kind of presented to be a backburner issue," said David Ruffin, the co-founder and managing member of Credit Risk Management LLC.

In fact, according to SNL data, the industry's credit quality improved in the aggregate across a variety of various metrics. The industry reported its lowest aggregate measures since the onset of the credit crisis in adjusted nonaccrual loans, adjusted OREO, adjusted nonperforming assets—which fell to $204.69 billion from $210.88 billion in the fourth quarter—and loan loss reserves.

With problem assets bottoming out, buyers are "able to get their arms around quality easier now than they were a few years ago because the quality of the portfolios have improved and the banks that had issues have taken their hits and gotten [bad assets] off the balance sheet," Mecredy said.

But will portfolios stay green?

Despite all those improvements, there are still concerns about credit among industry observers—though many of them are now more forward- than backward-looking, as bankers try to avoid making the same lending mistakes that doomed so many of their competitors or led to major headaches earlier in the cycle.

"We are seeing a little bit of more concession in terms of lack of loan covenants, some chasing of price, and that puts the community bank at risk because they are not as capable of sophisticated pricing … so they may be taking some pricing risk if they are chasing some quality," Ruffin told SNL.

He said another worrying development in the deal environment is that some bankers and investment bankers are taking a looser due diligence approach—with his firm sometimes being called in to conduct due diligence in a weekend, something he said had not occurred since the financial crisis.

Not so tasty OREO

Other problems may be lurking on the balance sheets of some banks who quickly moved problem real estate assets into OREO and may not have taken a full loss yet.

"We're seeing in due diligence and hearing from the regulators, particularly the OCC, that there is actually more risk embedded in OREO right now than in some of the loan books," Ruffin said. Banks who have done this are hoping that incremental improvements in the real estate industry will soften losses by the time their institutions work down that OREO, Ruffin said.

Still, for the moment the industry continues to see a normalization of asset quality that was much needed, leaving many worries about current underwriting an issue for the future, according to Ruffin. "Those are really tomorrow's problems and won't surface until later in the cycle." 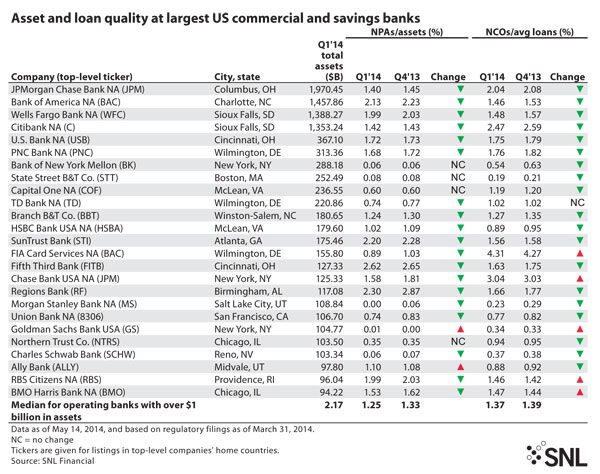 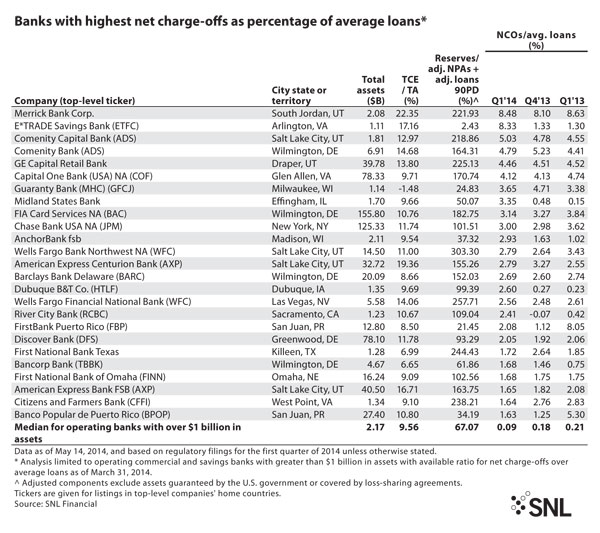