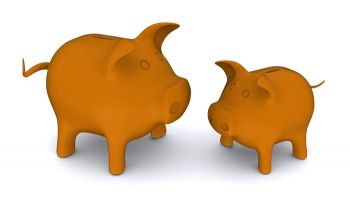 But in an interview with SNL Financial, he said M&A interest among regionals is increasing as banks look to outgrow mounting expenses in an era when significant organic growth is difficult to muster amid moderate loan demand and low interest rates.

Larger regional banks have mostly avoided M&A in recent years, but there are signs this year that this is changing. Packles noted:

The three deals rank as the top three largest announced this year, according to SNL. Packles and his colleagues advised OneWest and First Citizens Bancorp. in their respective negotiations.

Packles has worked at BofA Merrill Lynch for more than 15 years as an investment banker. In that time, he has advised on more than $350 billion of M&A and capital transactions.

The following is an edited transcript of his conversation with SNL.

SNL Financial: We have seen a fair amount of bank M&A involving smaller buyers and targets, but very little involving big banks. Why is that, and could the situation change?

Now, for banks at $100 billion [in assets] and below and $50 billion and below, the level of dialogue has increased, and that has gotten people more excited. But at the large, large level, the regulatory dynamic has to solidify. …

The top three or four, what people think of as the universal banks, they are going to be out of the M&A business [in terms of buying bank holding companies] for the short- to midterm. There's no question about that. Long term, who knows?

Packles: I think that is the focus. The regulatory dynamic at that level breeds significant caution. That's a lot of the reason. … Are there deals that could make sense for those institutions? Yes, there are. But given the regulatory dynamic and the sensitivity across the country with regard to too-big-to-fail banks, that dynamic really wins the day versus anything else at this point in time.

SNL Financial: And what about your thoughts on a level down from the top four bank —the super-regionals?

Packles: In that bucket, it is a tale of two cities.

Most are extremely cautious, I would say, for similar reasons as the largest institutions. But there are a select few, without going into any names, that if their dream deal does surface at the right price, that could change this dynamic … the select few are trying to be very thoughtful about their M&A strategy, recognizing the regulatory considerations, and playing through that.

SNL Financial: What stands out to you most on the regulatory front, relative to the pre-crisis era, when it comes to bank M&A?

Packles: There is much more heightened sensitivity around what you are buying. The cost of doing it wrong has been magnified. … There is this one deal that everyone talks about in the Northeast [Buffalo, N.Y.-based M&T Bank Corp.'s planned acquisition of Paramus, N.J.-based Hudson City Bancorp Inc., inked in August 2012, has been delayed multiple times amid regulators' concerns over Bank Secrecy Act and anti-money laundering compliance.]

If you announce a deal and do everything right the whole way through but something pops up, it can really slow you down. [Not only in terms of closing the deal but also] with regard to reputational momentum [and] operational costs. I don't think that level of scrutiny and heightened focus existed before the crisis. … The level of scrutiny and potential costs around doing a deal today are that much higher; hence people are that much more cautious.

SNL Financial: What do you see for M&A among small to midsize regionals?

Packles: There is that other group [somewhere between $50 billion and $100 billion—the precise level, he said, is developing now—and all other regionals below]. That's where the conversations, the dialogues are becoming a little bit more interesting today. They have to have the blessing of regulators. They have to have worked very closely—respectfully and thoughtfully—with their regulators to make sure things are in good order and there is a very clean bill of health [on issues including the Bank Secrecy Act, or BSA, and anti-money laundering, or AML].

If that all checks out, I think these institutions will have an advantage in a world where there are not a ton of buyers.

And they will have the support, for the right strategic deal, of their investors. We've seen that. When you look at some of these deals that have gotten announced the last couple months, for the most part the stocks have done quite nicely [following announcements].

SNL Financial: So more regionals, generally, are looking at deals. What are the primary reasons?

Packles: This is against the backdrop that we all know, which is that what's behind door No. 2 is just “steady eddy” [maintaining at a bank's existing size]. But the environment still remains challenging.

When you think about the alternative of not doing M&A and just sticking with your deck as is, and fighting the economy, fighting interest rates, that is not easy. The commentary on that remains very cautious from our leadership in the banking industry. …

And there's only so much cost-cutting that you can do.

We still have a banking system that's very fragmented. We have a lot of banks in the United States, as we all know. … There are many, many reasons for consolidation to occur. In the event the interest rate situation stays the same, that's a real tough revenue environment. The cost angles are getting harder and harder [regulatory costs are rising and many banks have cut expenses elsewhere as much as they can]. But when you integrate with the bank next door, you can take out costs more and more. And on top of that, with the whole conversation we're having about the future of the bank [banks are reducing branch counts and investing in new technology to reach customers online], when you have an integration going on at the same time, you have a lot of levers to pull there.

With rates where they are, it's hard to get M&A out of the conversation. M&A makes sense, and will continue to make more sense, as this economy continues to go up and down. … It is a way to add value to shareholders. … And you have an investor base that has historically been comfortable with bank M&A.

SNL Financial: What if the economy gains significant momentum in the near future and sustains it? Do you hear concerns from regional banks, potential buyers, that an integration might slow them down or distract them from lending more within a booming economy?

Packles: We're hearing a little of that, there's no question. … But there are operators out there that are very good at integrating banks. And even with a pickup in the economy, we have confidence these guys can get this right. … [There also are] a large number of very good integrators that could expand outside of their existing regions to another part of the country. We have 100% confidence that they could drive 1,000 miles left, right, up or down and operate very well in another region.

SNL Financial: With regard to the economy and operating conditions for banks, could you talk more about what you are hearing? There's been a lot of up and down, back and forth, but how do you view things right now?

Packles: It's a more stable environment, not robust but not significantly weak. The observations that we are hearing from [bank] friends are that loan growth is fine—not great, not horrible, but loan growth is fine. [Net interest margin] pressures remain and cost cutting continues to be the name of the game. But in the inning we are in now with regard to that, people are being a lot more cautious to [avoid] cutting into and hurting future revenue generation. We've been slicing through this economy for a while now.

Banks have been through the first and second rounds of cost cuts. When you start going deeper and deeper and deeper, you debate whether you are getting into bone. And when and if the economy does recover—and some people actually think we are at an inflection point, or coming to an inflection point—[some bankers worry], did you cut too much and can you turn it around when your competitors may not have cut as much?